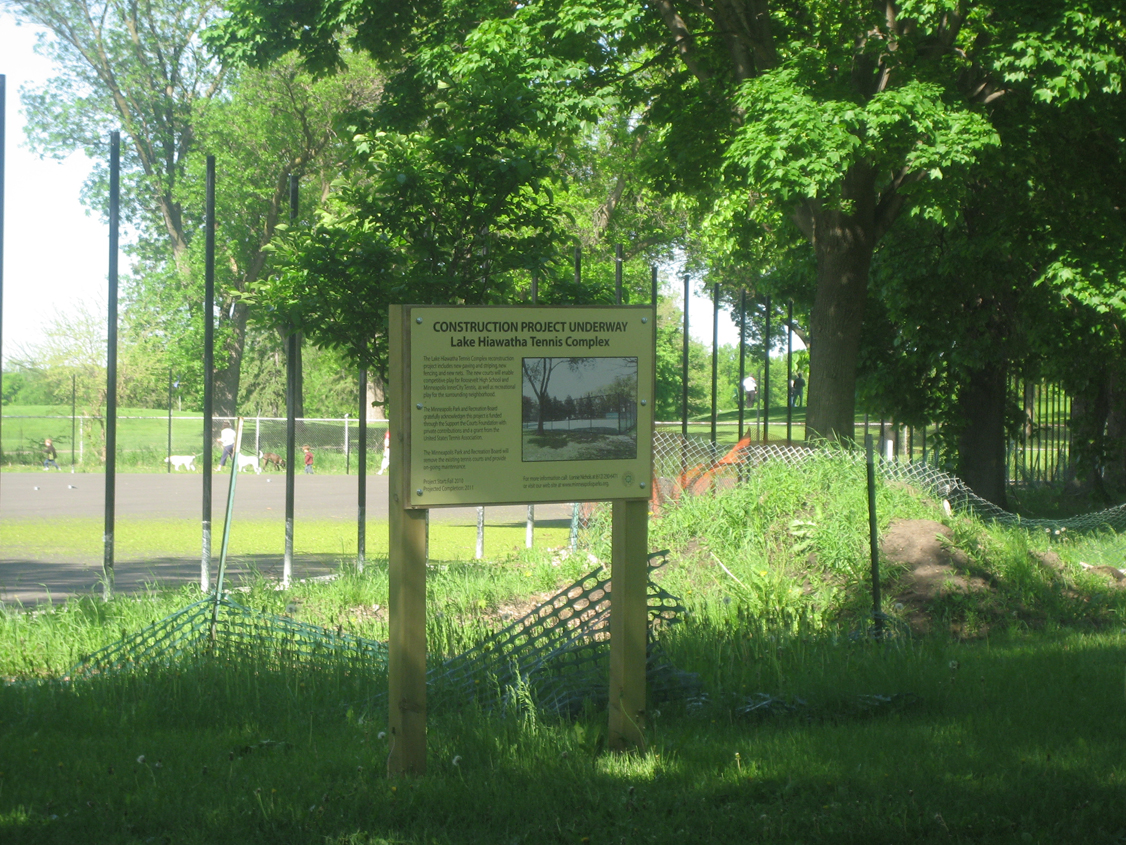 The tennis courts have sat halfway done since last summer.

Lifetime Standish resident Sheryl Furness is disappointed in how long it has taken the city to complete the tennis court project at Lake Hiawatha Park (43rd and 25th). “I didn’t think they would leave it a mess for over a year,” Furness said.

“I was one who was supportive in rebuilding the tennis courts but have been disappointed at how how badly the whole area looks and that it has sat unattended since the end of last summer,” noted Furness.

So she contacted the city to see what was goign on. “Recently I sent a note to [Minneapolis City Council Member ] Sandra Colvin Roy regarding the timeline on finishing the tennis courts.  She forwarded my note to [Commissioner] Carol Kummer and she sent it on to Michael Schmidt, Assistant Superintendent of Park and Recreation,” Furness said.

She was told that Schmidt is in contact with the donors and the contractors. The goal is to finish the court rehabilitation by the first week of June.

Some local residents objected to expanding from three courts to five because it would eliminate a play area around the courts, Furness noted. Others worried that if Roosevelt High’s students used the courts, there wouldn’t be enough time left for local residents.

“I, personally, was thrilled because the courts were a disgrace. I think they were built 50 years ago and had never been updated. So, I think anything would be an improvement,” Furness stated.

According to the Minneapolis park web site. Support the Courts is funding the reconstruction and new fencing of the 23-year-old complex. Funding for the $172,000 project includes a $50,000 private contribution and a $5,000 grant from the United States Tennis Association; fundraising efforts continue.