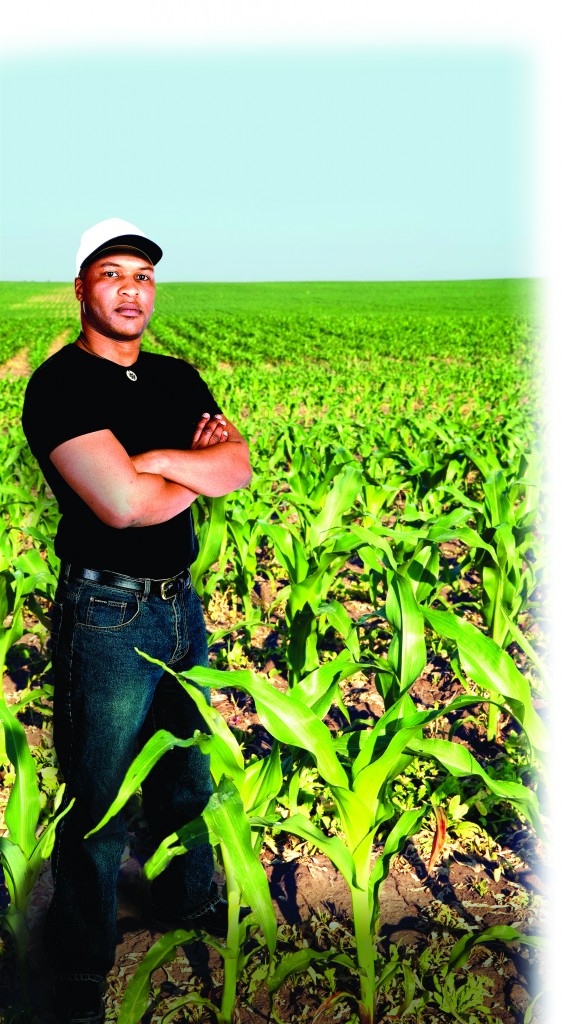 The American people should take notice of what the Occupy Wall Street movement is doing across the country, said former Obama administration member Shirley Sherrod Thursday, November 3, at St. Paul’s William Mitchell College of Law. “Somebody needed to rise up and say what’s happening in this country is not right. I appreciated them for standing up.”

A longtime board member of the Farmers’ Legal Action Group (FLAG) and at one time the organization’s president, Sherrod was the featured speaker at the 25th anniversary of the nonprofit law center that serves family farmers. Her nearly 30-minute speech mainly focused on race and poverty.

The U.S. today “can’t seem to be able to support the family farmers and others who are the backbone of the country,” Sherrod pointed out. “When you look at how poverty has increased, and continues to increase, something has to change.”

Poverty is no longer restricted to just urban areas or rural locales, continued Sherrod.  “We’ve gotten to the point where money is the only thing that people see. Poverty is reaching out into areas where we didn’t think it would get to. It is mind-blowing to me that people can’t see…and we haven’t figured out how to band together to fight.”

The country today is now divided into the haves and the have-nots, stated Sherrod, adding that the late Dr. Martin Luther King, Jr’s dream of equality “is still a dream today. Dr. King’s dream should be our dream today.”

Although she didn’t want to, Sherrod did briefly talk about the unfortunate events that propelled her into the nation’s spotlight last year after a blogger posted a distorted video of a speech she gave in which she supposedly said that she had denied help to a White farm family.

“I learned about the existence of that tape five days before you learned about it,” the former U.S. Department of Agriculture (USDA) Georgia rural development director told the audience. Even though she immediately alerted USDA officials, “They chose to do nothing.”

Instead, a few days later, “They asked me to pull over and submit my resignation on my Blackberry” while she was driving in rural Georgia, at least four hours away from home, she recalled. Sherrod was fired by USDA without an investigation.

After the truth came out days later and President Barack Obama called her to apologize, Sherrod chose not to return to her job. “I’m not a racist and spent my life working for justice. When you do the right thing and you don’t have anything to hide, you don’t have to worry. All I did was to tell the truth,” she said.

The Georgia native, who grew up on a farm, told the audience she originally didn’t want to spend her adult years living on one, yet alone working for farmers’ rights, admitted Sherrod. “I didn’t appreciate at the time what my fore-parents had done.”

She clearly remembers her feelings about wanting to leave home as soon as she graduated from high school. “I didn’t intend to have anything to do with farming,” she said smiling.

However, after her father was murdered when she was 17 years old, Sherrod got involved in civil rights as a college student during the 1960s, beginning with her involvement with the Student Nonviolent Coordinating Committee, where she met her future husband.

The Sherrods later helped start New Communities, a 6,000-acre collective farm, which at the time was the largest tract of Black-owned land in the U.S. It was designed to provide an equitable and sustainable model of affordable housing and community development while providing Black farmers the opportunity to farm land securely and affordably.

“We the people have to take a stand to bring the change we need to happen,” said Sherrod.

“I thought her speech was right on,” said audience member Collie Graddick of Community Table Cooperative. 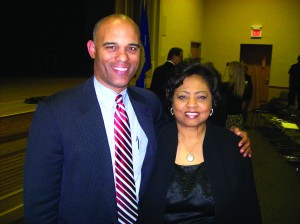 FLAG, a national organization that opened its offices in St. Paul in 1986, “provides legal services and support for family farmers across the country,” said Executive Director Susan Stokes. According to the USDA’s 2007 agriculture census, there are over 30,000 Black-owned farms among the over 2.2 million farms in the U.S. Based on USDA data, of 4,710 farms in Minnesota, 38 have Black operators.

Black farmers, however, often must deal with issues that White farmers usually don’t, noted University of Wisconsin Law Professor Thomas Mitchell, one of two Black FLAG board members. Many Blacks “who are low-to-moderate income don’t make wills” and are losing their land as a result, even if a family member “inherits” it, he explained.

“I have been involved with FLAG since its inception,” added Edward “Jerry” Pennick of East Point, Georgia, who is a director for the Federation of Southern Cooperatives. “Everybody is part of agriculture — you either produce or you eat. Basically, the African American farmer has the same problem as the White farmer — it’s just compounded by racism. We still have to fight class and race.”

A longtime class action suit by Black farmers against the USDA finally was settled last month. Known as Pigford II, it was the second of two lawsuits that charged the USDA discriminated against Black farmers.

The first suit was filed in 1999, and the USDA agreed to pay Black farmers around $1.03 billion in cash relief, estimated tax relief, and debt relief. However, almost a decade later and after thousands of claims were not considered because they were submitted after the settlement claims deadline, a second Pigford suit was filed.

President Barack Obama signed legislation in December 2010 that would provide $1.15 billion to fund the settlement beyond the $100 million provided in the 2008 Farm Bill.

Sherrod’s speech “was timely and important to all of us,” said Stokes, who calls the former USDA executive “a personal hero.” She added that all farmers are being hurt by the country’s current economic climate, and as a result, agriculture “is seeing a great polarization among those who are doing well and those who are not. [Sherrod’s] message is speaking clearly to that issue.”

“There is so much work still needs to be done,” concluded Sherrod. “We need people in the right mindset — people who want to give back.”