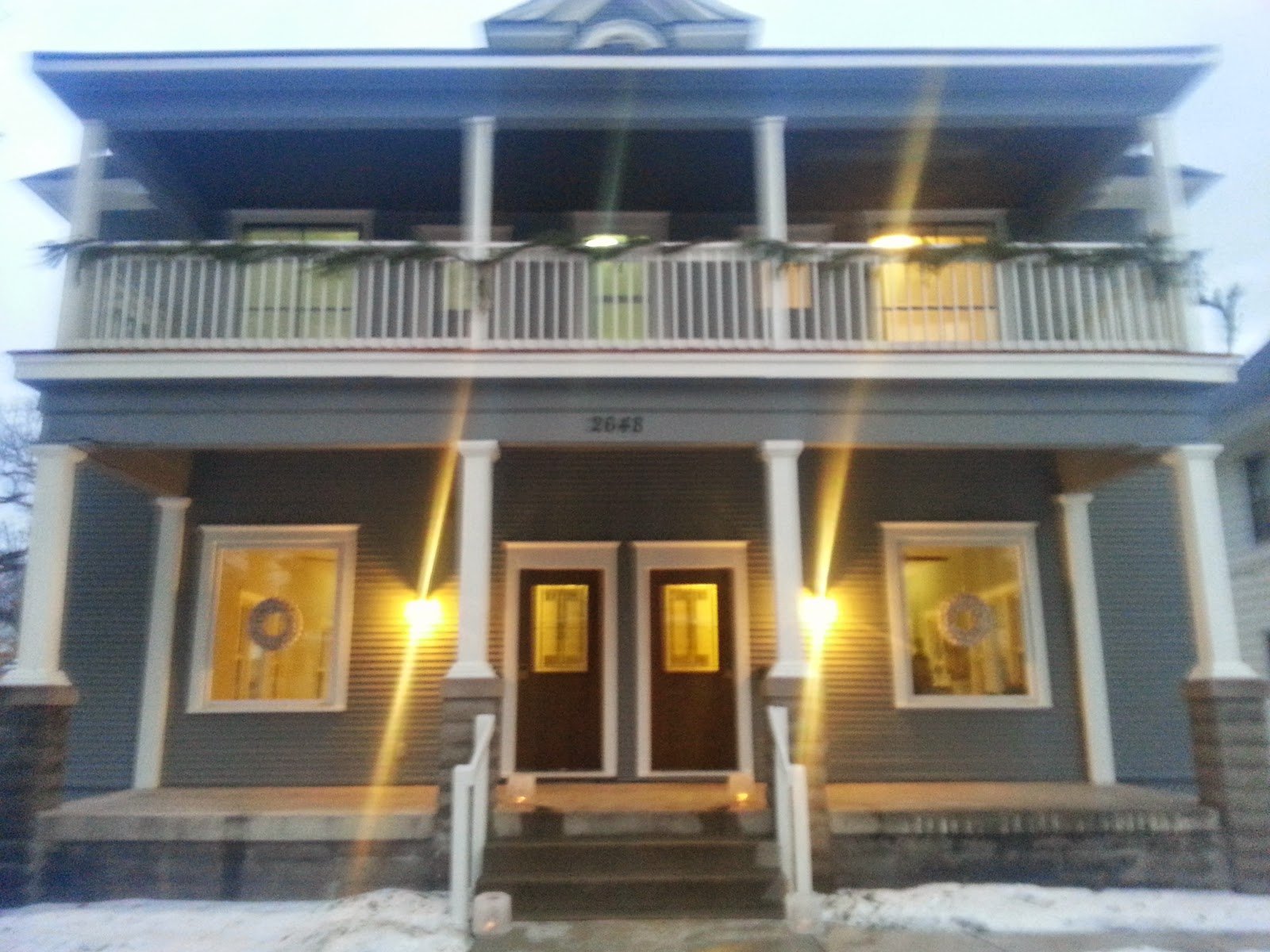 The Sheltering Arms House, at 2648 Emerson Ave N, had a pre-open house on Saturday.  For those looking to read up on the recent history of this house, most of that was covered first on Johnny Northside, and later on this blog – each hyperlink will take you to that blog’s “Sheltering Arms” search results.
In short, however, the home was built in 1891 as an orphanage for the Sheltering Arms Orphanage.  It is believed to be the first or among the first orphanages away from the main campus on the Mississippi riverfront.  The orphanage was the precursor to what is now the Sheltering Arms Foundation.
It’s worth repeating that the Sheltering Arms was run by a group of twenty-five Episcopalian nuns, dedicated to serving needy children “without regard to race, color, or creed.”  A women-run organization with that mission in eighteen ninety-one is a part of this city’s history that most definitely needed to be preserved.
In a smaller sense, this house had its own place in north Minneapolis history as well.  That’s because…

…it was the first time (among this generation of preservationists, at least) that people took a stand against what was then an escalating number of city- and county-driven home demolitions.

2648 Emerson was bought by the city with the intention of tearing it down and holding the land until new development came along.  This house marked the first time that I started to question the number, pace, planning, and long-term impacts of all those tear-downs.  I started to openly speak out against that, and others joined the chorus.  (Many who had been preservationists far longer than I was, and who did a fair amount of educating me.  By no means should anyone think I’m taking credit for a whole movement.)  It’s fair to say that The Sheltering Arms House was a flashpoint, or a watershed moment of sorts for housing preservation in north Minneapolis.
Another organization that deserves credit for helping to save this house is my former employer, the Hawthorne Neighborhood Council.  After learning of the structure’s history, they took a position that they would not support demolition at least until a historic designation study had been completed.  We looked and looked for developers who could take on a project of this scope.  After each potential suitor turned her down, the city would come to us asking, “Can we demolish it now?”  To which the community responded, “Did you do the study yet?  Then there’s your answer.”  The Sheltering Arms House would be nothing more than dust in the wind if it weren’t for that stand.
Before we get to that suitor, there are two other community tidbits that should be made known.  First, across the street is a house at 2637 Emerson Avenue North.  That house was another one the city acquired for demolition.  The backhoe was parked outside, ready to tear it down, when Nicole Curtis posted a photo of that on her Twitter feed, calling on her readers and fans to contact city hall and demand the house be saved.  After a nearly unprecedented deluge of such calls and emails, the backhoe went away.  But there hasn’t been much movement on the house since then.  Well, I may have an interested party, and if so, I expect the house to be redone in 2015.  Any prospective buyers of The Sheltering Arms House need not worry that there will be a long-term vacant structure across the way.
Second, neighbors from across the alley came to the open house, gushing about how they had been worried foryears that the city would tear down this property and leave a gash of a vacant lot that would attract all sorts of trouble from people cutting through, illegally parking, doing deals, or dumping trash.  That’s a dynamic that I frankly never hear discussed by city staffers or demolition proponents–that vacant lots bring their own host of problems for neighbors to deal with.
So we finally paired this house with a developer – Charlie Browning is is name, and he’s about as genuine of a person as you’ll ever meet.  His company, Charlie’s Angles (yes, that’s spelled “angles”) has done excellent work primarily in south Minneapolis.  A few housing activists have been trying to get him to take a project on over north for the longest time.  We finally did, and the results are nothing short of astounding.  Local architect Alissa Luepke Pier did some design work to help turn the fourplex into a duplex–as an orphanage, the bedrooms were all on the interior and had no windows at all.  Without further ado, the photos:
A few shots of the house before and during construction; click to enlarge each photo. 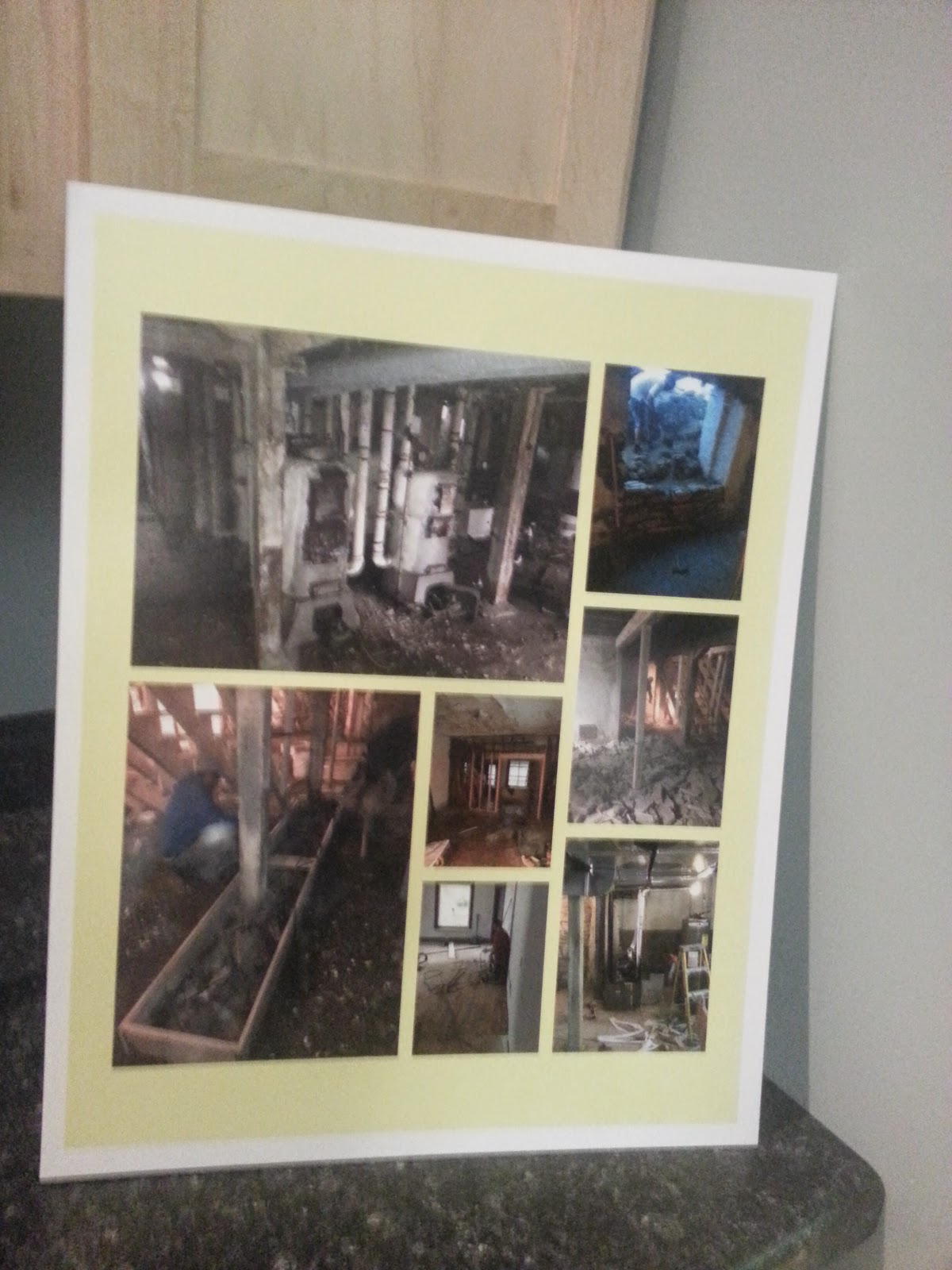 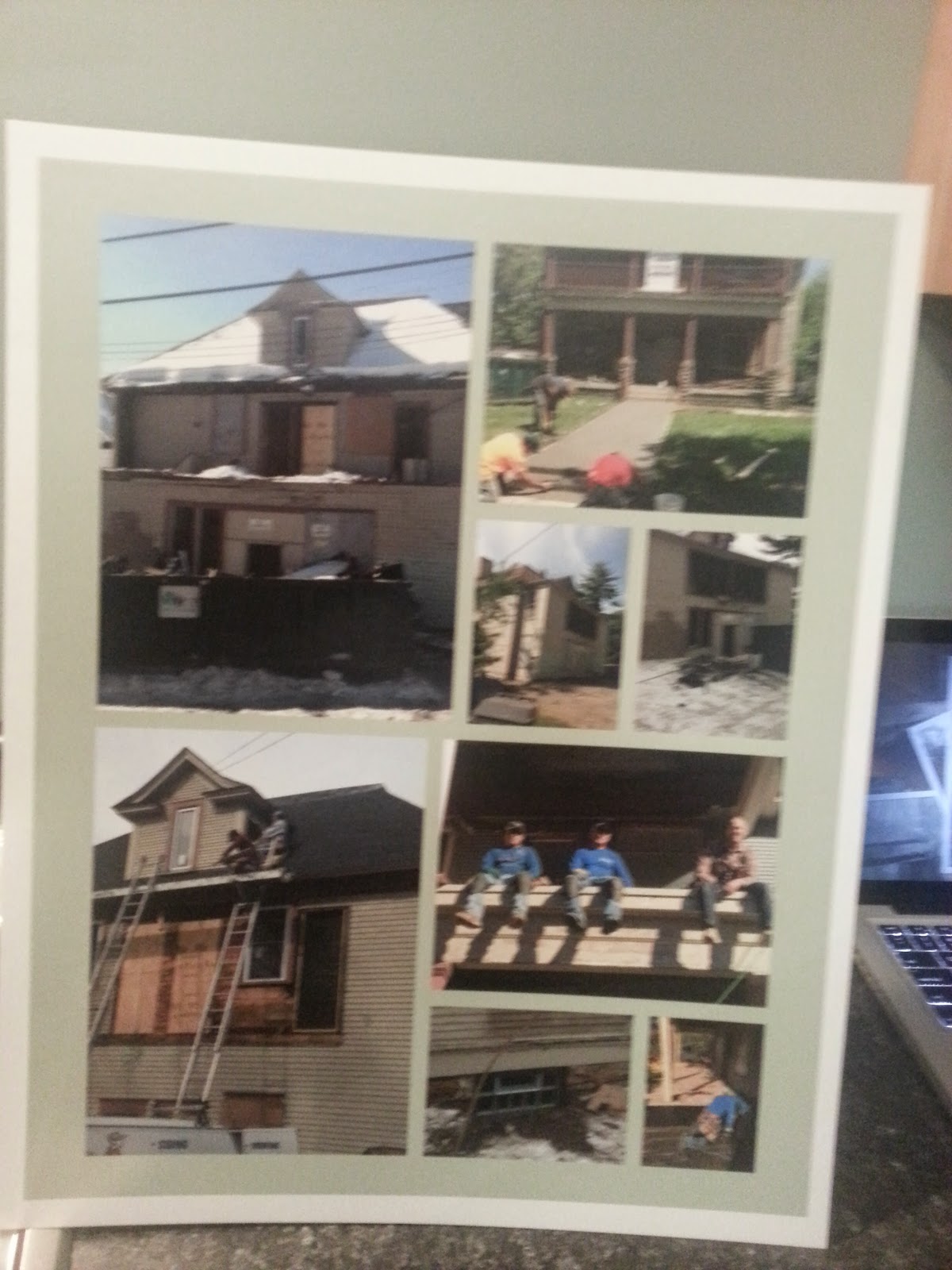 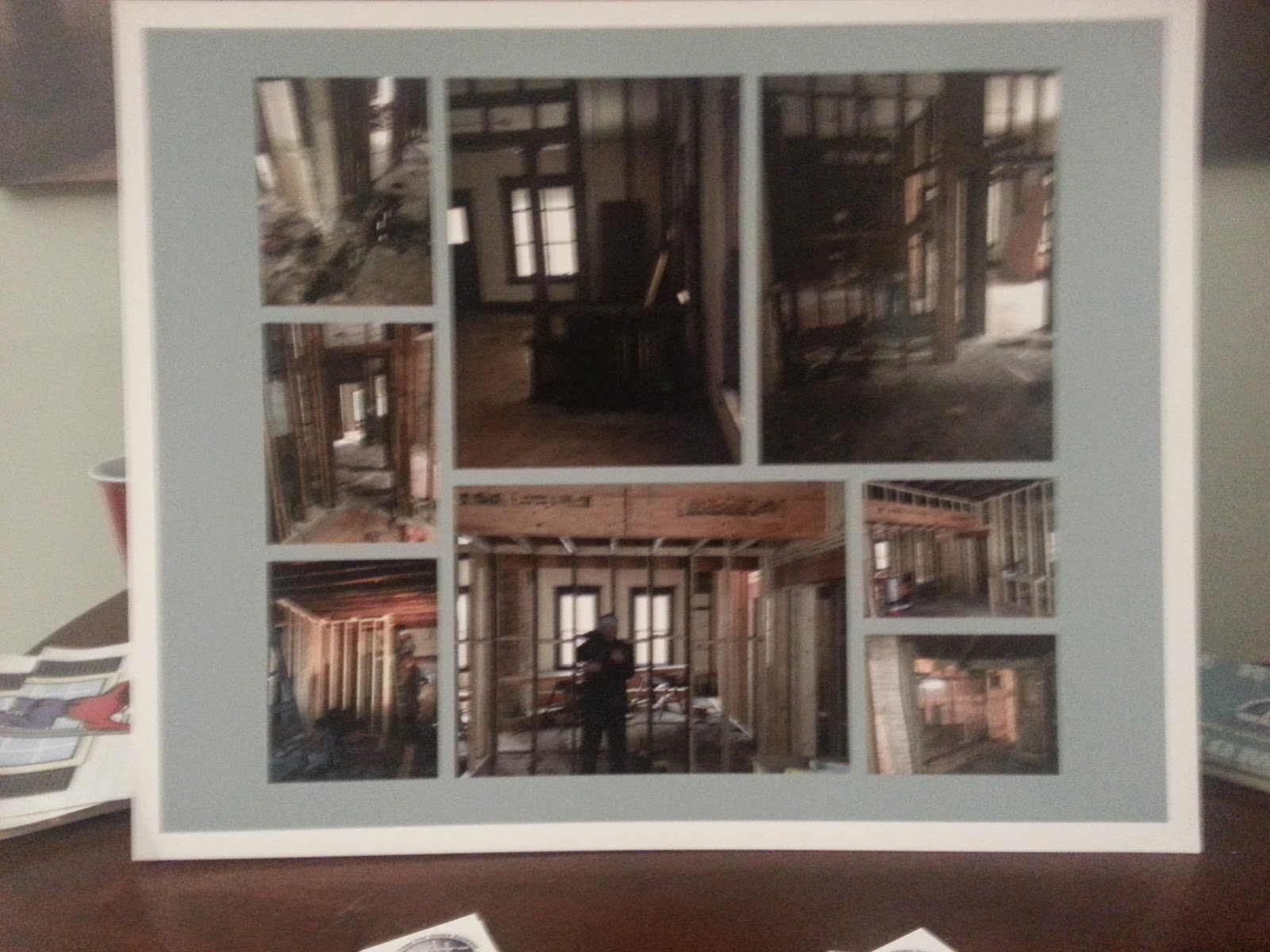 I didn’t even get around to taking photos of the upstairs rooms, but a link to the listing or other photo tours will be posted soon.  And remember, this is a duplex, so all this amazing work is literally twice as good as what you’re seeing here.
The premiere of this beautiful rehab drew not only residents from nearby, but a veritable who’s who of north Minneapolitans and preservationists far and wide.  Council President Barb Johnson stopped by, as did County Commissioner Linda Higgins.  At least seven realtors were there, all northsiders.  And we even drew visitors from as far away as St. Cloud.  Cookie Cart provided refreshments, and there were cookies baking in the oven. 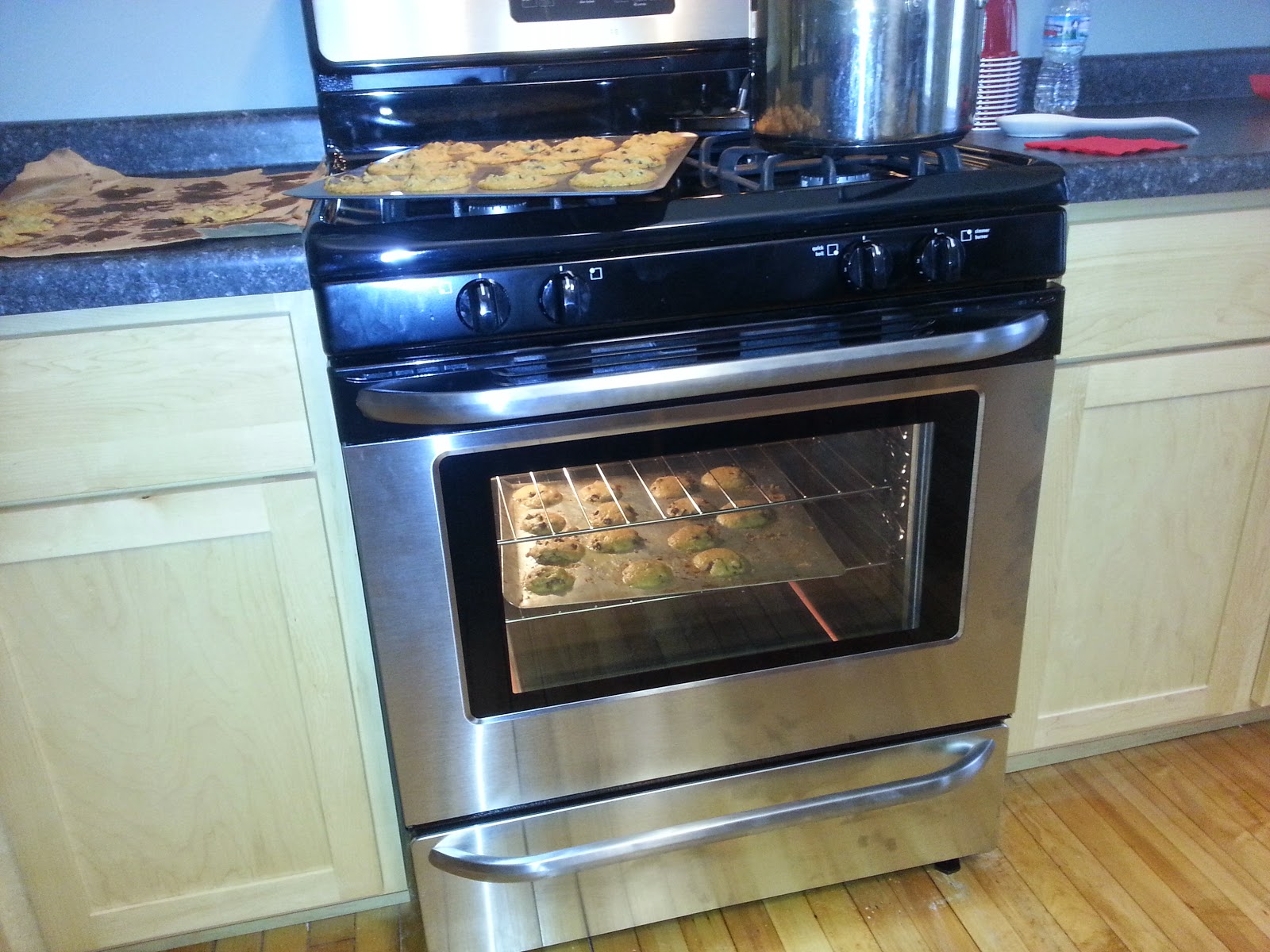 They were baking cookies in the Sheltering Arms House!  Is there anything that makes a stronger affirmation that this will be a wonderful home?  When one thinks of what could have been, that this house could have been a vacant lot, is there anything that celebrates its restoration more completely and succinctly and joyfully than cookies baking in the oven?
The Sheltering Arms House hits the market soon.  A huge thank you goes out to everyone who helped make this happen.
Post and photos by the Hawthorne Hawkman.