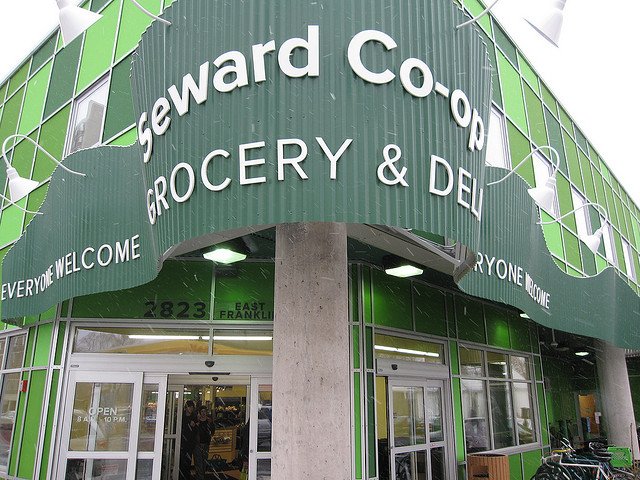 “Will the store cause a rise in rents?” one community resident asked during the July public meeting about Seward Community Co-op’s plan to open a store across from Sabathani Community Center. At the heart of the discussion were questions about race, class and food justice. How can Seward Co-op serve a community that is primarily African American and working class while it currently serves a community that is white and middle class? In other words, can a white-led co-op serve a black community?

A few weeks prior to the community meeting, the Bryant community grapevine had gotten news that a local cooperative wanted to expand in the community. This led many in attendance to believe that the motives of those behind the co-op were not well intentioned. A group of Bryant community organizer/activists, At The Roots, began a campaign to engage community residents in the conversation.

Seward Community Co-op’s partnership with the Carrot Initiative, a group of Central/Bryant residents who have been trying to recruit a store to locate in the local community, created some controversy. This partnership between the two entities seemed to add another layer of confusion to the proposed store. Other community groups suspected the Carrot Initiative members of having a hidden agenda to redevelop the community and push current residents out of the neighborhood.

More than 200 community residents braved the July heat to discuss the expansion of the Seward Community Co-op into the Bryant community. At the center of the firestorm was Seward Co-op, trying to explain the co-op model and the scope of the proposed project and to answer community concerns that ranged from gentrification to systemic racism.

Far from having the deal closed to build the co-op in the Bryant community, Seward leadership had to quickly figure out how to navigate the firestorm. Comments from community residents ranged from supportive to skeptical.