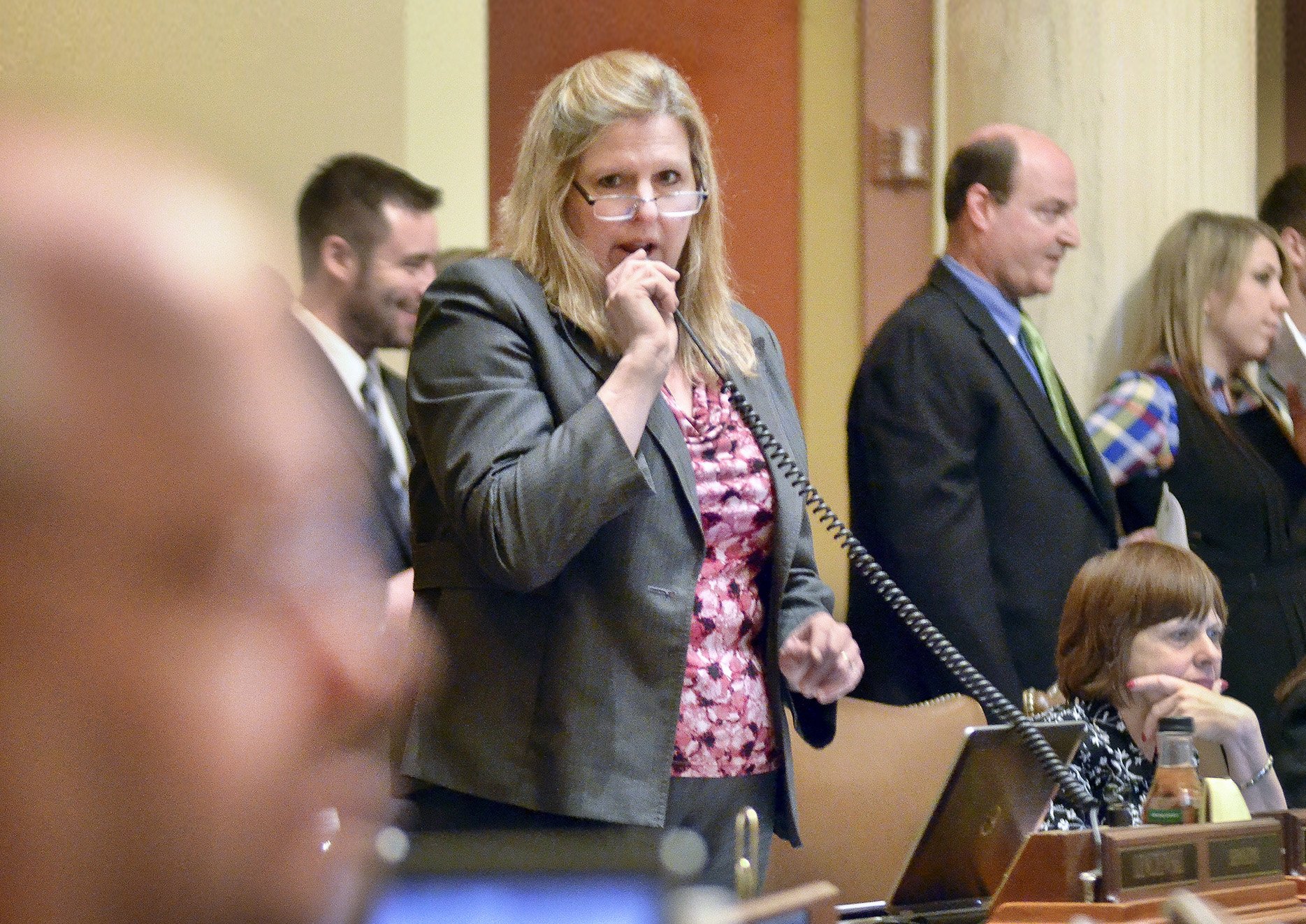 A $103.25 million package of tax proposals aimed largely at providing property tax relief during the current biennium passed off the House floor Friday on a 125-0 vote.

Bipartisan support for the bill was ensured with the adoption of several amendments put forward by Republicans.

HF3167 builds on 2013 property tax relief by providing $45 million in fiscal year 2015, with many provisions continuing on through fiscal years 2016-2017. It is sponsored by Rep. Ann Lenczewski (DFL-Bloomington), chair of the House Taxes Committee. The bill now moves to the Senate where Sen. Rod Skoe (DFL-Clearbrook) is the sponsor.

“For the first time in 12 years, Minnesotans will be paying less in property taxes than they did last year,” said Rep. Jim Davnie (DFL-Mpls), chair of the House Property and Local Tax Division. “This bill further enhances the property tax changes enacted last year.”

As an example, he pointed to the $18 million in relief to farmers “who are getting caught between rising farm land values and falling commodity prices.”

A provision added in the House Ways and Means Committee would allow taxpayers a deduction for 2013 for contributions to Philippine typhoon relief made after March 25, 2014, and before April 15, 2014.

Also, in committee, Gov. Mark Dayton’s “Unsession” request to trim the number of property tax classifications was scrapped. Rep. Greg Davids (R-Preston) successfully argued for an amendment to nix the recommendation saying that small businesses would be hurt by the change, including bed and breakfasts and small family-owned resorts.

Other parts of the bill include:

Rep. Bob Dettmer (R-Forest Lake), retired from the U.S. Army Reserve, successfully proffered an amendment that would exempt military retirement pay from state taxes effective for taxable years beginning after Dec. 31, 2014. This would be limited to $1,500 for each year or portion of a year of military service. In the case of a married couple filing jointly, each spouse would be eligible for this subtraction.
Other Republican amendments successfully attached to the bill include: