The Minnesota Housing Partnership and the Minnesota chapter of the National Association of Housing a Redevelopment Officials (NAHRO) released Out in the Cold: Sequestration and Federal Housing Programs this week.

Surveys of local housing officials found that homeless people and others in need of affordable housing are experiencing greater waits before they can access public housing assistance (Section 8 vouchers), and that the $300 million needed to make public housing improvements is being diverted to operating funds.

The Metro Housing and Redevelopment Authority in the Twin Cities has asked 650 families, including 1,300 children, to move from existing apartments due to cutbacks in public support. Nationally, federal funding for the Housing Choice Voucher program has been cut eight percent since 2010, adjusted for inflation, and support for public housing has been cut by 25 percent. 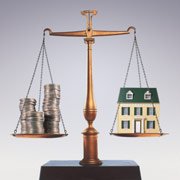 The two groups cited Center on Budget and Policy Priorities research showing from 2,500 and 3,200 vouchers to help pay for housing will be lost to budget cuts by the end of 2014. “Unless sequestration is reversed, cuts to our largest safety net housing programs will force more vulnerable families, seniors, and people with disabilities into unacceptably high housing payments or housing instability,” the report noted. “Some will become homeless.”

In releasing the study, MHP executive director Chip Halbach called the cuts to these proven housing programs tragic. “It is essential that we find policy alternatives,” he said.

MHP said action will be needed at both the state and federal levels to counteract these swelling problems. It called for an end to sequestration and support for a housing bill in Congress (H.R. 1213), called the Common Sense Housing Investment Act. And in Minnesota, MHP repeated its support for $100 million in state bonding for affordable housing.