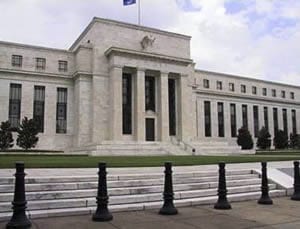 We’ve really gone and done it this time. General government dysfunction in Washington coupled with the implementation of austerity measures in the midst of a downturn has greatly increased the odds of a double-dip recession. The economics team at Goldman Sachs relayed yesterday that:

We have lowered our growth forecast further and now expect real GDP to increase just 2%-21/2% (annualized) through the end of 2012. Since this pace is slightly below the US economy’s potential, we now expect the unemployment rate to be at 91/4% by the end of 2012, slightly above the current level.

Unfortunately, the bad news doesn’t end there. Investor confidence is shaken; the stock market just experienced its worst week since the financial crisis in 2008, and Standard and Poor’s recently decided to downgrade the nation’s credit rating due to “political brinkmanship over raising the debt ceiling.” As uncompromising far-Right groups continue to gain influence over policymaking in Washington (seriously guys, spending cuts in a bad economy? Why? Whhhhyyyy???), the nation may have to look elsewhere to solve its economic woes. To whom can we turn? Right now, swift and decisive action on the part of the Federal Reserve could go a long way to restoring general confidence in the system and quelling economic uncertainty.

In the past, I have fervently defended the Fed’s independence (and will continue to do so in the future). This independence allows the Federal Reserve to conduct Monetary Policy free from the opinions of politicians in Washington and, perhaps more importantly, free from the influence of Conservative ideologues. So what can do the Fed do? Typically, when the economy is doing poorly (as it is now), the Fed buys Treasury bonds on the open market, which increases the economy’s money supply and decreases its interest rates. With rates lowered, people can take out loans for cheap, banks want to hold less money in reserve, and so, the economy speeds back up. The solution to our problems then seems rather apparent: the Fed should lower interest rates. The trouble, however, is that since the start of the recession a few years ago, they’ve already been lowered as far as they can go, down to zero. That means that if the Fed is going to make a difference and play the role of economic savior, it’s going to have to try something else.

Fortunately, the Fed has previously shown a willingness to use unconventional tools to right the country’s ship. During the financial crisis, the Fed engaged in what is known as quantitative easing (QE), the practice of purchasing financial assets from bank with new electronic money in an effort to further stimulate the economy and decrease long-term interest rates. That’s a lot of jargon, I know, but at its core, QE makes the economy go faster. It worked in the past, and we should do it again. The list doesn’t end there: the Fed could also shift the allocation of the current balance sheet-exchanging some short term securities for longer term ones. Or it could reduce the rate that banks pay on excess reserves, which encourages them to make loans. The point is that we can still dig ourselves out of the hole we seem to be falling in. So don’t despair. We have the tools; now it’s just a matter of implementation.

Ultimately, many of our economic struggles seem to be based in confidence-or lack thereof. Washington’s politicians are stymied despite the general populace’s cries for compromise. Usually, people are generally reluctant to turn to Fed…their process is somewhat more opaque than Washington’s perhaps. But if the choice is between allowing dysfunctional politicians to drive our economy into the ground and letting the economic nerds over at the Federal Reserve to tinker and work the bugs out of the system, I’d gladly hand the Fed the keys. Wouldn’t you?