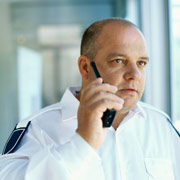 Renita Whicker, a security guard in downtown Minneapolis, raised three children while taking chances that all would remain healthy. Her job didn’t provide health benefits or pay enough for her family to afford health insurance.

“We stood together and did get better pay and benefits,” said Whicker, whose children have now grown up and moved on. “What we really got was a lot of peace of mind for thousands of families.”

Labor groups, people of conscience, and community groups across a wide spectrum hail the SEIU contracts as a victory for labor, families and the working poor. The contracts came after five months of negotiations and a one-day strike by security guards. With various health insurance and working condition benefits, and a $1.20 per hour pay increase spread over three years, the contracts represent a package far greater than just the hourly pay rate, said Javier Morillo, president of SEIU Local 26.

Morillo’s hopeful the contracts work as a benchmark encouraging employers to improve working conditions and lift families out of poverty … “here and in other states.”

“It might be too broad to say we’ve turned a corner for the working poor,” said Aaron Sojourner, University of Minnesota assistant professor at the Center for Human Resources and Labor Studies, Carlson School of Management.

“However, the SEIU campaign is an example of a successful effort by working people, long-time and first-time union members, standing together and winning improved working conditions through joint action,” he said. “They did this, in part, by making their campaign part of a larger push to improve the lives of working families and in alliance with others in the Twin Cities’ communities.”

Sojourner points to the broader solidarity effort by not only Minnesota unions but nonprofit, poverty and social justice advocates who are encouraging lawmakers and Gov. Dayton to increase Minnesota minimum wages and create a smoother road to the middle class.

“The kind of movement within which SEIU Local 26 has improved thousands of its members’ lives is an indication of the labor-intensive work it will take to get this country back on the right track,” said Peter Rachcleff, historian and long-time labor movement watcher at Macalester College. Needs and demands of SEIU allies are as pressing as those of custodians and security guards, he said, citing the Centro de Trabajadores Unidos en al Lucha (CTUL) retail cleaners, the mortgagees in the Occupy Homes movement, public school children of color championed by Neighbors Organized for Change, and college students fighting Wall Street on campuses.

The Local 26 campaign “is exciting because it demonstrates the potential for a process—a planned, intentional, and carried through process—to make the labor ‘movement’ a real movement,” Rachcleff said.

The need to organize for a fairer economy and better wages became even clearer with the recent Minnesota Housing Partnership report noting that a minimum wage earner in Minnesota would need to work 89 hours per week—or 2.2 full-time jobs—to afford renting a modest, two-bedroom apartment.

The report estimated 55 percent of Minnesota renters do not earn enough to afford a two-bedroom apartment at “fair market value” where they live. Twin Cities rental rates, the most expensive in the state, would require renters to earn $17.69 per hour while working full-time, year around.

At current minimum wage rates in the different Midwest states, the housing partnership and the National Low Income Housing Coalition find that Minnesota is the least affordable state for low-income renters. Minnesota requires 89 hours of work per week, followed by Illinois, at 82 hours, Wisconsin, 81, and Michigan, 80.

The cost of housing is only one measure. Pressures on the working poor are magnified by hiring practices that restrict lowly paid workers to less than full-time work, eliminating health care and other benefits.

Morillo, the SEIU 26 president, said the janitors and security guards’ contract victories are being watched by labor and supportive groups around the nation. These groups know how working families have been hurt in Wisconsin, Michigan and Indiana where there are new restrictions on bargaining. “It looks like we [Minnesota] may be changing directions,” he said.