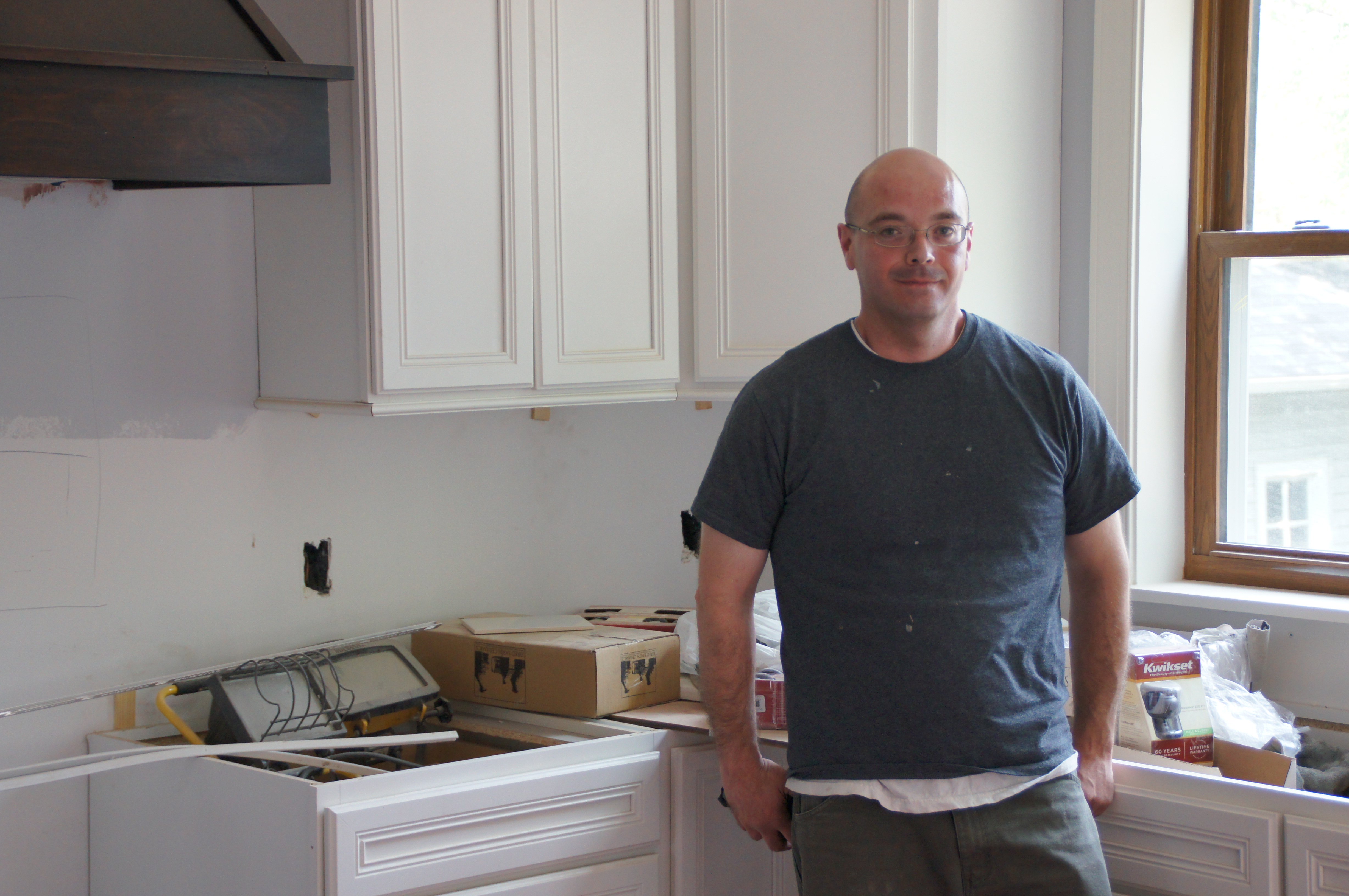 Vincent Lopez, who resides in the Powderhorn neighborhood at a new home he plumbed in St. Paul’s Highland neighborhood. His business, Service Tech Plumbing, LLC is located in Brooklyn Park

The road to becoming a master plumber takes almost as many years of study as that of a doctor – six years to be exact, of classes and apprenticeships and seemingly endless hoops to jump through for certifications and licensing.

Plumbing is something that has been part of Vincent Lopez’s life since he was a teenager working for his dad, a few hours here and there with his uncle, and on some projects with his brothers; Lopez is a known name in plumbing in the Twin Cities. Out of high school he got his union card, then the recession hit and jobs were few. It was time, Lopez thought, to start his own business, and that’s when those long hours came in that would take him from a Journeyman to Master Plumber.

At 32, Lopez is busy running his own business— Service Tech Plumbing— and he’s confident that those hours have made him the best plumber he can be. It was a class he took through Neighborhood Development Center, he said, that made him a better businessman. In fact, Service Tech Plumbing, LLC was just selected as the winner of the 2014 Best of HomeAdvisor Award, recognizing top industry professionals based on exceptional quality, service and value.

NDC partners with the City of St. Paul to offer a small business class that is specifically targeted at small, emerging contractors. The class teaches basic business skills, with emphasis on issues that are specific to contractors, and highlights the benefits and opportunities associated with Section 3 certification, or one that is available to small, low income business owners.

Upon graduation, in addition to being able to bid on government contracts, Lopez was pre-approved for an NDC Contract Financing loan to access working capital for growing his business.

Claudia Osterman and Gene Johnson, who togehter have more than a half-century of experience in the construction industry, teach the class at Golden Thyme Coffee and Café on Selby Ave. Lopez was in the first class and there have been three more since. Lopez said Osterman and Johnson taught him to think through and write a business plan, get his statements and financials together in order to prequalify for a loan, and learn skills like accurate and effective bidding, networking, marketing and billing. Osterman steered him to useful websites and organizations to study on his own. He said he also gained skills and confidence to deal with contractors and clients whom he felt had taken advantage of him financially in the past.

And he learned to get his foot in the door with socially important and potentially ongoing clients like Habitat for Humanity.

Lopez had worked on a Habitat for Humanity project with his father and has bid on several projects since with no success. “I had been turned down so many times I was ready to give up, and Claudia told me not to. I remember coming into class one day and told her I got the contract and the whole class cheered,” he said. One big goal Lopez had when he started his business was to garner enough positive reviews to be considered for the Holy Grail of online recommendations, Angie’s List. Box checked.

Osterman in turn found Lopez a perfect candidate to benefit from the Section 3 class.  “He’s part of a large, competitive industry, but Vincent had excellent family experience with a strong trade background. He followed through with every thing we recommended and was prepared for every class. I know he’ll do very well;