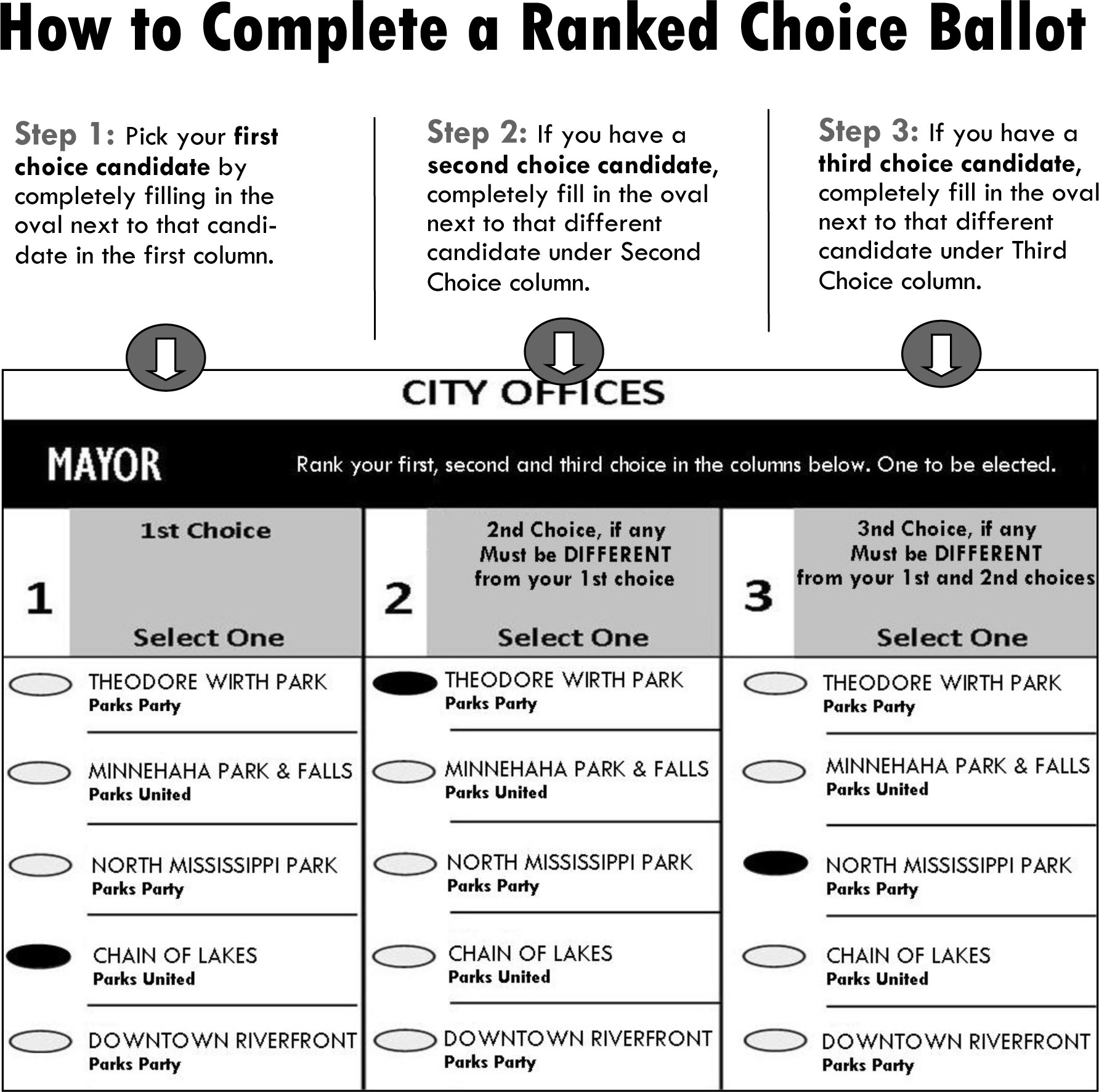 Minneapolis voters approved the move to Ranked Choice Voting in a city referendum in 2006 by a wide margin.

The new system first was used in Minneapolis in the 2009 city election.

Voters who might be confused about Ranked Choice Voting shouldn’t let their questions keep them away from the polls. Election judges will answer questions.

Voters will be marking a paper ballot with a pen just as before, filling in ovals next to the names of the candidates of their choice.

Candidates for each office will be listed in three columns, clearly labeled at the top of each column, for voters to note a first choice, second choice or third choice.

On the ballot, you must vote for only one candidate in each column.

You’re not required to vote for a second or third choice. That’s up to you.

You cannot, however, vote for a candidate as a first choice and then vote for that same candidate again as your second or third choice.

Second and third choices will come into play in the vote tally only if no candidate in single candidate races receives a majority.

The exception: the race for the three at-large seats on the Minneapolis Park Board. For that race, marking your three choices will be important.

If you do make a mistake marking your ballot, don’t cross out your marks. You have the right to ask for a new ballot and start over.

To learn more about Ranked Choice Voting and view a sample ballot, visit the City of Minneapolis election website at www.VoteMinneapolis.org or call 311.