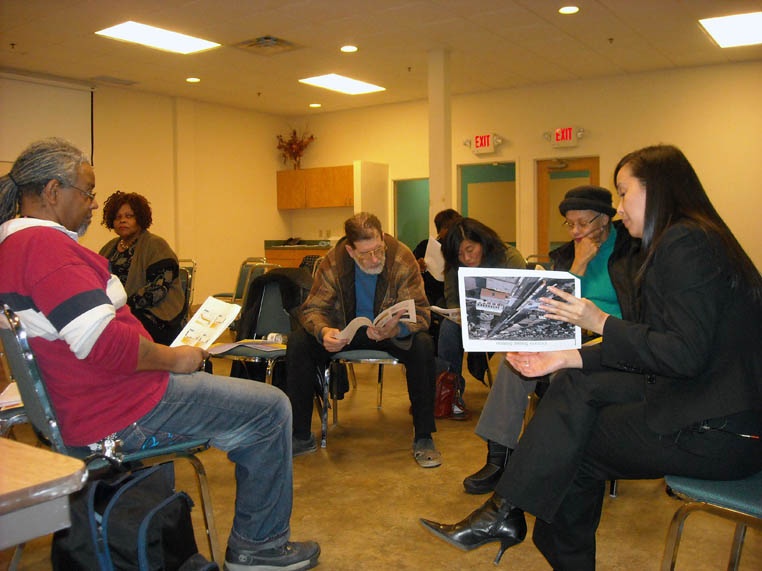 While the first Central Corridor business-to-business forum focused on the concerns and strategies of local businesses along University Ave., the second part of the forum held on February 15 at the Brownstone Building shifted gears toward scheduling logistics, such as specific road closures, construction strategy and even a brief presentation of what University will look like when all the construction is over.

“Construction will start as early as March 1,” said Acting Manager of Public Involvement with Central Corridor, Shoua Lee, during her presentation. “If you’ve seen construction over on the western side, you’ll have a good idea of what it will be.”

Just like last year, the work will be divided into three stages. Stage one and stage two both involve utility work, and stage three involves installing the railway and light rail stations, as well as system installation (electrical).

Construction is expected to last until November of this year, and spans from Hamline Avenue to Robert Street. Just which streets will be opened or closed during construction has been laid out in detail by Central Corridor officials. 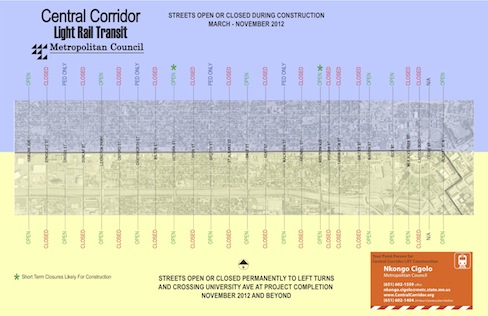 Central Corridor will begin testing the railways as early as late 2013 — sending trains without passengers down the rails before opening the line to public use. Once opened, each train will hold up to 130 passengers, running 21 hours a day, with intervals at each stop at around 7 ½ minutes during peak hours. However, with an 85 percent loss of parking on University Ave., whether the light rail will benefit the small businesses or not is still up for debate.