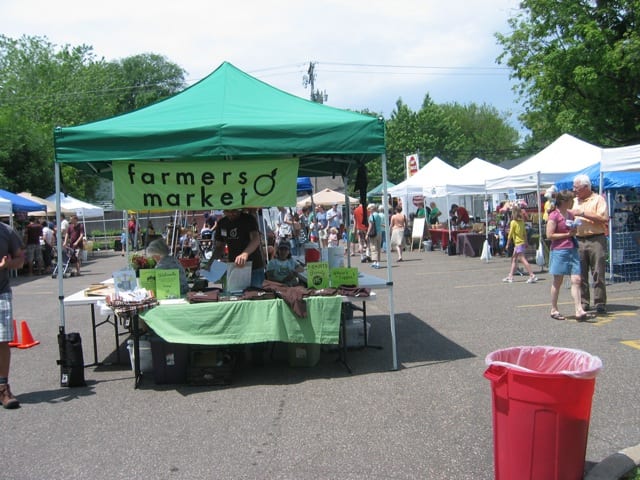 Not what I was trying to find. Photos by James Sanna.

Ah, the Minnesota State Fair.  That yearly quest to explore all the ways your favorite heart-killers could be made even more unhealthy.  As you walk along Judson Avenue, it’s hard to smell the cows, pigs, and myriad other farm animals defecating in the nearby barns.  Instead, with each step you inhale lung-full after lung-full of grease-scented air, a powerful and—for some—intoxicating mix of aromas wafting from cheese curd stands, bratwurst carts, and purveyors of deep-fried candy bars-on-a-stick.  It’s a cocktail that drives many a Minnesotan to binge on these rarities of the culinary world, and let’s be fair: when is the next time you’ll get to try deep-fried tater tot hotdish? 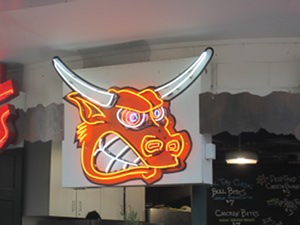 Like so much of Minnesotan culinary culture, however, a lot of this cornucopia is based around meat and other animal products.  Now I’m not the most committed animal-rights person out there.  While I try to severely limit my consumption of anything with feelings, I still wear leather goods, I have the flesh of murdered critters in my freezer, and when I did try to go vegan, I probably ate more meat in those two weeks than I had in the month prior.  Still, I thought it would be neat to see just how well I could have sated my appetite for the deep-fried, had I succeeded in my attempt to live out my general perception that large-scale animal husbandry is a pretty bad deal for humans and the environment. 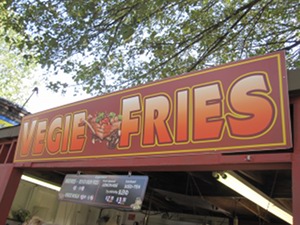 It’s not hard to find candidates for a vegan feast at the fairgrounds: numerous booths serve up things like Flowering Onions or Deep-Fried Veggies.  As I found out, the problem is that most of these goodies use egg in their batter.  Even the ever-popular corn on the cob takes a swim in melted butter unless you specifically request otherwise, and that just doesn’t cut it.  What I was looking for had to be vegan straight from the fryer, no questions asked.

My heart skipped a beat when I happened on this Veggie Fries stand, but that may have been the cholesterol in the air.  It turns out that their signature item – tempura-battered and fried vegetables – did use egg in the batter, but they had something better: A “Veggie Roll,” which is kind of like a turnover made of rice paper, stuffed with an all-veggie filling, and fried in soybean oil. 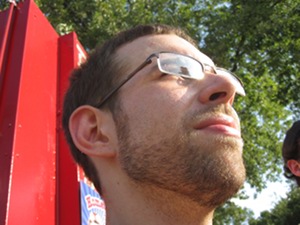 As serendipity wasn’t really working out in my favor, I headed over to the Eco Experience.  “Where better to find mock duck on a stick,” I thought.  Much to my dismay, not even the coffee sold near the Eco Experience was vegan (in theoretically-Swedish tradition, it had been soaked in an egg-and-water bath to make it less harsh, according to the vendor), unless you count the guy offering samples of a smoothie designed to deliver more than your daily serving of fruits and veggies.  I wrote down the name of this no-chew product for when I hit 90. 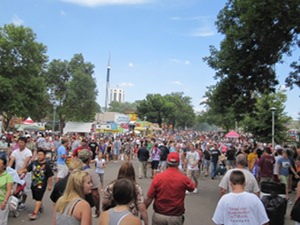 On our way out, I made one last stab at finding some deep-fried vegan delights.  The fine folks of the fried veggies stand mentioned that someone was selling fried green tomatoes “over there,” with a general wave up Dan Patch Avenue.  We found the unassuming white cart near the 1919 Root Beer counter.  The tomatoes tasted a bit like deep-fried pickles, but at this point, I was happy to have found found more than one item on my quest for a more ethical meal. 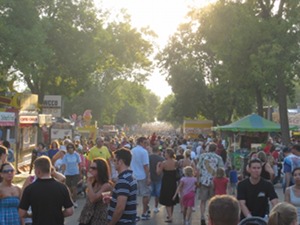 At last, tired and dusty, we wound our way back to the bus corral.  While I again succumbed to temptations of the flesh to fill my stomach before leaving, I think I can say I was pretty happy with my almost-vegan state fair experience.  Once inside the fairgrounds, I don’t think I spent much more than $15 on food.  How many of you can beat that?