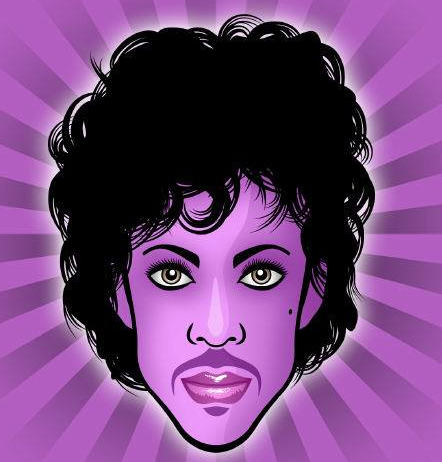 As the fifteenth annual conference of the Association of Writers and Publishers (AWP) convened in Minneapolis this week, thousands of writers, editors, publishers, and other literary fellow travelers attended panel discussions and readings both at the AWP itself and offsite in bookstores, coffee shops, and theaters across the Twin Cities. The conference — which draws attendees from all over the country, indeed all over the world — presented an occasion for reflecting on the literary identity of the Twin Cities and the Upper Midwest more broadly. Such was the topic of a least a half dozen AWP panels, among them: “Beyond Lake Wobegon: Minnesota Writers of Color,” which interrogated Minnesotan cultural identity beyond the “clichéd images of the state”;  “Letters from the Snow Belt: Writing in the Land of Blizzards and Cabin Fever” which asked whether the famously hard Upper Midwest winters are “a key ingredient in the creative spark of prose and poetry”; “Revisiting Highway 61,” and homage of sorts to Bob Dylan that included local rapper Dessa among its participants; and a reading by regionally-based writers celebrating the University of Minnesota Press’ 90th anniversary.

Minnesotan literary identity was also explored at several offsite events. Wednesday evening’s “Literary Locavores” reading – an on-going series by local writers – took place at Nicollet Diner and brought together novelists, memoirists and poets who read pieces about canoeing in the Boundary Waters, the political shenanigans of a fictional western Minnesota small town, and the emotional pull of the North Country for a Minnesotan expat living abroad. The real highlight of the evening was Megan Marsnik reading from her historical fiction novel Underground, which tells the story of a 1916 immigrant labor uprising in Minnesota’s Iron Range (where Marsnik grew up). Underground will be published in serial form in The Star Tribune beginning May 24th (it will also be available on e-book and audio book).

A Thursday evening reading by writers published in Prairie Gold: An Anthology of the American Heartland (Ice Cube Press, 2014), which took place at the subterranean site of Subtext Books in St Paul, also tackled the theme of regional identity. Lance M. Sackoff, one of the editors of the anthology, described the book’s project in terms of “ecosemiotics” – a field of study that “attempts to diminish communication conflicts between humanity and the natural environment.” The event attracted a somewhat younger crowd than the “Literary Locavores” reading, but one no less invested in exploring their Minnesotan (and otherwise the Midwestern) roots. Sarah Elizabeth Turner wrote of the “fierce attachment” to family and place that keeps her in St Paul, despite the climate’s aggravation of her Raynaud’s Disease (that the reading took place during one of Minnesota’s cruel early April snowstorms only served to heighten the intensity of Turner’s personal conflict). Canoe trips “up north” and the charms of small town life were common themes of the readings, but Molly Rideout closed out the evening with her rather less romantic representation of Midwestern life in her short story, “The Great River Road,” about the fraught relationships of three generations of women living in and passing through Mississippi River towns that have “the feel of things flowing somewhere else.” The Prairie Gold reading in St. Paul marked the last stop of a year-long regional book tour, with stops in Iowa, Illinois, and Ohio, among other places.

If the Literary Locavores and Prairie Gold readings explored the diversity of the local landscape, they were rather muted in their representation of the ethnic and racial diversity of the region. While the question of who counts (and therefore who gets to speak) as Minnesotan was taken up at key AWP panels, it went more or less unaddressed by writers at offsite AWP-related events, who mostly seemed to content to place themselves in the tradition of Sigurd Olson and Garrison Keillor. It would take an event organized in homage to another unofficial Minnesota poet laureate – the artist currently known as Prince – to offset the predominantly bucolic, Scandinavian local literary imagination.

Billed as “a showcase of original poems about Prince, about Prince’s music or accompanied by Prince’s music” and followed by a Prince dance party (spun by DJ Shannon Blowtorch), Wednesday night’s “Prince Purple Poetry Party” at 1st Avenue’s Record Room was (by all social media accounts) the event of AWP15. Organizers Patricia Smith, Saeed Jones, and St. Paul-born Danez Smith, were unprepared for the nearly 700 people who RSVP’s for the event via Facebook (double the venue’s capacity). But the violet-clad crowd that began lining up a half hour before doors was as racially-mixed, gender-fluid, and sex-positive as one would expect of an event put together by and for died-hard Prince-fans. Once inside the sweaty, jam-packed Record Room the ecstatic audience was (respectfully) raucous and at times playfully interactive with the poets. A common theme of sexual self-discovery and queer black identity ran through many of the recited poems whose verses (naturally) made all kinds of clever reference to Prince song lyrics. Many of these verses are far too racy to reproduce here — among them Danez Smith’s crowd favorite, “23 Positions In a One Night Stand” (after Prince’s “Get Off”), and Roger Reeves’s “Before the Second Coming” (who memorably responded to the gasps that followed his sexuality-explicit poem with the insistence, “Y’all said this was the Prince party!”). Among other outstanding readings Gayle Brandeis’s poem thanked the Prince song “Erotic City” for her first sexual experience as a Midwestern teenager on a school field trip. Sam Sax, paid tribute to the same song in his “Experiments in Drag, Ohio 2003,” in which a Prince cover band at a fraternity party momentarily made possible a transgressive moment of queer intimacy. Saeed Jones brought the audience to a near swoon with memories of his mother “no longer being his mother” whenever “I Wanna Be Your Lover” came on the radio. “Some songs take women places men cannot follow” Jones suspected, as he recounted his mother “dancing with the song’s hook in her throat.” Patricia Smith brought down the house with the final reading before the famous opening monologue of “Let’s Go Crazy” hit the turntables and the poetry reading transformed itself into a dance party.

Despite references made to the “waters of Lake Minnetonka,” none of the Prince-inspired poems thematized the musician’s relationship to his Minneapolis hometown. But the Prince Purple Poetry Party implicitly raised important questions about local literary identity. How does our city’s and our state’s self-image change if we think of Prince as one of our most important and influential poetic exports (alongside Sigurd Olson and Garrison Keillor)? Minnesotan literature suddenly becomes something far more expansive, far more inclusive. Yes, it is about the call of the loon in the north woods, the sunset over cornfields, and the whiteouts on country roads. But perhaps it is also about the Purple Rain over a dynamic city whose inhabitants consistently defy Midwestern stereotypes.