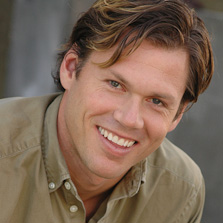 I’m not a scientist myself, but my father is, and I grew up with a lot of awareness of and exposure to that community – not to mention the fact that I’ve spent most of my adult life dating one on and off. The end result of this is not that I became a scientist, but rather, a citizen on the side of science. Add to that the fact that I’m an entertainer with a great love of stand-up comedy, and I fall smack in the middle of the Venn diagram for this show.

The schtick is fairly straightforward, alternating between traditional stand-up routines and humorous commentary on a PowerPoint presentation. Most of the jokes begin by introducing a chart or scientific concept, briefly encapsulating it, then applying it to something absurd in human relationships or popular culture. (In fact – and this may be something of a bizarre parallel – his routines reminded me of Lewis Carroll’s early logic textbooks, in which he would humorously demonstrate logic concepts by incorrectly applying them in illogical ways.)

One thing that struck me about this is that, in many respects, this show is a triumph of *branding* — it’s hard for me to visualize a comedian (although he has presumably done this) standing in a comedy club and opening with an explanation of the Heisenberg Uncertainty Principle. But by labeling himself as a scientist-turned-comedian, not only are we prepared for it, it’s eagerly anticipated – the title’s ensured our complicity with the jokes.

Oh, and the show was really good.﻿