To better contextualize how far out some of the lingering “debate” around climate change has become, let’s peak into the controversy around evolution versus creationism.

“Science Guy” Bill Nye recently went against young-Earth creationist Ken Ham on the merits of evolution versus creationism (streamed live on cnn.com last Tuesday). While a debate of this nature seems timely given recent discussions of creationism being taught in publicly-funded schools, many scientists were critical of Nye’s decision to participate in the debate, arguing that pitting evolution and creationism against each other lends the latter a scientific legitimacy to which it is not entitled.

Giving equal voice to two sides of an issue can create the false perception that both are equally deserving of consideration. This is a problem we see arising time and again in relation to the media’s treatment of climate change (which Nye and Ham actually addressed in a short segment hosted by Piers Morgan immediately following the debate). Ninety seven percent of climate scientists believe in human-induced climate change, but in framing climate change as an ongoing “debate,” media portrayals imply significant scientific doubt on the issue. This may help explain recent findings that only four in ten Americans think most scientists believe global warming is happening, and why climate change denial is at its highest point in six years.

Concern over the misrepresentation of climate change as uncertain – and the extent to which this may stall necessary actions to mitigate its impacts – has certainly been raised. But is censorship a viable means by which to address it? While several media outlets have recently made the decision to eliminate the opinions of climate change deniers from their publications, Minnesota’s Star Tribune decided against this tactic. Commentary editor David Banks argued that public misconceptions should be debated rather than hidden, and expressed optimism that readers would eventually “come to informed conclusions about complex matters.” 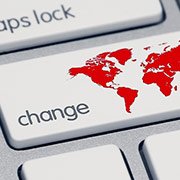 It does seem that in spite of the preponderance of misinformation about climate change, Minnesotans have largely been able to achieve this feat. In a recent study by the Stanford Geospatial Center measuring public opinion on various questions related to climate change, Minnesotans exhibited a higher than average belief in and understanding of climate change. However, when asked if the issue of global warming was of extreme personal concern to them, only 11% of Minnesotans responded in the affirmative (even this paltry figure was above the national average).

It’s time for Minnesotans to start taking climate change extremely personally. Scientists predict that due to climate change, Minnesota will essentially be Kansas in 100 years – but the transition won’t happen overnight. The changes that will dramatically alter Minnesota’s climate and ecology over the long-term are already underway. Observed increases in flooding, intense storms, drought, forest dieback, and extreme humidity in the state have already impacted the lives of Minnesotans; these are just the beginnings of a shift toward a climate of extremes that will present a multitude of issues related to infrastructure, natural resources, and public health.

So far, most Minnesotans have been able to get past the rhetoric of the climate change “debate,” and accept that human-induced climate change is a problem. But when will we start seeing it as our problem?