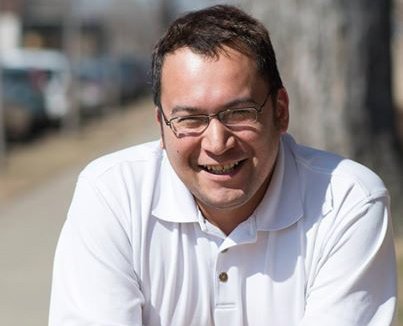 Among the candidates running for school board this election is American Indian candidate Ira Jourdain, who lives in East Phillips and is employed at the Father Project, part at the Division of Indian Work. He works with Native fathers and their families on issues such as employment, housing and transportation. A parent who will have four children in Minneapolis Public Schools next year, Jourdain hopes to build better communication in the district, and wants to shift the direction of the schools away from testing. He believes that having kids in the district (only two of the seven candidates do) makes him better attuned to what’s really happening in the schools.

Jourdain holds concerns “about the direction the district is going with our kids in terms of testing and a lack of communication between the administration, teachers and parents,” he said, which led him to decide to run for the office. “What really concerned me was the lack of educational freedom,” he said.

Jourdain feels that teachers need more support. “When you look at teachers- we’re throwing them into the fire without even base line support,” he said. “Teachers need more respect for their profession and the time and the effort they put into schools.”

Jourdain has been interested in politics from an early age. “I started campaigning for Lyndon Carlson when I was eight years old out in Crystal, so I’ve always been involved in DFL politics,” he said.

Through his work at the Father Project, Jourdain has seen first hand the issues that he considers to be contributors to the achievement gap, such as “lack of stable housing and lack of employment, which may lead to what they call high mobility,” he said. “It’s really hard for our children to learn when they have unstable housing and unstable employment for their parents, and it does affect their learning.”

He sees families that are “directly affected by the district policies,” he said. “I think the education system turns a blind eye to students outside of the classroom. It’s a very different world for some students after three o’clock or whenever their school gets out, and I work directly with those affected families. I see unemployment problems that do affect children’s lives… the whole gamut of socio-economic problems that affect our kids that I think are not taken into consideration when we have things like Common Core and rigid mandating and testing.” The challenges that struggling families face mixed with high stakes testing create a “perfect storm,” he said, which disproportionately affects students of color.

Jourdain believes the school board should be at the forefront of setting policy for the district, but currently he thinks the opposite is happening. “I’ve been out across this district and it seems to me from hearing from parents and educators that it’s the other way around, that it’s the superintendent and the board just kind of goes along with it. So one thing I would like to see is more of the board input in implemnting some things.”

In his campaign, Jourdain has made a point to visit a number of different schools. “People that I’ve been out speaking to whether at Lucy Laney or even Harrison and Riverbend and some of the North Minneapolis schools- really appreciated me coming out just as a candidate alone. Not too many board members come out there or are visible at very many community functions. But I would definitely make it a point to be at these functions.”

If Jourdain were to be elected, he wants to make special education a priority. Jourdain would push for taking a more pro-active approach to special education, rather than a preventative approach, he said. Right now, he said, there’s a problem where students who attend schools such as Riverbend – where children are placed for having severe behavioral problems- very rarely move into a traditional school.

On the flip side, Jourdain feels the district needs to do a better job at highlighting what is going well, particularly gifted and talented programs that can attract high achieving students.