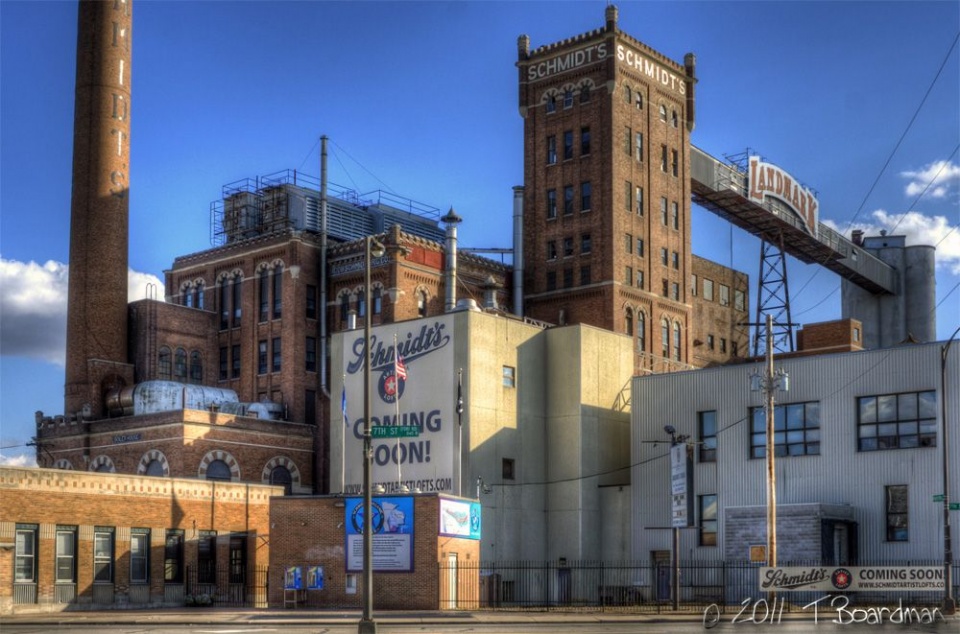 The old Schmidt’s brewery has a rich history and every five years or so a new developer comes along with plans for the place. This time it might all work out as the Fort Road Federation is the developer and they have a track record for getting the job done if it can be done. The project is being called the Schmidt artist lofts.

The federation is redeveloping the space into 220 to 250 artists lofts. The plan is to make high-end, oversized and affordable rental units. There will also be some retail space and office space in what is being called an artists complex. The project will create jobs but it is likely that the people and companies who will get them already know who they are. According to the Federation’s web site this is a 25 million dollar project.

This was an active brewery as recently as 2002 and then the first ever urban ethanol plant and that did not work out so well. It has been closed and vacant since 2004. The 11,000 foot deep well on the property was reopened to the public in 2009, it is the best water around.

In 2005 the historic brewery site was on the list of most endangered historic sites. In 2007 a developer bought the brewery but I think it may have been the crash of the housing market that stopped the project.