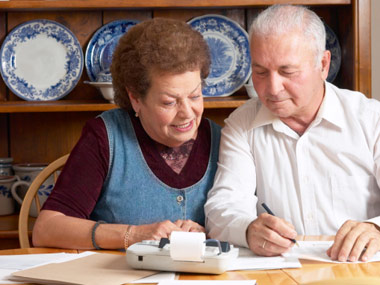 A special interest front organization (that we’re not going to mention) designed to scare the bejabbers out of senior citizens has turned its attention to Minnesota seniors. This is worth noting because the North Star State has been mostly spared from the group’s Superpac onslaught in recent years.

A recent mailing from the group uses bogus “findings” from the Congressional Budget Office to scare seniors into believing they might lose their health care under the Affordable Care Act (ACA), which it doesn’t identify but refers to as “Obama’s health care law.”

That was just the nudge I needed to dial up AARP’s web site to see what a legitimate senior citizens’ organization is saying these days about health care. It has an interesting blog article on poll results showing what older Americans actually think about Medicare, Social Security and the Ryan plan, which turns Medicare into a voucher program for those under 55.

An NBC/Wall Street Journal poll showed only 15 percent of registered voters support the Romney and Ryan plans; an Associated Press/Roper GfK poll showed 72 percent of Americans consider Medicare “extremely important” or “very important” for them, and a Pew Research Center poll showed 49 percent of working-age boomers favor keeping Medicare as it is, to 35 percent favoring changes; and only 24 percent of people 65 and older favor replacing Medicare with a voucher system as proposed by Ryan.

Would a Minnesota specific poll asking these questions find differences in responses? Hard to tell, but not likely.

What this tells me is that the special interests, anti-healthcare forces have a heap of scaring to do before turning senior citizens around on health care or in confusing them about Medicare and the ACA. Another positive is this: Since a lot of seniors aren’t reachable on the Internet, it also means that a pile of Superpac money is coming to help keep jobs for our friends in the U.S. Postal System – a silver lining from the dark cloud of misinformation.