Why would the College of Education and Human Development (CEHD) at the University of Minnesota (U of M) consider partnering with an organization that promotes high teacher turnover, advocates that teachers need little to no training to teach in neighborhoods marginalized by disinvestment and state violence, and encourages its recruits to become administrators and educational policy makers after just two years of teaching? This question was on many of our minds when Dean Quam announced that CEHD was considering a partnership with Teach for America (TFA) during finals week this spring. 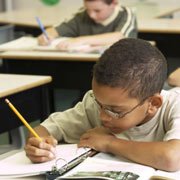 After CEHD graduate students wrote a statement with more than 300 signers from CEHD, nine graduate students from across the college, including myself, met with the Dean and a few other administrators. The Dean implied that we were not fully considering the “complexities” of partnering with TFA. Reconciling the incorporation of a model of teacher training that puts underprepared teachers in under-resourced schools with no reliable evidence, quantitative or qualitative, that it improves students’ lives or learning does seem pretty complicated. It would be tricky for CEHD to justify incorporating TFA’s model while still claiming to value quality teacher education. However, to many of us, saying no does not seem complicated at all.

This partnership controversy comes at a time when TFA is helping to evict career and veteran teachers in massive numbers in cities like Kansas City, New Orleans, and Chicago, destabilizing school districts and communities that are made up of majority low-income people of color and harming already marginalized students. Calling TFA a kind of poverty tourism, Bruce Dixon writes: “Closing public schools and replacing experienced teachers with Ivy League missionary temps isn’t something that’s being done to wealthy white suburban public schools.” Here’s the irony. TFA promotes itself as a solution to educational problems caused by institutional racism and poverty, yet it’s design tends to produce the same outcomes.

Referring to CEHD graduate student opposition to the partnership, Crystal Brakke, executive director of TFA in the Twin Cities, said recently, “We’re all here for the same reasons.” No, we are most definitely not. TFA is here because it is a self-perpetuating organization that, in practice, profits from educational inequity and has an arrogant disregard for the voices and knowledges of the communities it most affects. Young people have a right to learn in well-resourced and challenging school environments. They have a right to learn with and from people who value and have deep understandings of their communities and cultural practices, who know what it takes to study and develop pedagogical approaches to their classrooms, and who will fight with and for those communities around the issues that most affect them. This is not what TFA values, and, in the face of so much local and national opposition and controversy, CEHD should not provide the embattled organization any legitimacy.

Erin Dyke is a Ph.D. Student in the Department of Curriculum & Instruction at the University of Minnesota.

Join Minnesota 2020’s Tuesday Talk tomorrow morning between 8 and 9:30 for a deeper discussion about TFA.