This semester four terrific interns contributed to the Daily Planet. Now that the semester is ending, we will miss them, not only for their writing, but for their enthusiasm, ideas and passion. We are also saying goodbye to long-term Daily Planet writer Alleen Brown, as she heads off on a new adventure. If anyone returns, next semester or next summer, we’ll be delighted to welcome them back, but at this transition time, we’d like to thank them for their contributions.

One of our interns came from Germany, by way of Hamline University’s international journalism program. The other three were enrolled in HECUA’s semester-long Writing for Social Justice program. Since 1971, the Higher Education Consortium for Urban Affairs has offered students an opportunity to “bridge their academic learning with direct experience” in an urban setting. Today, HECUA has 17 member liberal arts colleges, universities and associations. 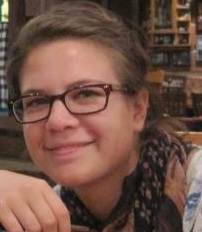 Coming from Germany, Eva Heithausen shared with us her fresh perspectives on U.S. elections and politics, as she interviewed people, followed the campaigns and observed the election. She also reported on other news, from the food stamp challenge to hip hop. I especially appreciated Eva’s willingness to share her reflections on U.S. culture and politics and to listen to people from a variety of backgrounds and political positions. 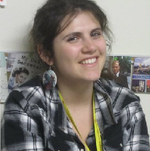 Anna Glusker was the first HECUA intern to interview for a position this fall, and her enthusiasm set the tone for the group. Her interest in diverse communities grows naturally from her own experience, as an immigrant from Belarus at the age of eight. Her writing on human rights and immigrants was careful and respectful — and I can’t wait to publish her final blog on Dostoyevski and Minnesota coffeeshop culture! 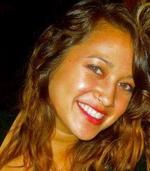 Tina McCabe, a Wisconsin native, met difficulties with equanimity, like the times that I assigned her stories that didn’t quite come together. (See On assignment—what to do when the story doesn’t happen.) She also pursued the article on prison phone justice, getting first-person accounts as well as the policy picture in well-told story. 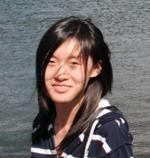 Ge Gao is from China, and our first meeting confirmed the “small world” story, as we discovered a connection through my best friend from early days in a two-room country school. Ge enthusiastically explored diverse cultures, writing stories about a Hmong food court in St. Paul, the Muslim Day of Dignity in North Minneapolis, Halloween on Sargent Avenue, and Louis Moore of the Major Taylor Bicycling Club.

Alleen Brown is a pro, a graduate of the U of M journalism school with excellent research and reporting skills. Her most recent work for us was the fine series on Testing: Who wins, who loses with high stakes, standardized testing in Minnesota schools. Over the past year and a half, she has written about a hundred articles for us, and has also been published in the Pioneer Press, MinnPost.com, In These Times magazine and Huffington Post. In January, she’s off to a new adventure, as an intern at The Nation in New York City. We wish her luck, and we will miss her.

People come and go at the Daily Planet, and that’s part of the game. We are a non-profit, part-time organization, and many people write for us because they are on their way to a full-time professional job, or are learning about writing, or are passionate about reporting or about an issue. We appreciate all of their citizen journalism contributions, whether they are regulars or one-time contributors, activists or journalists, interns or bloggers. And if variety is the spice of life, we’ll never be bland!