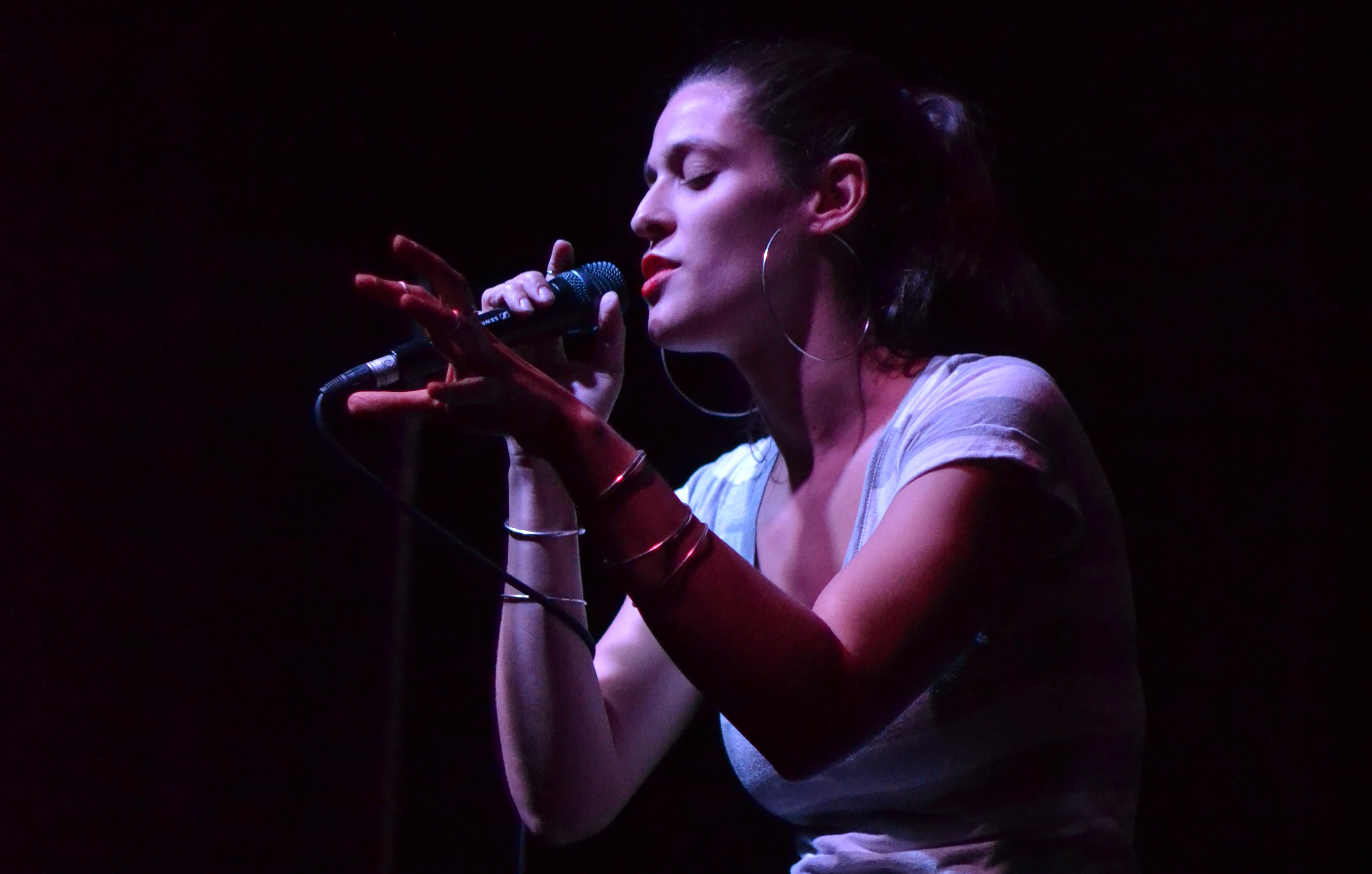 It was performance poetry that dissolved the barrier between the audience and the stage Friday, September 14. The local hero and the national legend. For two hours, Doomtree’s Dessa and hip hop-poet laureate Saul Williams enraptured the Triple Rock with their takes on the world spinning outside.

Dessa came to the stage without introduction. Instead, she launched into a story about a late night of grading papers from her adjunct professorship. She told it like she’d just kicked her feet up on the audience’s couch. That night of her story was when a vitamin she took just before finally heading to bed, a pill she trusted to rejuvenate her while she slept, lodged sideway in her throat, restricting her air and sending anything she drank out her nose.

This story served was the backbone of her set. From it, Dessa spiraled off into other anecdotes that stacked echoing themes of her search for easy solutions, sometimes reaching to remedies that instead did harm, and a recurring focus on the unimportant things in life, while in the process running herself ragged.

It was a charming collection of woven stories packed with honesty and self deprecation. That brilliant levity lifted the audience with her, until we all nearly floated off into the late summer night. But each time, when those tangential spokes had pulled us nearly from sight of that central story, Dessa yanked a tether invisible to the audience, once again grounding us with a line like, “But back to the story.”

Dessa’s deftness shouldn’t surprise to anyone familiar with her album Badly Broken Code or poetry/prose collection Spiral Bound. Dessa is a poet and storyteller practiced with her craft’s tools.

In contrast, Saul Williams played performance MC from the onset. His tour was promoting his new book, Chorus: A literary mixtape, a collection billed as “one hundred voices [of other artists] woven through testimony and new testament.” With him on stage were four citizen poets asked by Saul to share their work, which at its best brought rapturous howls from the audience.

Saul’s own work followed in all its full-throated, percussive wonder. His words exploded from the page—or from a thick stack of note cards in the case of his found poem made from words, lines, sentences, and sections from each pieces in Chorus. Each syllable precisely stressed, each phoneme spit with an articulate quickness that makes it no mystery he rose to the top of Nuyorican Poets Café or why Esquire called him a “dervish of words.”

If Saul’s poetry is music, then he is the musicians, the instruments, and the amplifier, maxing on gain.

And that was the night: love, war, race, oppression, the ties that bind. People bound against themselves and to each other.

Saul’s rush of words, often betraying frustration and a man beside himself with a country and its history, swirled over the crowd. You could almost see it. The thought cloud of a man trying to work out the contradictions and struggles of his—and our—lives under the stage lights.