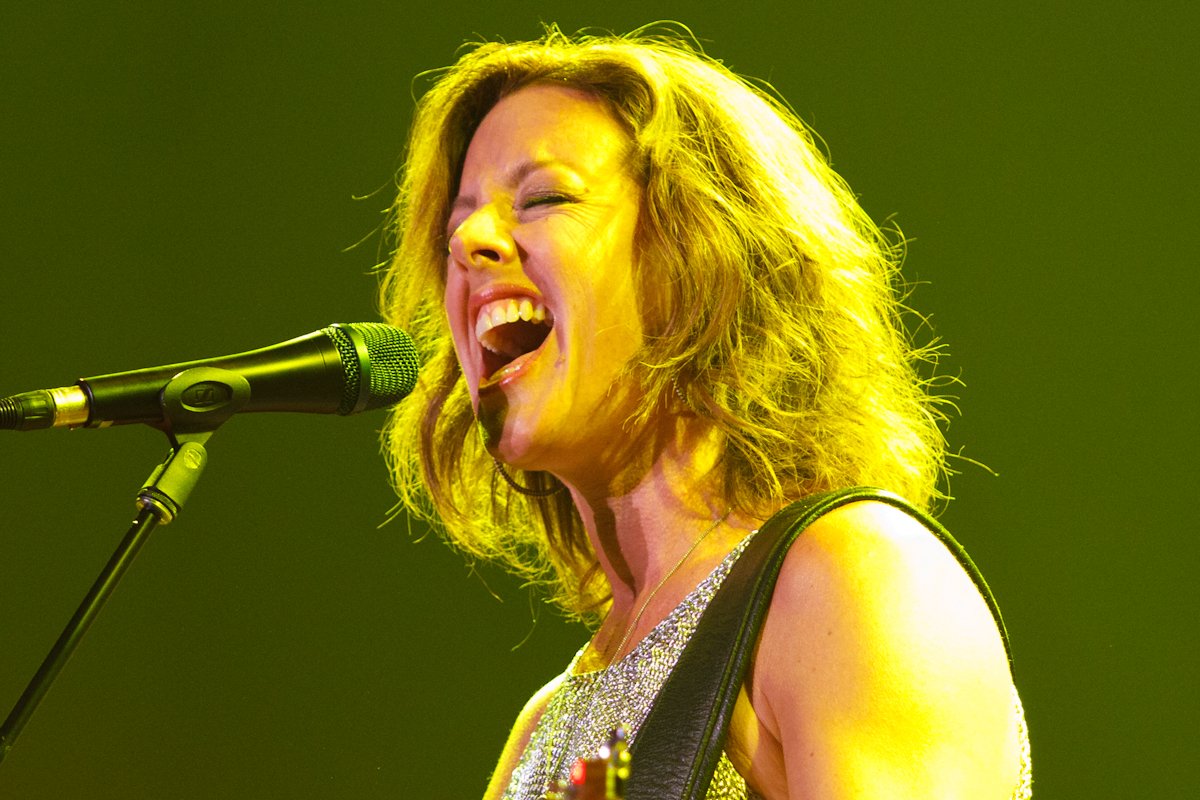 Sarah McLachlan’s 25-year career may seem to have stalled a bit of late, with her perhaps being best known at the moment as the artist behind the song which plays along to the world’s most depressing ASPCA commercials, but last night’s performance at the State Theatre was an unforgettable reminder that McLachlan has both the musical chops and the stage presence to put on an amazing live show.

McLachlan shined on stage with charm, positivity, and humanity that, as a beautiful and terrible side effect, leaves the audience wondering why the hell they aren’t doing more for the world. During the evening, McLachlan told tories of her life and the inspirations to her songs, as well as answer questions from the audience. In this, McLachlan showed herself to be paradoxically carefree yet deeply concerned, exposing an inspirational comfort with herself and care for the well being of the world around her.  When asked if she had any regrets, she said that she had none, seeing each mistake as a learning opportunity. She talked about her failed relationships and dark times with an openness and ease which leads one to believe that she truly has used each moment of failure and pain as a stepping stone to something better.

McLachlan and her bandmates performed with a gusto that displayed a genuine love of what they do, as McLachlan mixed old classics like “Adia” and “Building a Mystery” with several new and beautiful tracks from her latest effort, “Shine On.” McLachlan was incredibly busy through the evening, changing up from electric guitar, to acoustic guitar, to piano and ukulele several times over the course of the performance.

The crowd was a curious bunch—a mix of casually dressed retirees, stuffy 40-somethings, and a light scattering of youths all packed into a theater that, while not sold out, was definitely quite full. The people in the audience were loud, hooting and hollering in between every song and at every high point within a song, filling the air with whistles, applause, and shouts of encouragement and joy. Yet while the crowd was loud with their support of the band, they were oddly reserved in terms of themselves, preferring to remain in their seats rather than stand, and to sing along quietly under their breath rather than form any sort of chorus. It is a very odd thing to hear a crowd practically whisper along to a once-popular hit.

Four people up front stood out from the crowd by choosing to stand and dance, sing, clap, and otherwise enjoy themselves, refusing to allow the majority to kill their buzz and. In spite of this display, no one joined this group in their merriment until the very end of the evening, when a standing ovation brought everyone to their feet anyway, and the crowd simply continued standing through the encore.

A good show is one that engages its audience in a way that draws them into the moment. It virtually forces one to abandon thoughts of the past and worries for the future and brings them into a present of communal joy, a rapturous shared experience between individuals with the performers as both focal point and members of the revelry. In this sense, Sarah McLachlan’s show delivered, bringing a warmth and energy to the State Theatre that brought those in attendance to close the night on a very, very long standing ovation.