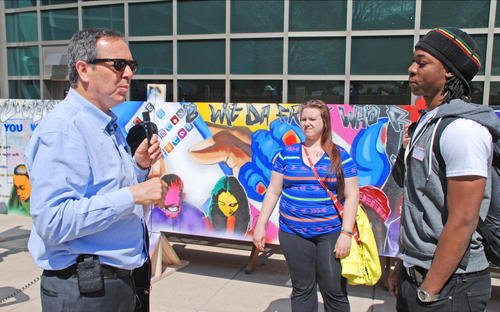 Thanks to the generosity of a friend, I got the chance to attend the 20th Great River Gathering (GRG) about ten days ago. The GRG is Saint Paul’s annual civic booster dinner and mingle-fest, put on by the Riverfront Corporation. (Fun fact: the GRG used to be called the Millard Fillmore dinner, which is a funny story in itself.)

For the past few years, the dinner’s organizers have invited well-known placemaking and urban design experts to come in and spend a week in Saint Paul talking about street design and urban development. While it can be occasionally ironic, in general focusing on placemaking is an exciting way for Saint Paul to think about its future.

This years’ speaker, Gil Peñalosa, was particularly inspiring to me. Gil is the Colombian urban planner who helped launch the Ciclovia movement around the world (since spread to such far flung places as Minneapolis and Saint Paul). For the last few years he’s been living in Toronto and developing a design philosophy he calls “8-to-80 cities,” which emphasizes pedestrian safety and comfort for people of all ages as the key priority of urban design. 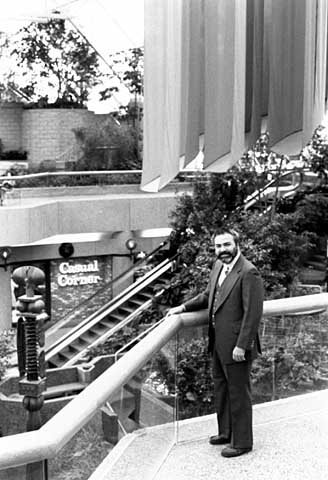 Seeing Peñalosa talk at events around the city, I was struck by how his message contrasted with traditional economic development attitudes. For decades, decision makers and the “local growth coalition” (i.e. what urban geographers call developers, property owners, business owners, political leaders, etc.) have focused on downtown development by trying to shore up big office and retail projects. The list this type of public-private deals is a long one: Town Square, Galtier Plaza, the World Trade Center, and the Saint Paul Macy’s are four high profile examples. (Over in Minneapolis, we’ve had City Center, Block E, and St. Anthony Main, among others.)

Few of these projects have worked out so well. If you go to the Town Square building today, you’ll find a sign blocking the escalator to the plaza that formerly held the carousel and rooftop garden. Galtier’s movie theater is shuttered, and the building has become quiet offices for supercomputers. The empty Macy’s, of course, waits for the wrecking ball. (Across the river, Minneapolis’ big downtown revival efforts haven’t fared much better.)

These are all examples of what I call top-down development. The idea is that downtowns need one big project to serve as an anchor to spur future development. These projects often include hotels, urban malls, “festival marketplaces,” convention centers, or large office buildings. These kinds of projects appeal to both developers and decision makers because they combine relative simplicity (just need to assemble a large enough parcel) with a straightforward business deal (just a few owners and contractors). The problem is that top-down development hasn’t worked, not in the Twin Cities and rarely around the rest of the country. 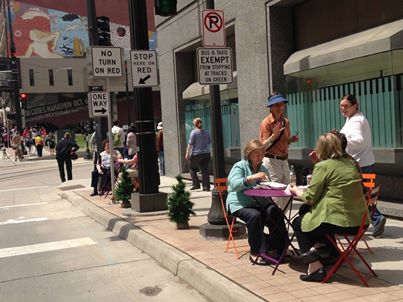 Right: Sidewalks during the “Future of 4th” event.

Peñalosa talk at the Great River Gathering was pretty short, and it was difficult to sort out his key message from the bullet points flying by. But if you caught any of his other talks during the residency, his message was simple: urban development has to start with walkable streets. Peñalosa advocates an approach to economic development where, by contrast, large-scale economic activity results from investment in small-scale street-level projects. In other words, office buildings begin with good sidewalks.

The prescription here is rather different than the traditional top-down development model. Instead of fixing on one or two big projects, urban decision makers should focus on street design: things like bike lanes, sidewalk quality, street fronts, and signal timing. Penalosa’s slideshow was full of examples of streets that had transformed from dangerous and unpleasant car sewers into places full of street life, cafés, strollers, and green parks full of people. If cities make safe high quality streets, Penalosa suggests, economic growth and development are sure to follow.

The Future of Downtown

To my mind, Downtown Saint Paul leaders seem close to figuring it all out. For the last three years, the Riverfront Corporation has brought in placemakers as keynote speakers for their annual dinner, and there are a bunch of groups (BOMA, SPACC, Wabasha Partners) that seem intent on revitalizing the often-lonely downtown streets. Of course, the impending Green Line will be the keystone for the bottom-up approach, but I’m also excited about “downtown bike loop” and the potential for the Saints stadium to catalyze people walking through the Eastern half of downtown. 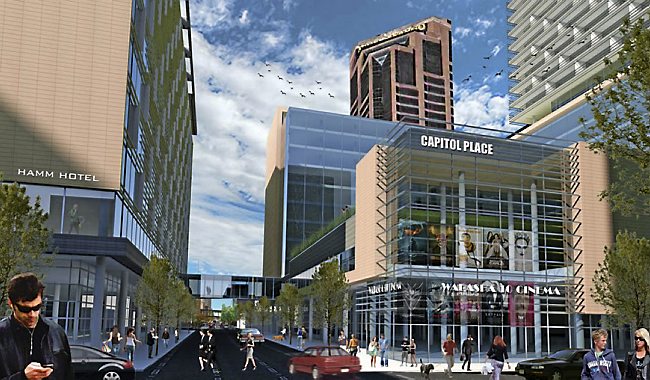 Right: A vision from the ProsperSTP.

That said, the future of downtown floats up in the air. Compared to Minneapolis, Saint Paul is small and has few downtown residents. The office vacancy rate remains stubbornly high. Generating consistent street traffic and economic activity is going to be difficult, particularly in the core where most of the sidewalks front lifeless blank walls. For example, the just-opened Penfield project offers a good barometer of the success of downtown’s bottom-up designs. The building sits a bit removed from downtown’s prime walkable areas, and investing in an active and rewarding streetscape will be a challenge. (For example, the Penfield apartments remain only one-third occupied, which pales next to similar projects in Minneapolis. Meanwhile, the Lund’s store just opened in the building.)

But I’m hopeful that if Saint Paul takes Peñalosa’s advice and focuses on walking and biking downtown, the Penfield will be a sign of good things to come. With great sidewalks, new buildings will sprout like flowers in vacant lots and the downtown will spring to life. 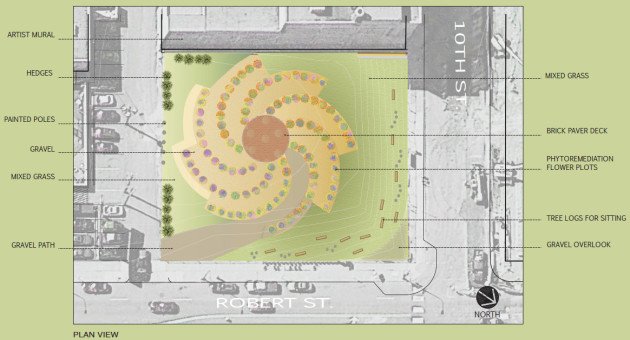 Plans for the Pedro flower park.

Related story: Minneapolis: Settling for best of the worst or on the way to world class? Bill Huntzicker (TC Daily Planet, May 2014)