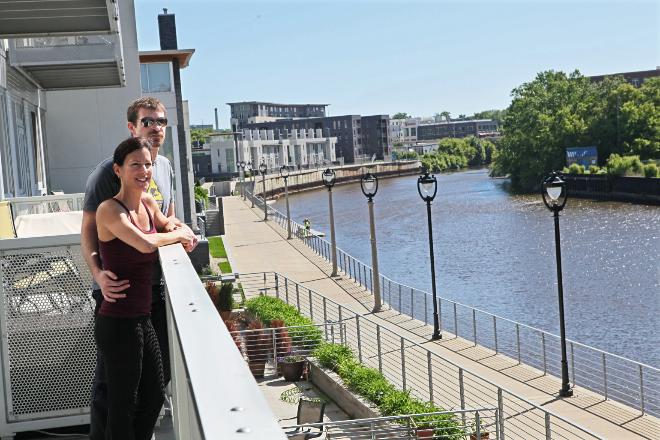 I was listening to Kunstler’s podcast yesterday, and a recurring topic popped into my head. Kunstler was talking to John Norquist, the well-known ex-mayor of Milwaukee (and current head of the Congress for the New Urbanism), about the state of Midwestern cities today. During their discussion, Norquist began talking about the riverfront in downtown Milwaukee, and how much it had changed since he took over as mayor there in 1988.

Here’s the relevant part of the conversation:

JHK: During your time as mayor of Milwaukee you also worked on the riverfront of the milwaukee river. And just looking at the map, the Milwaukee River is kind of like the grand canal of the midwestern cities. It’s a wonderful thoroughfare, and it’s also not so wide that its still very intimate. And I remember being there 10 years when the CNU had an annual meeting there. And it was late spring and there was a tremendous amount of activity there along the riverfront.

JN: Yeah, it’s gotten even better. If you saw it now, the area that’s closer to the mouth of the river going into Lake Michigan, there’s a whole series of condos with balconies right on the river. And it’s a wonderful place to take a boat. So if you owned a power boat on Lake Michigan, you know a lot of people buy power boats and spend a lot of money on them. They suck a lot of gas. And they own this power boat, and they have this romantic dream that they’re going to go some place. But then they go out on Lake Michigan and float around on the water for a while, and then what do they do? They need a destination. And most of the harbors look like sand storage areas or salt storage areas because that’s what they are, so there’s not a lot to see. Milwaukee and the Chicago river in Chicago, those are places where you have an audience. If you take your little power boat on the Milwaukee River you’ll see people grilling bratwurst on porches, and its a place to show off your boat.

JHK: There were also a lot of action on the street, on the walkway along the river too.

JN: The key to the riverwalk was we kept it simple. We didn’t spend a lot of moeny on concrete and monumental stuff. We spent what money we did on the street grid, connecting it, so that there was a way to get to the river. You know, in Green Bay they built a riverwalk with curvy paths to try to give you the impression you’re at a state park. If you’re in the middle of the town it doesn’t really work very well. You want an embankment, like in London along the Thames. You want a straight embankment.

JHK: Or in any European city, they have a ravettement, that is straight and simple and straightfowards.

JN: Yeah, that way there’s a real connection between the buildings alont the river and the river and street grid, and its very natural to walk along the river. Milwaukee’s river, if you went back 30 years, there were about 2 blocks that had anything resembling a riverwalk. The buildings had their back to the river, there was no way to get to the river. 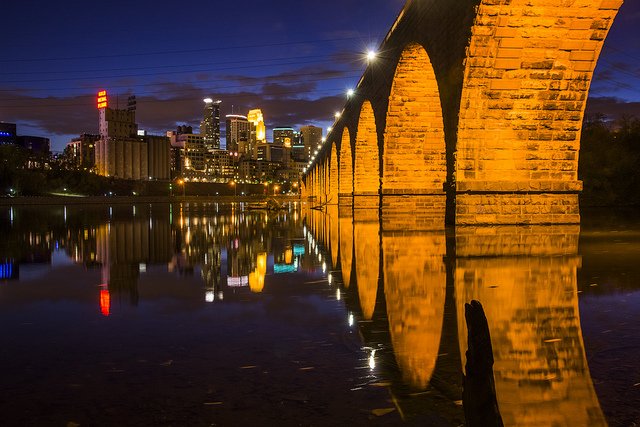 The question of how to connect the waterfront to the city is an important one for Saint Paul and Minneapolis (and other Minnesota cities, too; Rochester and Duluth spring to mind). Much of Minneapolis’ downtown boom is because it went to great lengths to transform its riverfront from an industrial space into a well-connected park. Saint Paul, on the other hand, still doesn’t have much life along the river. What little there is appears on the still mostly vacant West Side Flats. The city is working on plans to develop this land, and the river plays a huge part in them. But right now, barring an event at Harriet Island, the Saint Paul riverfront sits mostly empty.

Just across the water, the downtown side of the Mississippi is even worse. The key problem is that the river is almost completely inaccessible. There’s a lovely but narrow bike/ped trail, but there are only a few tiny access points and these are very poorly designed for anyone not in a car. Part of the problem is the way that the bluff and train tracks come together, another part is that the river here is still a “working river” filled with active barges, and a large part of the problem is Shepard Road, which is a high-speed 4-lane freeway along the waterfront.

What can be done with this space, wedged right between downtown and the Mississippi River? Is Saint Paul’s downtown riverfront a lost cause, or is there something the city can do to bring people down to the water? 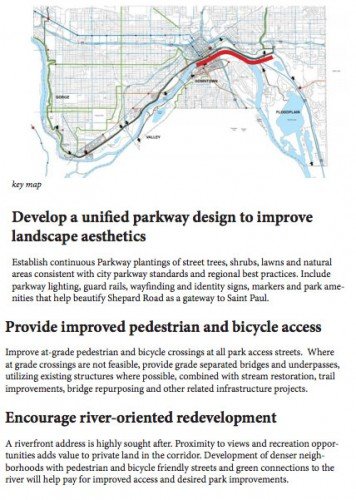 Four Sketchy Ideas that Might Help (These are short sketches.)

Traffic Calming — I have no problem with Shepard Road west of here, where there’s almost zero housing near the river. But more than anything else, Shepard Road is killing the riverfront downtown. The city should take some extreme traffic calming measures to slow traffic way down on the downtown stretch, and make this a street people can cross and enjoy walking beside. The recently adopted “Great River Passage” plan does call for a redesign of Shepard, with a wider median, improved crosswalks, and a 35 mph speed limit. This shouldn’t be a street people take to get “through” the city, but one they take to get “to” the city. 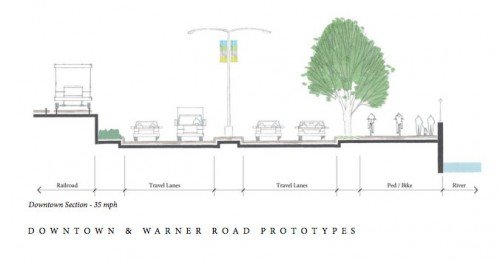 The recommendation for Shepard Road from the GRP plan.

Connectivity — The other #1 problem with the Saint Paul river is that there aren’t any access points. Basically, you have Jackson and Sibley, and then Eagle Street about 3/4 of a mile away. All of those sidewalks need to be greatly improved, particualrly the two Eastern connections. Beyond that, creativity is required. Is there any way to get people over the train tracks, and down to the river? (I wish they’d been able to use some of the Union Depot money to connect to the riverfront, but that’s water under the bridge.) 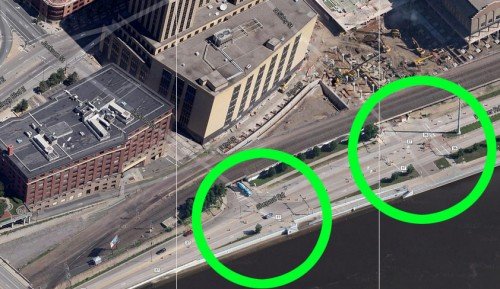 The two substandard Eastern connections to the river.

Infill — Much of the riverfront land downtown is surface parking. It seems like a waste. Surely there’s something else we can do with spaces like this. If not housing or commercial, maybe some sort of active park space? 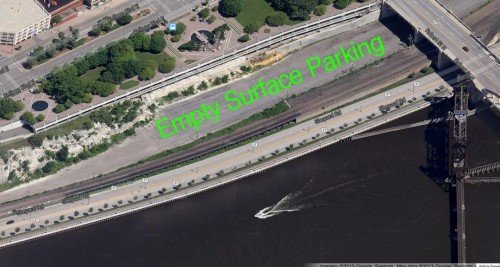 Empty land along the river, on the wrong side of the tracks. People don’t even park there.

Getting Onto the Water — One of the ideas that keep popping up during “idea opens” or arts brainstorming sessions is to make better use of waterfronts. I’ve heard about music barges, swimming pool barges, kayak courses. Back in 2010, Red Bull sponsored an amazing event along the riverfront in Saint Paul, (the “flugtag“) where people built homemade flying machines and crashed them into the Mississippi. It changed the city overnight. As I noted a the time:

Saturday was such a cool day for downtown Minneapolis and Saint Paul. First, you had an absolutely insane number of people show up for the Red Bull Flugtag, a way-better-than-advertised event that combined the folly of Icarus, the imagination of Galileo, and the aquatic gravity of Cannonball. By police estimates (which tend to under-report political protests), there were 90,000 people flooding the streets of downtown Saint Paul during the afternoon

Let that be an inspiration. People are willing to jump into the Mississippi if you give them a crazy excuse. 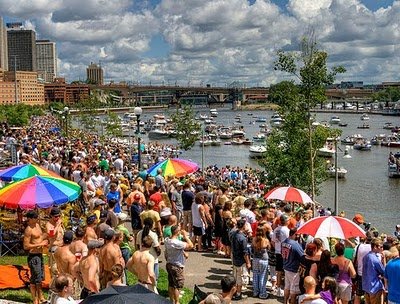 At top: The downtown Milwaukee riverwalk.