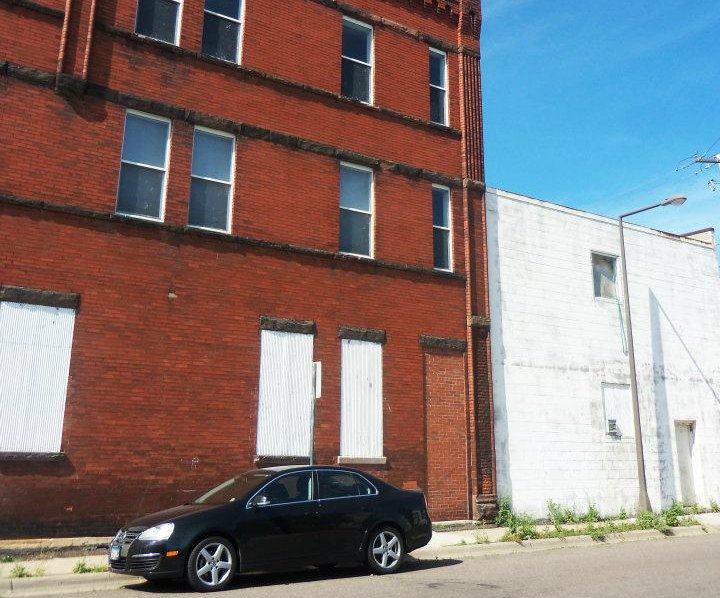 Calling in to the impound lot on Caitlin Street near the State Fairgrounds, a staff member told me that on that Wednesday, because of the Snow Emergency Alert, over 1,000 cars came into the lot. One of those cars was actually mine. While, my brother drove us there, I announced “No one’s getting a gift from me this year. Merry Christmas.” I needed my car if I was ever going to be able to afford a gift for anyone.

As I arrived to pick up my car, the line of people, who also didn’t get the memo about the Snow Emergency Alert in Saint Paul, had started from early morning and circled from inside the impound office building to outside, pass the parking gate. “Thank goodness, it’s not too cold today,” a young woman said to me as we waited in line. As people got through the parking gates, their mouths opened and unknowingly announced, louder than they thought, “oh-my-God…” when they saw the line. This little trip to the impound lot would teach me a lot more about my city than I had previously known.

The parking ticket is $56.00, $219.50 to get your vehicle out of the impound lot, and a $15 dollar storage fee, which totals up to $290.50. So $290.50 divided by the Minnesota State minimum wage, $7.25 = 40.07. That pretty much means a whole week’s worth of a paycheck. This total doesn’t even count that for every day that the car is in the impound lot, the City charges $15 for a storage fee.  With about 1 in 4 people living in poverty in Saint Paul, $290.50 is a lot of money. Having your car towed and paying for the fees can be a large setback, but losing your car because you can’t afford to get it back from the impound can be life changing.

Cars can be towed if it’s inoperable or lacking vital component parts (e.g. motor, drive train, or wheel) or has been parked illegally for 48 hours.  How does the City even know that cars are “inoperable or lacking vital component parts?”  Anyone can call to make a complaint, and “occasionally, the City will do a sweep for junk cars. Instead of waiting for complaints, inspectors will drive through an area of the City noting and tagging all abandoned vehicles.”  (City of Saint Paul website) Are abandoned and junk cars such a problem for the City, regardless of complaints or not, that they will do a sweep through quiet residential neighborhoods? This is a not a busy Downtown street; this is a neighborhood that people live in, and park their cars in.

Towing vehicles from no parking zones, blocking hydrants and fire lanes, blocking driveways, or damaged vehicles that are obviously abandoned or non-functional, that serves the people of our city. But towing decent condition vehicles from residential streets where vehicles are not in the way seems a bit more self serving than a provided service for Saint Paulites. The fact that the City approves “sweeping” to weed out what looks like abandoned cars is presumptuous.

The Financial Issue and Solution

$290.50 is a lot of money, and if the City won’t budge for a cap on the price or for a lower fee, then why not an affordable payment plan? Saint Paulites can pay the fee, and get their car back by paying an affordable monthly payment. The impound lot will still make up for their handling and storage fees, while people can go to work, pick up their children, get the groceries, and run their daily errands. Demanding that the fee be paid on the spot with  a $15 storage fee added on for each additional day is unfair; it makes it even harder for residents to reclaim their car. An affordable payment needs to be put in place to make sure that residents can actually get their car back as soon as possible. With increasing poverty in Saint Paul, the high fees of the impound lot don’t reflect our community’s reality. Who can afford such a thing on top of housing, healthcare, food, and clothing? We need to make this process easier for our residents especially working class families and low income individuals, whether it is through lessening the cost, payment plans, or fee forgiveness program. Sure they parked in the wrong spot, and need to learn their lesson, but aren’t these punishments impractical for the population that lives in Saint Paul? We’re asking for a large amount of money upfront or else it gets auctioned? There are better solutions than this that will really serve our communities.

What prompted me to write this and dig for more facts was actually an old woman that I met at the impound lot. She was waiting in line in front of me, but she was sitting on a chair. I thought that the line must be pretty slow for people to start sitting. When the line moved forward, she slowly stood up and pushed her chair forward. She was shaking. She had Parkinson’s disease, a degenerative disorder. Her car had been towed while it was parked on Snelling Ave. As they towed her car, she told me that they told her to walk to the impound lot since “it’s a short walk to the State Fairgrounds.” And so she did. She didn’t have any other choice. No car, no one to pick her up, so no way. She walked in the cold, shaking, and waited in line long enough to need a chair to sit down. It didn’t matter that she was disabled, didn’t matter if people were the working poor, and it didn’t matter if you couldn’t pay for it. Is this the city we really want to live in?

Having a car means you don’t have to wait in the cold winter for a city bus, you don’t have to wait 1-2 hours to get to Minneapolis to Saint Paul, and back, it also means you can go to work on time and have more opportunities than those who don’t own a car. When you take away someone’s car, you take away one of the few things that provide stability in their life. Saint Paul is a working class city, and here we are, a city with 67,000 people living in poverty, charging people a week’s worth of pay for parking their car in the wrong spot. I would suggest for those who live in Saint Paul to contact their City Council Member, and discuss this issue.

“Well, it’s the law” they say, but shouldn’t the impound lot be serving the people instead of punishing them? This is a service provided by the City, correct? Sure doesn’t feel like it because we’re keeping them in business.