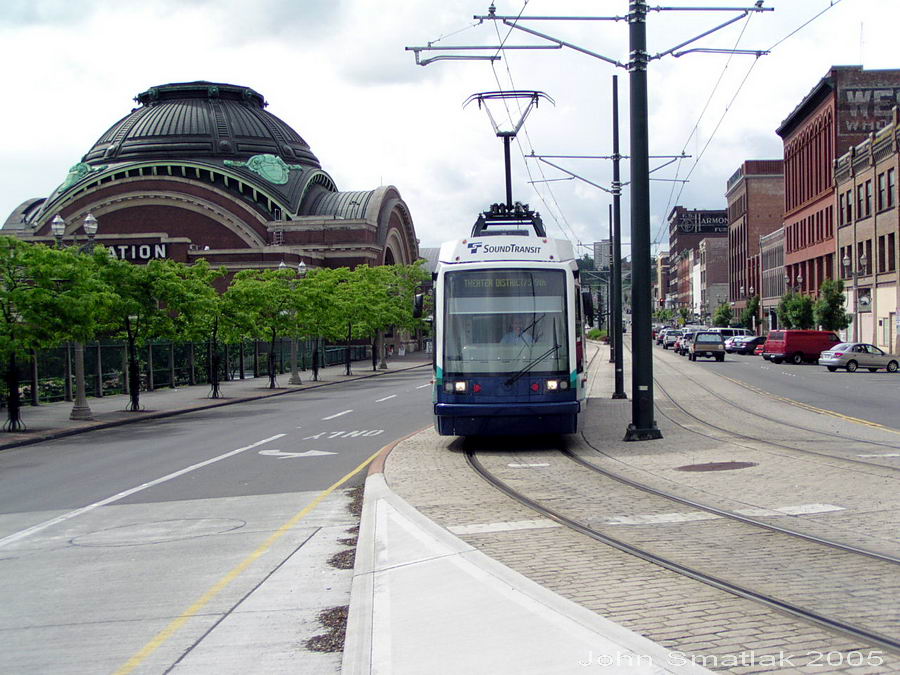 Saint Paul is planning to build a streetcar! This week the city announced its plans for its first “starter line”, which would run down East 7th Street from Arcade, somehow get through downtown Saint Paul (route unspecified), and end up on West 7th all the way to Randolph. It’s approximately 4 miles long, would cost approximately $250M ($60M/mile) and is projected to spur $140M in development (though I believe that’s a low estimate) while improving transit and walkabilty in downtown and two important neighborhoods.

I’ve been lucky enough to be part of Saint Paul’s streetcar planning process through my role on the city’s Transportation Committee, and it’s been interesting to watch the process go through its planning stages. Though they can be quite controversial, I’m on the record as supporting streetcars because of the many ways they increase ride quality, and because they can be a “game changer” for how a street is experienced at the street level. I also believe they can be a powerful economic development tool in places that sorely need it, and (particularly in Saint Paul) can begin bridging physical and economic gaps in our city. (The mile long East 7th Street “bataan death march” from Superamerica past Red’s Savoy to Metro State being one of the worst of these…) 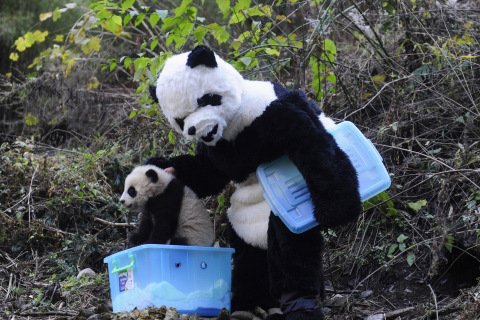 Right: A streetcar planner in DC.

With that out of the way, it’s time to be frank. Like most planning processes, streetcar planning is messy. This is particularly true with streetcars, which rely on almost unquantifiable assumptions about promoting investment, attracting riders, and changing travel behavior. In Saint Paul, streetcar plans have gone through three stages, beginning with the consulting firm and city staff looking at all the city’s old streetcar lines. Next, they gradually eliminated lines using weighted estimates like land use, density, equity, ridership, and economic development opportunity. The second stage identified a “starter network” of seven good candidates, and this final stage picked one (or two or three) to be the initial lines.

Picking the first line is a delicate balance. In a way, though I think all of the seven starter lines would be good investments, finding a the right streetcar street for your first line reminds me of trying to get pandas to mate. Funding sources and neighborhood politics are both very picky creatures, and you need to have just the right conditions in order to get them to work together. 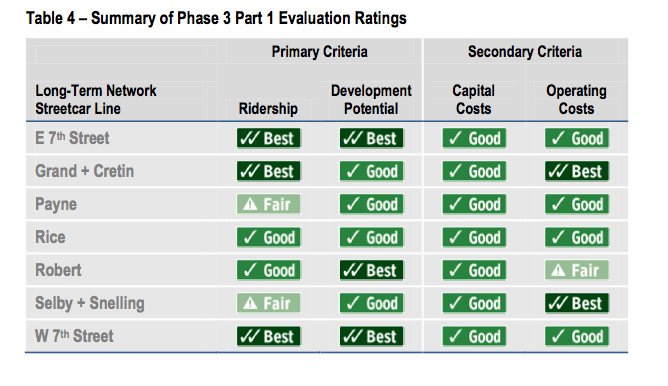 One of the plan’s more elaborate predictions is for economic development potential along the city’s different lines. The city planners examined existing property values against potential infill property values, and calculated the difference using a scale weighted to land use type. (Yes, it’s as complicated as it sounds.) Basically, you’re quantifying of what the undeveloped in-between places might be if they were developed “up” to the levels of the highest value land along the route. This kind of approach privileges routes with large “gaps” between nodes of activity, while dampening the potential of places that are either already economically vibrant (e.g. Grand Avenue) or almost entirely economically depressed (e.g. Rice Street).

Streetcars depend on both ridership and spurring development, which means you have to strike a delicate balance between these factors. You have to make fuzzy predictions and, like Goldilocks, find a “sweetspot.” You don’t want your new line to be empty (like Tampa’s), but you also don’t want it to just serve buildings that already exist. It’s quite the delicate balance, and both 7th Street routes offer a lot of potential on that front. 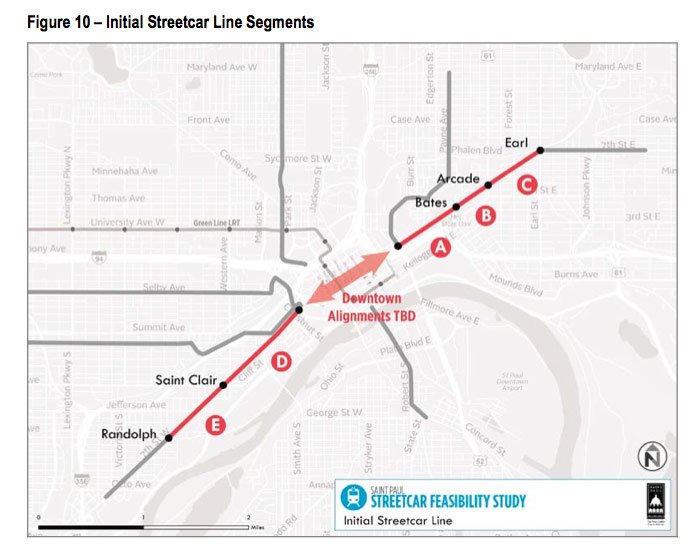 The other part of the analysis is even more difficult. On one level, funding sources limit the scope of potential streetcar lines. For example, in order to quality for Federal “small starts” money, the total project has to be under $250M.

That means you can’t extend the streetcar all across the city (e.g. run it all the way down to the airport). You have to keep the line short, a few miles in each direction from downtown, which means you need to find neighborhoods close enough to the center that meed the above Panda-esque criteria.

The second big variable is how the proposal will play with different political interests. Will neighbors approve of the streetcar construction period? Will they approve more density along the line? Will developers be willing to build in these “gap” areas? Can you find local government funding sources to match the Federal investments?

(Don’t look at me. These are questions best answered in the dark nooks of small bars.)

The Music of Planning

The great tragedy of urban planning is that its practitioners, constantly challenged by their arch nemeses the civil engineers, feel compelled to discuss it as though it were a science. Confusion here is understandable, both because it’s common practice in the radically libertarian United States to consign all planning tasks to the engineering office (or alternately in the radically corporatist United States to the economic development office), and because, as a bureaucratic practice, planning comes with a plethora of codes, ordinances, regulations, and complicated maps.

Planning is not a science anymore than music, with its galaxy of modes, notations, and technologies, is a science. Just like there is no one song for every situation (well, maybe MacArthur Park), there is no one planning technique for every situation. Even worse, there is no one set of proscriptions that apply to a given set of conditions. In other words, urban planning doesn’t have an instruction manual, it can’t have an instruction manual, it can only be done well by someone with an eye who takes time to know a subject location intimately.

As a mediocre jazz musician and amateur planning gadfly, this rings deeply true. Streetcar planning offers a great example of why a musical approach to urban planning is OK. There are a lot of things in the process that can’t be easily quantified. How people make transportation decisions is one of them. The precise relationship between transportation investments and economic activity is another. Streetcars lie right at the intersection of these these two cloudy domains, and sometimes you have to do your best to make an educated guess about a project that you think is worthwhile.

For lots of reasons, both Minneapolis and Saint Paul seem poised to invest in a new transit mode that will connect downtowns with surrounding communities (that often seem socially and economically remote) while catalyzing walkable development and fostering low-car ways of life. Sure there are lots of lingering questions, but planning is inevitably messy. Once you identify a good idea, you have to just plow ahead. As Barton Keyes said to Walter Neff back when streetcars actually existed, “ It’s not like taking a trolley ride together where they can get off at different stops. They’re stuck with each other and they got to ride all the way to the end of the line.” Like Barbara Stanwyck, I’m excited to ride on the train!

At top: Streetcar in Tacoma, the “St Paul of the West”.