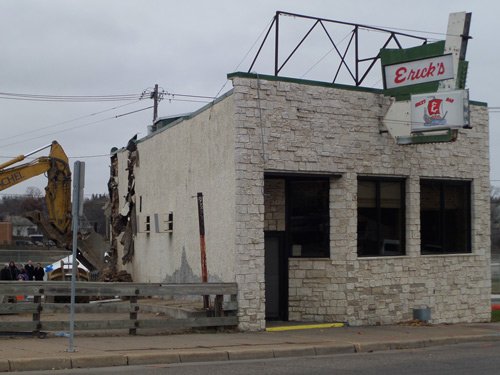 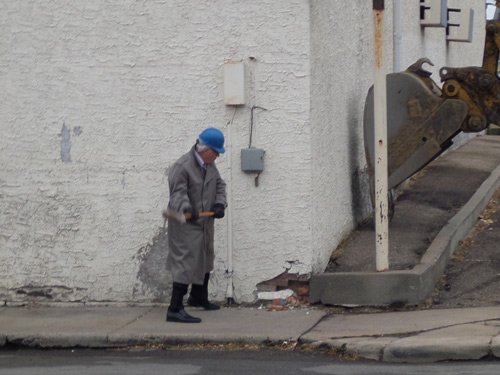 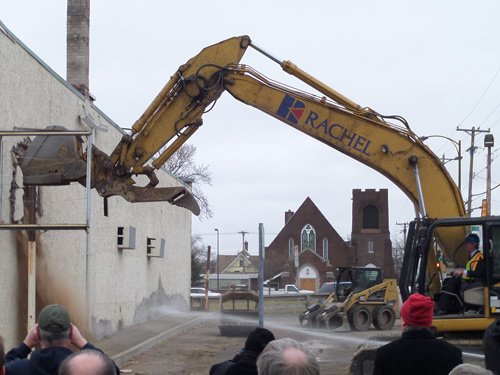 Mayor Chris Coleman was the first to man the heavy machinery. The bar was purchased by the Port Authority and was razed in what officials are calling the final final phase of the Beacon Bluff redevelopment project on Saint Paul’s east side.