Okay, Rye, the new deli opening November 14 at 1930 Hennepin Ave. won’t really be the Twin Cities’ first Jewish deli. But unless I am mistaken, it will be the first deli to actually use the J-word. As in Jewish.

I have been a keen observer of the local deli scene for nearly 40 years, going back to the era of Lincoln Del and Bernie’s Deli. I have seen them come and go – Chessen’s and Zaroff’s and Louie’s Habit and Sasha’s Deli and Grill and others best forgotten.

I’m fond of Cecil’s and Brothers Deli and the Crossroads, though I haven’t been to any of them recently. But I don’t remember any of them actually advertising their cuisine, of matzoh ball soup and knishes and corned beef and pastrami and chopped liver as Jewish. In fact, at some of the departed delis, the menus seemed to go to great lengths to avoid using the J-word.

I am really looking forward to this opening – Tobie Nidetz, the talented chef-consultant who helped develop the concept will be staying on as general manager, which is a very good sign.  Nidetz and managing partner/owner David Weinstein are promising  “locally grown produce and meats as well as artisanal products from local farms, cheese makers and bakers” and “a fully stocked bar featuring locally brewed ales and beers, a deli friendly list of wines by the glass and a full list of top shelf liquors.” For more details, see Lu Lippold’s witty and revealing interview with Nidetz and Weinstein, Restaurant team kvells over upcoming Rye Deli in Minneapolis. 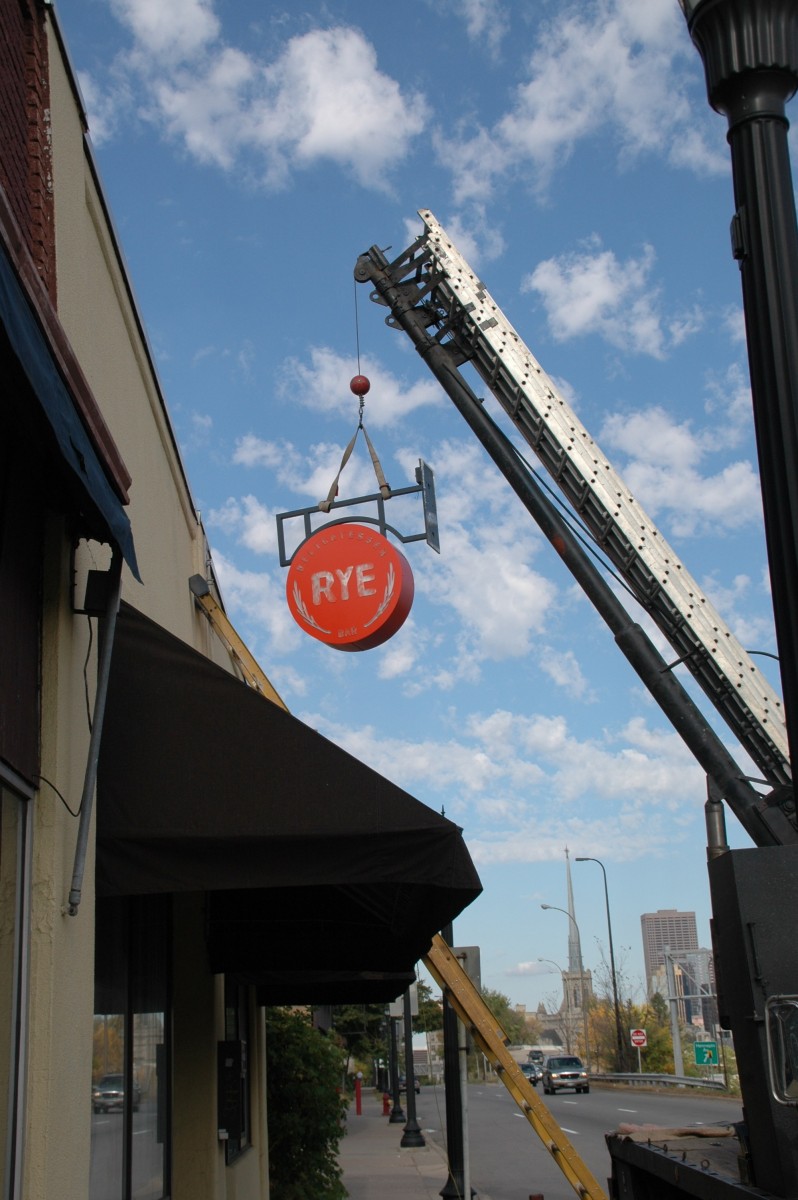 There is, by the way, a touch of poetic justice, or something, to a Jewish deli opening at 1930 Hennepin Ave. Long before it was Auriga, that address was home to the legendary Becky’s Cafeteria, operated by “Christian businessman” Clayt Sonmore, founder of Thy Kingdom Come Ministries. Back in the old days, Becky’s served up good old-fashioned Midwestern hot dish cooking, with Bible tracts on the side – including at least one that I recall having a distinctly anti-Semitic flavor.

On his current website, Sonmore’s newsletter lists “six major deceptive forces that are working together in spirit to establish A New World Order. Although these forces may appear to the natural mind to be independent, they are being directed by the Antichrist spirit…