Police spotlights illuminate an Occupy Activist in front of the Cruz family home.

Mayor R.T. Rybak appears to have told Freddie Mac that the City of Minneapolis is done evicting Occupy activists from a foreclosed home owned by government enterprise. On May 29, Minneapolis Police evicted Occupiers from the house at 4044 Cedar Ave. S. and boarded the house up. Acting on Rybak’s direction, City Attorney Susan Segal wrote to Freddie Mac that same day saying, “The City plays a limited role to protect public safety. The property is the responsibility of its owner.” The Mayor’s office added, “the City is not in the foreclosure business” and “the City has fulfilled its obligation to secure the property.”

Occupy Homes Activist Anthony Newby said he believes the City’s statements to mean that the City will not act to evict them from the house if they reenter it. Newby added, “We fully intend to go back into this house.” As Occupy activists rallied at the home late into the evening, police did not immediately show that they were backing down. Several squad cars were monitoring the house hours after the Mayor’s Office publicized its communication with Freddie Mac.

Occupy Activist Liz Dahl said that one officer told her he was there to make sure they did not take the boards off the house. Occupy Homes had been occupying the house for 30 days. Minneapolis Police had attempted to evict them twice before and arrested five activists. At around 5 PM on May 29, police officers entered the house quickly and discreetly and removed Occupiers without incident.

Police then told activists they could reenter the house to collect their belongings, and a protester named Tick took the opportunity to lock himself to barrel of solid cement. Other activists left the house, but police arrested Tick after they cut him out. Police said two other protesters were arrested after they tried to cross police tape erected around the house. Police boarded up the doors and windows after the activists were removed. 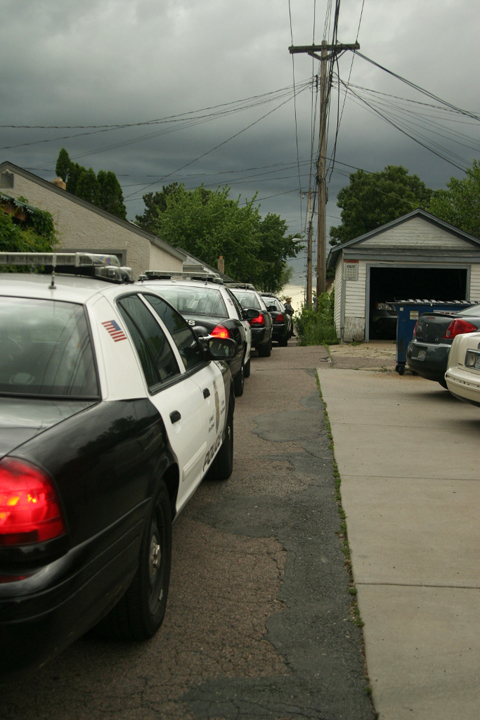 Minneapolis Police Chief Timothy Dolan said Freddie Mac had asked the police to remove the trespassing occupiers. “When we get a call we have to respect that,” Dolan said, but added, “We’re advising Fannie Mae [sic] that we’re done here. It’s their responsibility.”

After the eviction, about 60 demonstrators marched from the Cedar Ave home to the Third Precinct headquarters on Lake and Minnehaha. They occupied the intersection in front of the precinct building but left after two police warnings and returned to the Cedar Avenue house.

Newby said, “PNC has made a commitment to renegotiate the documents for the family. It’s the Cruz family’s house and it’ll stay that way.” Occupy Homes has successfully pressured banks to renegotiate mortgages with two homeowners whose homes had gone into foreclosure.