The choice of a running mate can easily be over-stated. Did anyone vote for Obama because they like Biden? How about Dick Cheney? Or, for that matter, Joe Lieberman? The Veep doesn’t really change the ticket enough to make any real difference in the long run – but it can change the perception in the press and inject some energy into a campaign. If that’s what was at stake here Mitt Romney, the candidate who could do nothing right, hit a home run or some other sports analogy right when he needed it.

Policy-wise, Paul Ryan brings some serious risk. But his personality and articulate ability to speak out are the real deal. Many liberals, including myself, have little choice but to respect him even as we disagree with him. Nothing substantial has changed in this campaign but it looks like we have a race – and, more importantly, a chance to talk about the critical decisions that have to be made sooner rather than later. 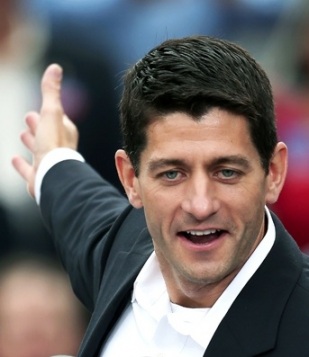 Ryan’s positives are immediately apparent. He’s a completely clean Janesville Wisconsin homeboy – good looking, earnest, sharp as they come, and full of energy. He plays the poker game of politics without a lot of bluffing. Ryan is the anti-Romney in many ways, and the biggest question for the young Ron Paulite wing of the party will be why the ticket isn’t reversed.

The baggage he carries is his Medicare plan, which was successfully painted as a threat to end the system as we know it that will imperil millions of seniors. Even Republicans shamelessly ran away from it after a short time, illustrating how dangerous this is politically. And that gets us to the games of the campaign.

Democrats initially responded to the choice by trying to paint Ryan as a flip-flopper, running their Romney narrative, saying that his embrace of Ayn Rand was both publicly stated and repudiated. This was a stupid attack point and quickly dropped. It was replaced with an attack on his Medicare plan, a much more reasonable line. What is interesting no matter what is how the Obama team is running more like a challenger than an incumbent as they reach out to define Ryan before he can define himself.

That Medicare plan, however, was an important milestone in politics from the last two dreadful years. It does involve a “voucher” plan, where the government would pay basic premiums for seniors. However, that does not mean the end of Medicare as we know it. It might even help dovetail the system into “Obamacare” if done well. What’s important about this plan, however, is that someone actually put forth a plan that would keep Medicare solvent, at least in some form.

Estimates as to when Medicare becomes “bankrupt” range from 2016 to 2024. That’s uncomfortably close at hand, and something has to be done about it. No one wants to touch the problem, however, because it will almost certainly be painful to reform and save. Ryan’s plan may not be what any of us Democrats want to do, but it started the negotiations. When Republicans scrambled away from the heat that it created an opportunity was lost.

Medicare is one of the Big Four issues confronting the Federal government which together are why we have such insanely high budget deficits. The others are Social Security (very similar to Medicare), runaway Defense spending, and tax code reform. Somewhere in here is a grand compromise between Democrats and Republicans, once they put themselves to work, that gets our budget back on track. Ryan is one of the few people who has actually spoken out and presented options on all of these issues.

Then again, when it came time to make something happen Ryan backed out. He was on the committee that was supposed to flesh out the Simpson-Bowles plan and get it going. Instead, Ryan went with his Republican colleagues and voted to kill the process. Ryan did that because it did not include a deal on Medicare, what Ryan will not let go of. It does come back to that plan every time for Ryan, no mater what.

How big of an asset or liability is Paul Ryan? Romney succeeded in many ways where John McCain failed – reaching out to the conservative base while appealing to a new constituency, in this case young moderates. But where Ryan has served his nation the best, by opening dialogue on key and immediate problems, he brings a lot of peril to the ticket.

What any of us who are into budget policy can hope is that Ryan’s selection opens up the dialogue on these issues that he has constantly asserted is his main goal. If that happens, no matter who wins the race the nation has a chance at winning this election. Let’s hope.