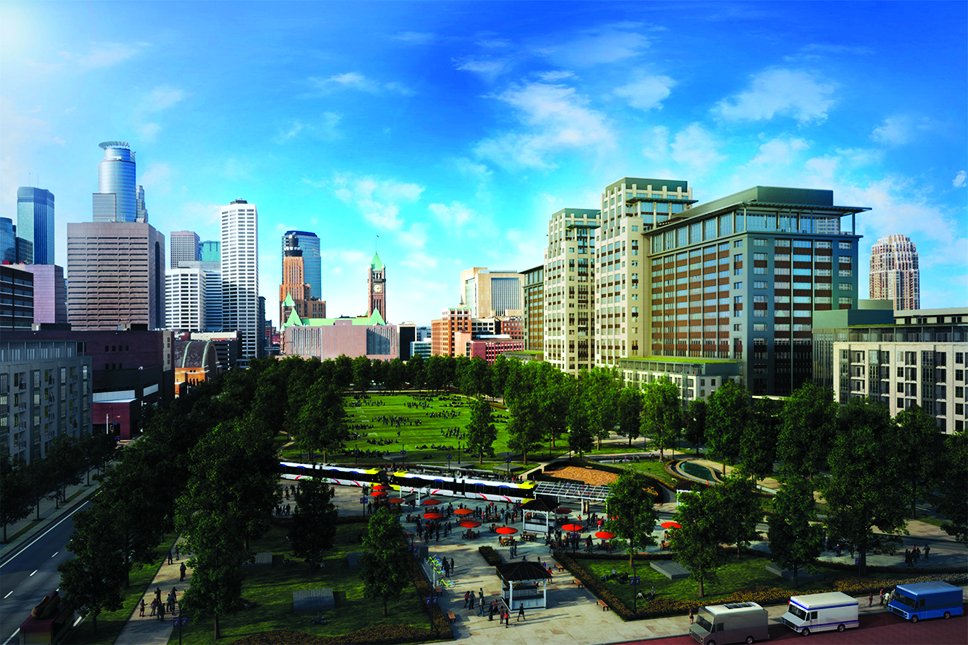 The council vote was unanimous in support of the $400 million development, which will include office towers, housing, and a new park.

The go-ahead for the Ryan project vindicates stadium supporters — including Governor Mark Dayton, state legislators, and a 7-6 Minneapolis Council majority — who advocated for the new stadium as a job-creating, economic development that would attract further private investment.

“We’re very excited about the continued resurgence of the construction industry, especially in downtown Minneapolis,” said Dan McConnell, business manager of the Minneapolis Building and Construction Trades Council. “The credit goes to our members who got involved and advocated for the stadium project.”

“The stadium project has proven to be a catalyst for development in our city,” McConnell continued.

The Ryan project will be a feather in the cap of Mayor R.T. Rybak as he prepares to leave office.

Mayor-elect Betsy Hodges, who voted against approving the stadium as a city council member, voted for the Ryan development: “Our community will now house fantastic and connected new spaces to live and work, and the City of Minneapolis will collect tens of millions of dollars in taxes over the coming decades,” she noted, also welcoming the construction jobs.