For all the shows I’ve seen at First Avenue over the years, absolutely nothing quite compares to the raucous party I witnessed on Wednesday night courtesy of Rusko: dubstep DJ, producer, and, as it turned out, crazy weekday rave ringleader.

I walked in as local DJ—and Envy resident DJ—Strangelove (Jay Tappe) was appropriately playing a remix to Major Lazer’s “Pon De Floor” (Major Lazer member Diplo runs the record label Mad Decent, which released Rusko’s last album). Not to discredit Strangelove, because he played an impressive set, but I was absolutely shocked to see just how packed not only the dance floor but the entire venue was, and it wasn’t even 10 p.m. The floor was a sea of flailing arms (complete with glowstick wristbands, naturally) and the rest of the place was littered with gyrating ravers, totally lost in their own little worlds and valiantly modeling traditional rave garb: hot pink knee-high fur boots, colored hair extensions, and even one particularly memorable glowstick hula hoop (causing me to wonder how, precisely, you get a hula hoop past security).

As we stood in the three square feet of available space we managed to find just outside of the glowstick hula hoop’s orbit, Jay Gabler turned to me and said, “We’ve stepped out of our chillwave box and into a coke-fueled rave.” I can’t confirm the presence of cocaine at the venue (though I did observe a fishnets-and-fur raver chick get escorted out of the women’s bathroom, and presumably the venue, for “just holding some drugs for a friend”), but I can say with authority that the 420 holiday was certainly being celebrated in full force, as literally the entire place smelled—no, reeked—of weed. I had naively wondered whether the electronic music set and the stoner set could sensibly overlap, and this certainly answered my question. 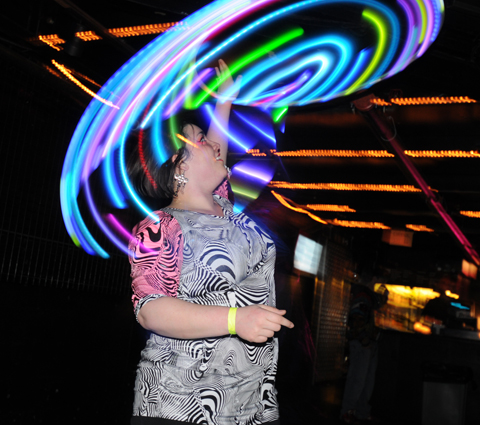 Next up we had second opener Doorly (Martin Doorly) who played a consistent but unremarkable set of genre-spanning electronic dance tunes. The most notable feature of his set was the recordings (in a heavy English accent since Doorly, like Rusko, is from the UK) that interrupted during song transitions, jubilantly announcing his name. “DOOOOOOOOOORLYYYYYYY!” Towards the end of his set, the voice interjected again, saying, “Does anyone in here like dubstep?” and over hysterical screams from the crowd, we heard our first dubstep track of the night.

None of this is to say that Doorly put on a poor performance; it’s just that the place was vibrating with frenetic energy in anticipation of Rusko’s set. As a raver bro walked off the dancefloor in front of me, completely soaked with sweat, he announced, “It’s my birthday! It’s fouuuuuur twentyyyyyyy!” Jay turned to me and said, “This is fertile ground for Rusko.” 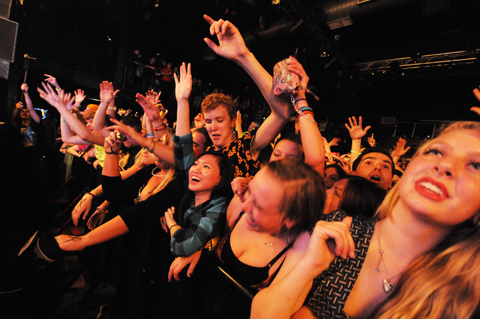 And he was right. Believe me when I say that First Ave was in rare form. In addition to being so packed so early (and in addition to a non-mainstream DJ selling out the Mainroom on a Wednesday night) the place was going totally crazy. As I looked out over the crowd, it was as though I was watching an Electric Light Parade that had taken a wrong turn somewhere around Space Mountain. The crowd looked like a single, thousand-appendage organism pulsing along to the beat, or maybe like a sea of depraved hedonists descending into hell and holding out for a dubstep hero ’til the end of the night. Seriously, it was nuts.

Finally Rusko (Christopher Mercer) took the stage and the crowd just lost it. I found a place to hide between a load-bearing pole and a trash can, a vantage point from which I watched partiers maul each other (in the good way?) as Rusko immediately took control of the DJ booth and, obviously, the crowd. 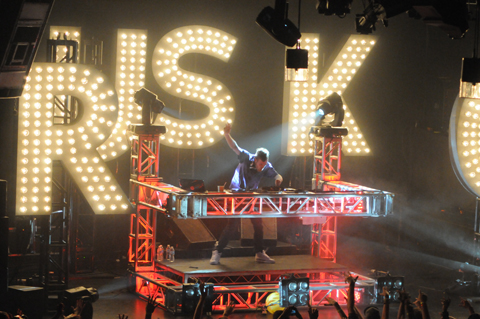 When I spoke to Rusko about dubstep, he told me that it’s really about the bass. Holy god, was he right. Sure, I was close to the speakers, but my clothing was fluttering like leaves in the wind. As the “dubstep part” (sorry, still not entirely sure how to talk about it) kicked in (you know, the wobbles), the promised hydraulic letters dropped and the full stage show went into effect. It was cheesy for sure, but it was perfectly aligned with Rusko’s personality and stage persona. He was energetic and honestly, kind of precious: bunny-hopping across the stage, egging on the crowd, shaking his finger in the air adorably (and post-ironically?) like some sort of mohawked doo-wopper. As I watched a piece of residual Girl Talk confetti float down from the ceiling, undoubtedly knocked loose by the ferocious bass, a pair of panties simultaneously launched towards the stage. For the record, both were hot pink.

Besides all that, there’s not much else to say, except that those in the mood for an insane, smoky, dubstep party certainly got their $20 worth. Though I had my doubts about the prospects a successful weeknight dubstep show, what will undoubtedly come to be known as the Rusko 420 Show blew my expectations out of the water. As far as Rusko goes, O.M.G.—the title of his first album—is right. 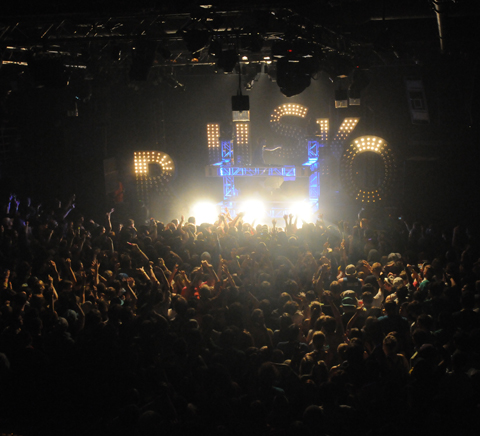 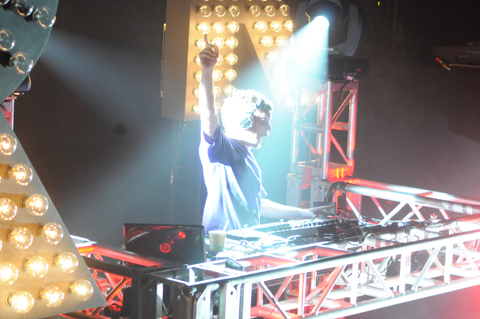 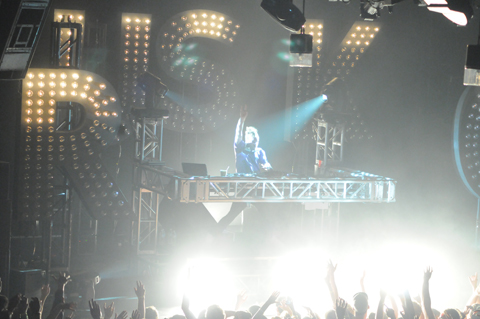 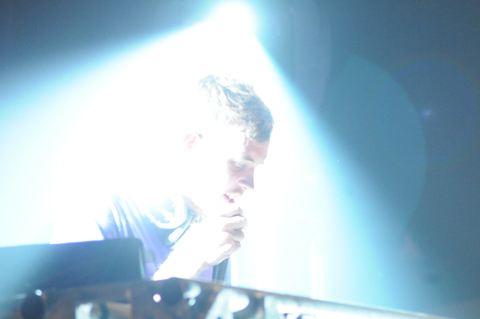 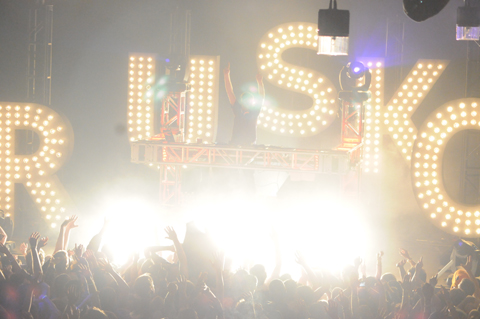