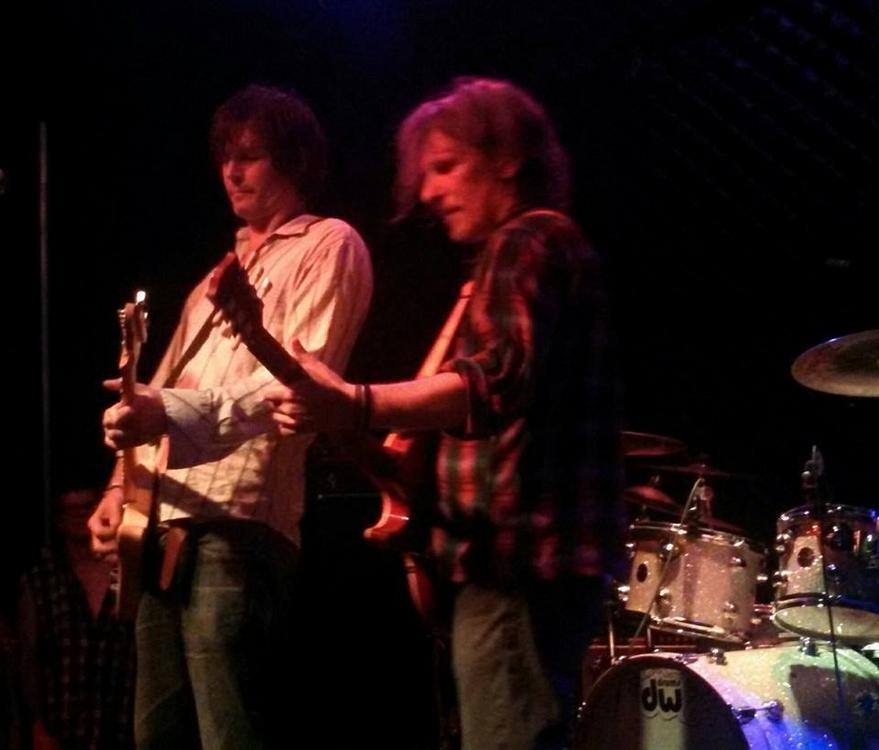 The Run Westy Run gig at the Triple Rock Social Club was bittersweet. The show was great. The band was on their game. They played for two and a half hours. But someone was missing.

Kyle Johnson, one of the Johnson brothers who cofounded Run Westy Run, passed away on Aug. 8, 2014. He was there in spirit, his spirit lifted everyone but clearly his absence was felt as well – felt acutely by many in the audience. In fact one of the strangest parts of the show was seeing a celebration happening on stage with tears in more than a few eyes in the audience.

Run Westy Run, one of my favorite bands from my high school days, has been playing again this year. I saw their show about Christmastime at First Avenue. It always dangerous to see a favorite band after a decade (or more) hiatus but I was so pleased with how good the show was. I saw them at the beginning of the summer at the Amsterdam Bar; and they were fun but I didn’t see the same spark. Monday night the spark was there in full force.

They played a lot of the older songs, Mop It Up, Circles of Joy and Dizzy of Road. There was a huge amount of audience interaction – clearly a lot of old friends appreciating the music and each other. One fan had brought a picture of Kyle and fit onto one of the band’s speakers. There were guest appearances from Jim Boquist and a Dale Nelson from Otto’s Chemical Lounge. Actually Nelson was like the best roadie ever supporting the band with towels and drinks, some dancing – nearly as well as Kirk – the best on stage dancer ever. And it has to be noted Nelson can still control the microphone. Maybe Otto’s Chemical Lounge needs to play the next Westies’ show.

One surprise, they didn’t play Heaven’s Not that Far Away – but maybe they wanted to keep something for the next time they play, which will hopefully be soon!

Correction: A previous version of this story incorrectly stated the date of Kyle Johnson’s death. He passed away on Aug. 8.

Correction: A previous version of this story incorrectly spelled a dancer’s name.