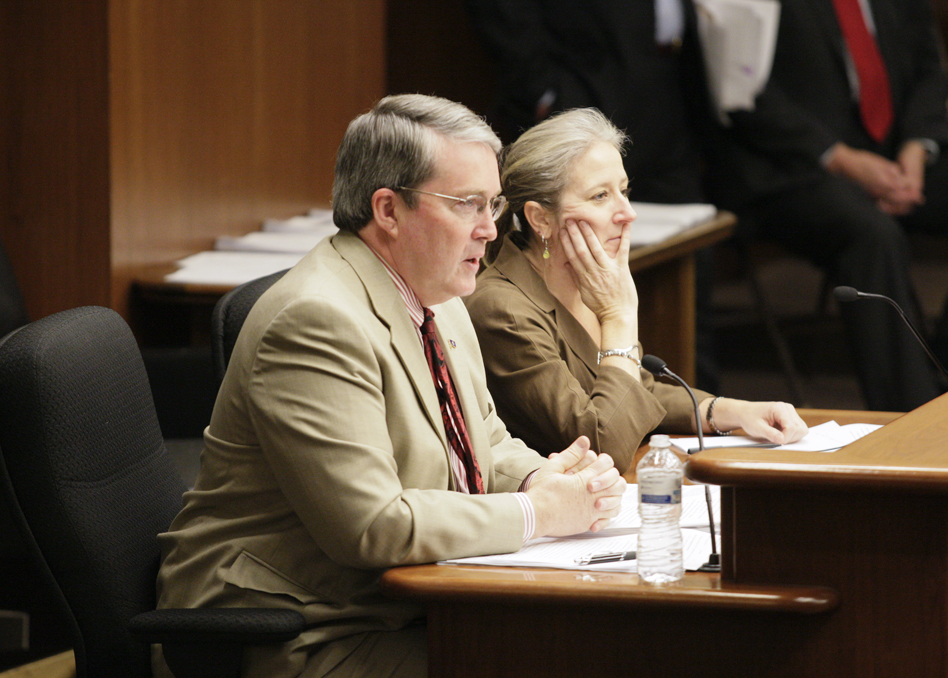 Jerry Zubay knows the cost of regulations. As a restaurant owner, he has a veritable army of government entities policing, inspecting and picking apart every aspect of his business.

“I don’t have anybody there from the nuclear waste commission; other than that, pretty much everybody has their sights on me,” Zubay said.

His experiences with regulators range from the annoying — having to pay a master electrician to install a lock box on a light switch located 12 feet off the ground — to the comical. One agency insisted that he install a sprinkler system inside of his new 6,500-pound wood-burning pizza oven, then changed their mind and told him to put a garden hose next to it in case of emergencies.

Zubay said the rules and regulations he has to follow, while well-intentioned, are costly, time-consuming and ultimately harmful to his business. And during his 40 years in the industry, he said the problem has worsened as new rules are piled on top of old ones.

The over-reach of government is not a new complaint from the business community. But what many might not realize is that the rules that apply to businesses often come not from elected officials, but rather from professional regulators at state agencies. This happens through a process known as “administrative rulemaking.”

Here’s how rulemaking works: Let’s say lawmakers want to protect the public from tainted food. Rather than spend time at the Legislature debating how to do this, they enact a law delegating that authority to experts at the Health Department. Health officials study the issue, meet with stakeholders and take input from the public before finally adopting a set of administrative rules that describe how to safely cook, store and serve food.

For people like Zubay, those rules take on the full force of law. And oftentimes there’s not just one code for them to follow, but many. In Zubay’s case, there are health codes, building codes, liquor regulations and many others.

An ‘avalanche’ of rules

Administrative rules have been around since the early 20th century, and are generally considered part and parcel to governing a complex society. But as they’ve accumulated over the course of many decades, some have argued these rules have become a barrier to economic growth as well as basic freedoms.

The problem isn’t just the number of rules — which now rival statutes in terms of sheer volume. Rep. Mike Beard (R-Shakopee) said the problem is also that lawmakers and the public aren’t kept in the loop about what he calls “an avalanche of rulemaking.”

“We’re beleaguering our poor citizens with rules they don’t even see coming until they see the flashing lights in the mirror or they get the nasty letter in the mail saying, ‘you’ve been summoned and you’re being fined,’” he said.

Beard said lawmakers often don’t find out when agencies adopt rules that are handed down by the federal government, or that they promulgate on their own authority without any direction from the Legislature. He said legislators often find out what agencies are up to only after hearing a complaint from an angry constituent.

“You have a trucker, for instance, that gets pulled over on a logbook violation that six months ago didn’t exist. … Where’d that rule come from? These things — they keep happening” he said.

Beard is one of many Republican lawmakers who have come forward this year with bills that would reform administrative rulemaking. The proposals they’ve laid out range from strengthening legislative oversight of rulemaking (Beard’s HF2169) to imposing a two-year moratorium on new rules (HF2211), sponsored by Rep. Tom Hackbarth (R-Cedar).

But as lawmakers are finding out, curbing agencies’ rulemaking power isn’t as easy or simple as it might seem.

Critics of rulemaking contend that legislators have given up too much power to the executive branch. One lawmaker who hopes to correct this is Rep. Doug Wardlow (R-Eagan).

Wardlow sponsors HF1831 that would require legislative approval of rules that have a significant economic impact. The bill is meant to address what he calls “the soft tyranny of unelected technocrats.”

“What happens when you have this multiplication of rules and delegation of legislative authority to unelected civil servants? It undermines the rule of law and undermines representative democracy,” he said at a Jan. 31 hearing.

Many struggling small business owners and frustrated legislators would probably agree. In practice, however, greater legislative oversight over administrative rulemaking comes at a price.

Delegating rulemaking authority to the executive branch allows legislators to farm out the technical aspects of lawmaking to people who are experts in their respective fields. Putting that responsibility back in lawmakers’ hands could mean forcing them to hash out issues like how many walleye anglers should be allowed to take from specific lakes, how thick protective liners underneath landfills should be, and how to update the diagnostic codes used by insurance companies and health care providers.

Even if lawmakers wanted to review every administrative rule handed down by agencies, critics argue it would be logistically impossible. Michelle Beeman, an assistant commissioner at the Pollution Control Agency, said legislators would quickly find themselves bogged down with highly technical issues.

“Those are the details that are in our rules that, really, the Legislature shouldn’t be bothered with. You want those engineers and experts to be the ones wrestling with it,” Beeman told a House committee Jan. 31.

Moreover, agencies argue they’re being falsely maligned as power-hungry bureaucrats when in fact they’re only doing what the Legislature asked of them.

“These rules are put together for safety and health reasons, not just because we’re trying to hurt small businesses,” said John Rajkowski, director of governmental relations for the Department of Labor and Industry.

Proposals to require legislative approval of rules or stop rulemaking altogether appear to be moving slowly through the House. But Beard’s bill, HF2169, appears to be gaining momentum.

Beard supports a less aggressive approach. His bill would strengthen the Legislature’s ability to object to proposed rules and create a more thorough process for reviewing the ones already in place.

“I want the Legislature to be more engaged,” Beard said.

Technically, lawmakers already have the power to legislate away any administrative rule they disagree with. They rarely use that power, however, and Beard said many legislators aren’t even aware that it exists. If nothing else, he hopes his bill can rectify that situation.

Critics warn that even Beard’s bill is flawed, in that it asks lawmakers to take on a seemingly unreasonable task: reviewing hundreds of chapters of administrative rules. Beard isn’t fazed.

“We’re going to have homework to do, that’s right. But it’s time we stopped whining and stepped up and realized that we’re part of the solution,” he said.

Perhaps not surprisingly, the executive branch tends to resist intrusions on its authority. Both Gov. Mark Dayton and former Gov. Tim Pawlenty have vetoed efforts to place even modest limitations on rulemaking. Beard said he’s hopeful his bill, which has bipartisan support, will be received differently.