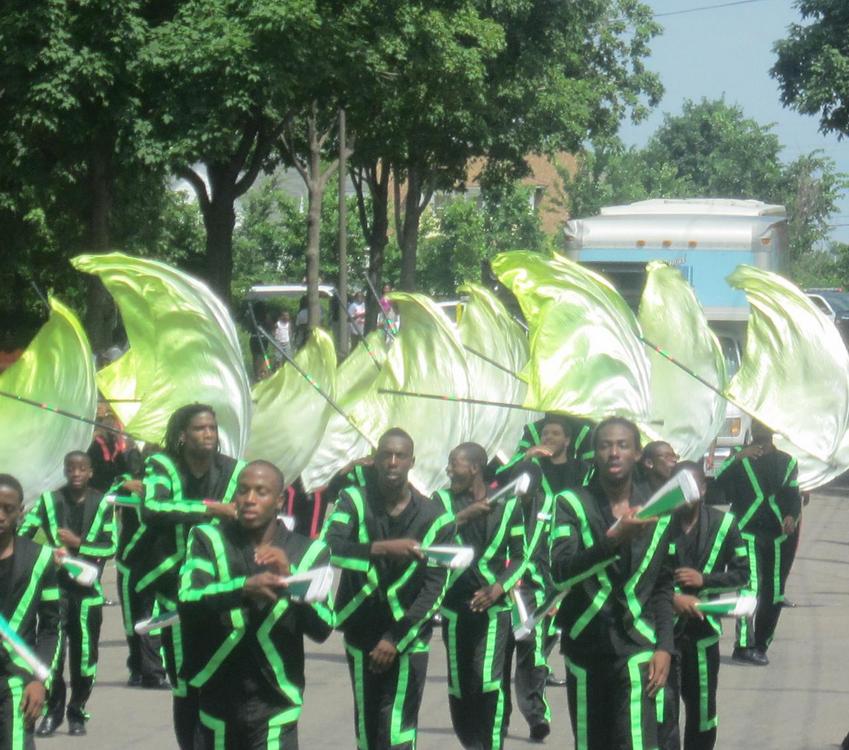 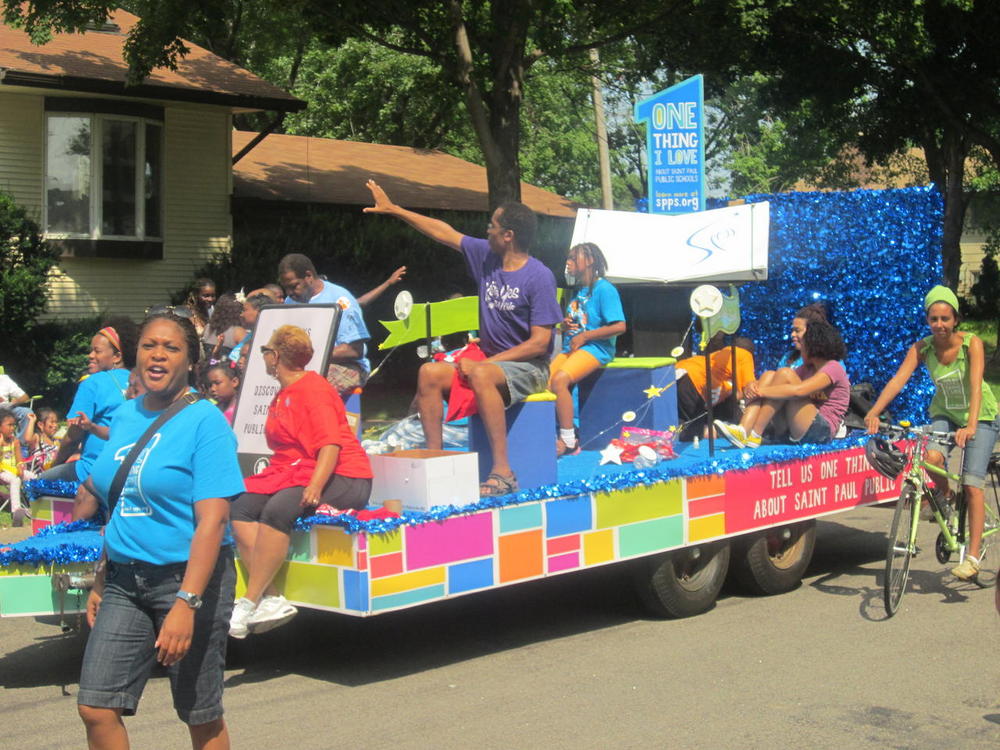 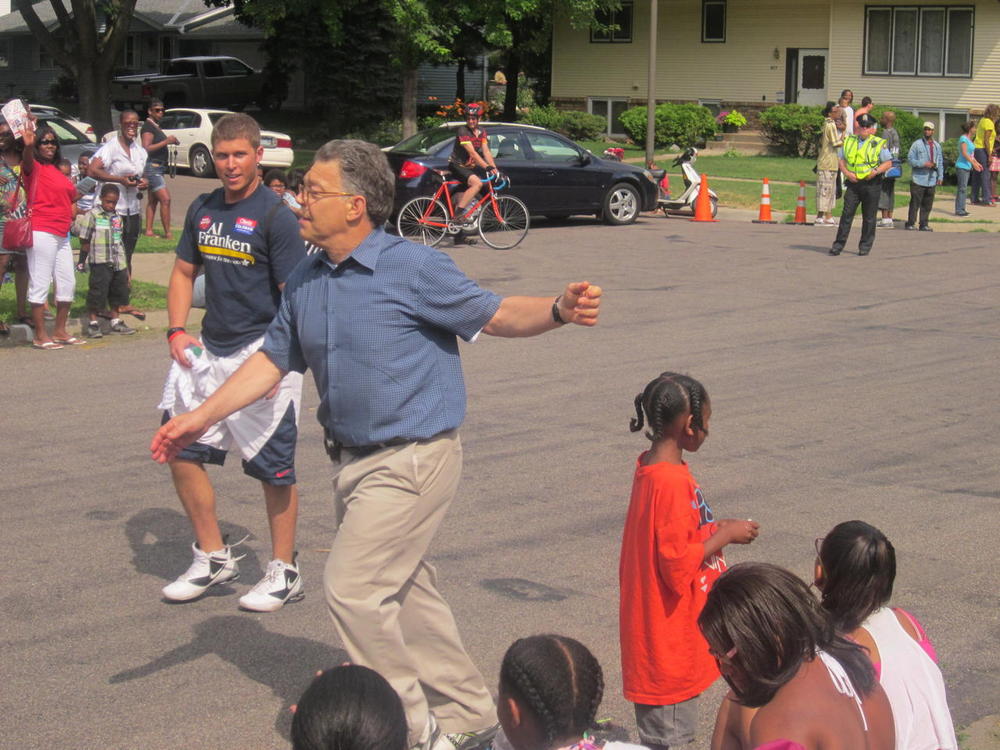 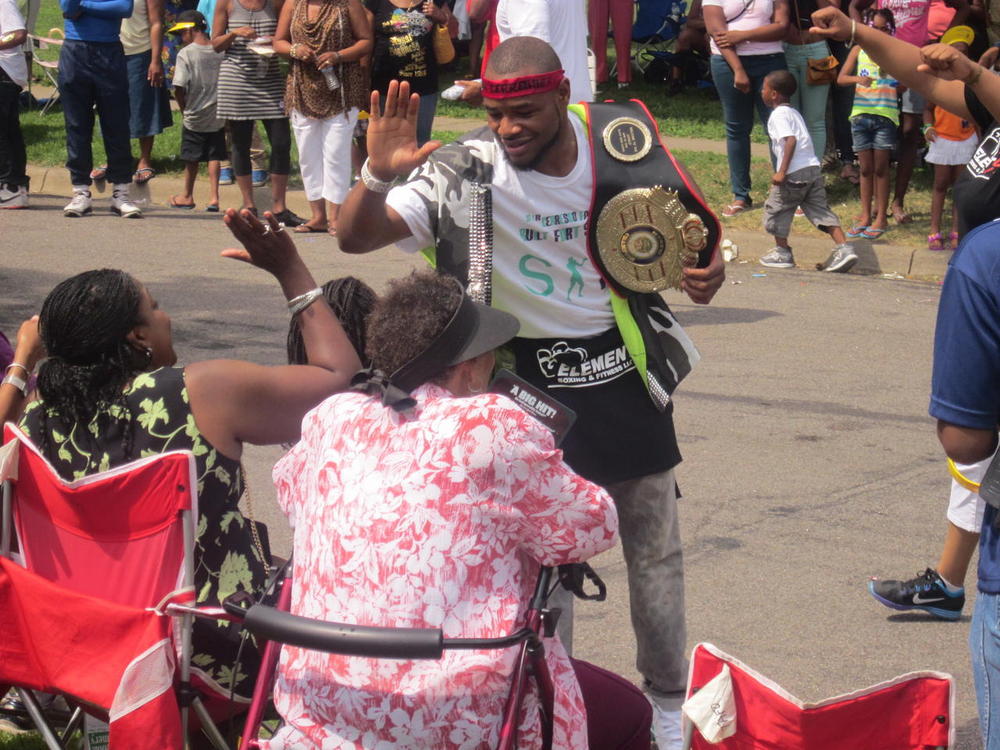 You couldn’t have asked for better weather for the Rondo Days Grand Parade and Festival in Saint Paul, Saturday, July 20. The temperature was comfortably warm and the skies clear, as young and old gathered to celebrate the 30 Year Anniversary of the Rondo Days Festival.

The Rondo Days Festival gives a nod to the community’s historic past, serving as a reunion of sorts for its former residents, while at the same time embracing and celebrating the new neighborhood.

The old Rondo community, which was home to Saint Paul’s largest African-American neighborhood, is fondly remembered today as a self-sustaining haven that allowed African-Americans the opportunity to dream and flourish beyond society’s harsh racial landscape. The Rondo community served as an economic, social, and cultural foundation for its residents, a foundation that was uprooted by the construction of I-94 in the mid-1960s.

Posters  displayed the stories and memories of the old Rondo community at the Senior Recognition Dinner, July 18. Rondo Avenue may no longer exist, but “Rondo Avenue, Inc.” a community-based 501 (c) 3 organization founded in 1982 by Marvin “Roger” Anderson and Floyd Smaller, has helped preserve and pass down the rich heritage to younger generations and newer residents. One of the key components to the historical preservation has been the annual Rondo Days Festival, the first being held in 1983.

The Rondo Days Festival began July 12 with a Founders’ Reception that honored “Red Caps,” Black baggage handlers who served as pillars of the Rondo community. The celebrations continued throughout the week with a Rondo Exhibit at the Minnesota Historical Society, a hip hop show, Black History of Baseball at the Hallie Q. Brown Center, a golf tournament, a senior recognition dinner, and a 5K Walk/Run.

Capping off the Rondo Days activities is the Rondo Days Grand Parade, one of the festival’s most popular events. A colorful array of parade participants, from drill teams and marching bands, to community organizations and Senator Al Franken, among other politicians, were greeted with high spirits and high fives as they walked (danced, drove, or strutted) down the parade route, Saturday, July 20. Saturday’s activities culminated with a special performance from Twin Cities’ own, Mint Condition. Rondo Days’ festivities officially concluded Sunday, July 21, with a Founders’ Ball at Arnellia’s nightclub. (See the slideshow for parade and festival pictures).

The Rondo Senior Recognition Dinner, July 18, offered a chance for members of the old Rondo community to reunite and reminisce.