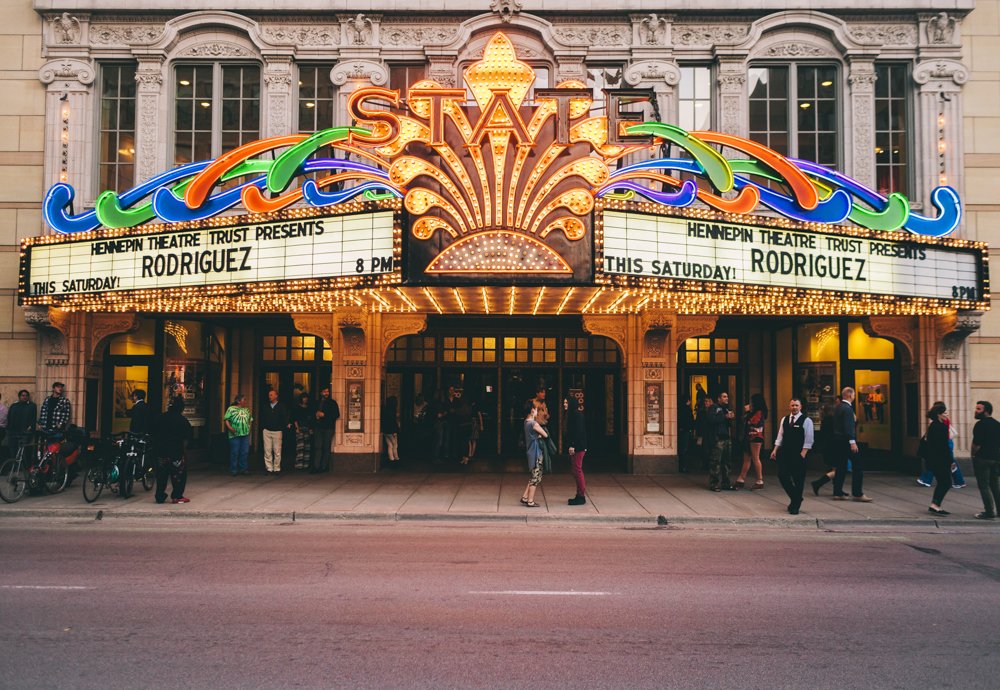 Mexican-American Folk singer Sixto Rodriguez played to a sold-out crowd of 70s-era fans on his comeback tour at the State Theatre on Saturday, May 17.

Rodriquez, who was resurrected by a 2012 Oscar-winning documentary entitled Searching for Sugar Man, was escorted on stage by an entorage that included his daughter and toddler granddaughter. It was refreshing to see the family support, testimony to his Latino heritage. His black hat, long hair and all-black outfit was a throwback to his early years.

Rodriquez is known to use different support bands throughout his tour performances. This time he was accompanied by two electric guitarist—one a female from New Zealand the other male from the UK. Although known as a folk singer, Rodriquez also added tunes of rock, soul and blues.

He went into rock with “Lucille” and occasionally Sixto shouted out advice like “Be gentle with your anger,” “Men must stop hitting,” and “Stay smart don’t start drugs.”

He then sang several tunes from his original two albums Cold Fact (1971) that included Spanish guitar tune “Sugar Man.” and Coming from Reality (1971).

His fans where thoroughly delighted and at times stood up and danced in their chairs. Sixto provides US audiences with an opportunity to once again appreciate his talent.