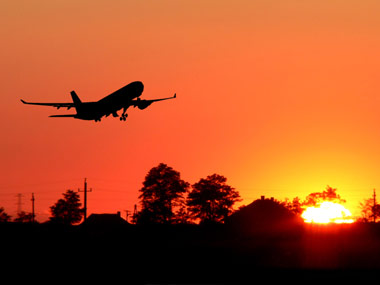 It is a modification of a limited but more realistic plan to use routes over river valleys and industrial corridors to reduce flights over schools and residential neighborhoods. Frequent flights must be kept at safe distances from each other, and along more or less the same departure route a flight is less likely to overtake the one ahead. Having this pattern with “closing rates” allow time for corrections, whereas flights along paths intersecting at an angle do not.

The proposed air traffic control scheme is complicated, and unlikely to be implemented as advertised. The change may actually cause more delays than it avoids due to ground traffic congestion. It will take time to equip and re-train airline pilots and flight planners and FAA controllers. There is no common navigation and cockpit avionics system among all MSP users. It will be expensive, needing years of FAA, airport, and airline upgrades and tests. Predicted noise impacts might also not pan out as initially thought.

Here’s what really needs to be addressed. For a number of reasons airlines are cutting back flights, but concentrating traffic during early mornings and late afternoons. The FAA policy of “efficiency” favors maximum airline use of runways. This means using MSP runways during peak hours at high rates and minimum separations more often—in spite of possible safety problems.

The Metropolitan Airports Commission (MAC) just submitted a limited capital improvements plan for 2013 to 2020 in anticipation of even more traffic in years to come. There are three sequential alternatives, all continuing over 150 operations per hour for several hours daily. The operational status quo now complicated by new flight paths, unresolved air traffic control procedures and by noise concerns; or completing more gates at the Humphrey Terminal, complicating ground traffic if the gates are used at peak hours; or moving all of Delta’s competitors to Humphrey and expanding operations at the Lindbergh Terminal.

Before proceeding with these plans, we must have a better idea of how this expansion combined with future concentrations of flight scheduling will impact neighbors and tower communication.

The safety of having several airlines at MSP re-locate from Terminal 1 to Terminal 2 is questionable. The plan to add gates and thereby add to peak-hour demand is out of synch: air and ground traffic safety is most needed at “rush hours.” MSP peak-hours have more than twice as many operations as the average hour (155+ operations, peak/hour, or 50% of all flights in about 5 hours).

There is little appetite from neighbors and the traveling public for more congested and noisy peak hour operations. If MSP is to safely meet forecast air travel needs, then clearly, the extra costs for safe and affordable hub operations must be either fully funded or completely restricted.