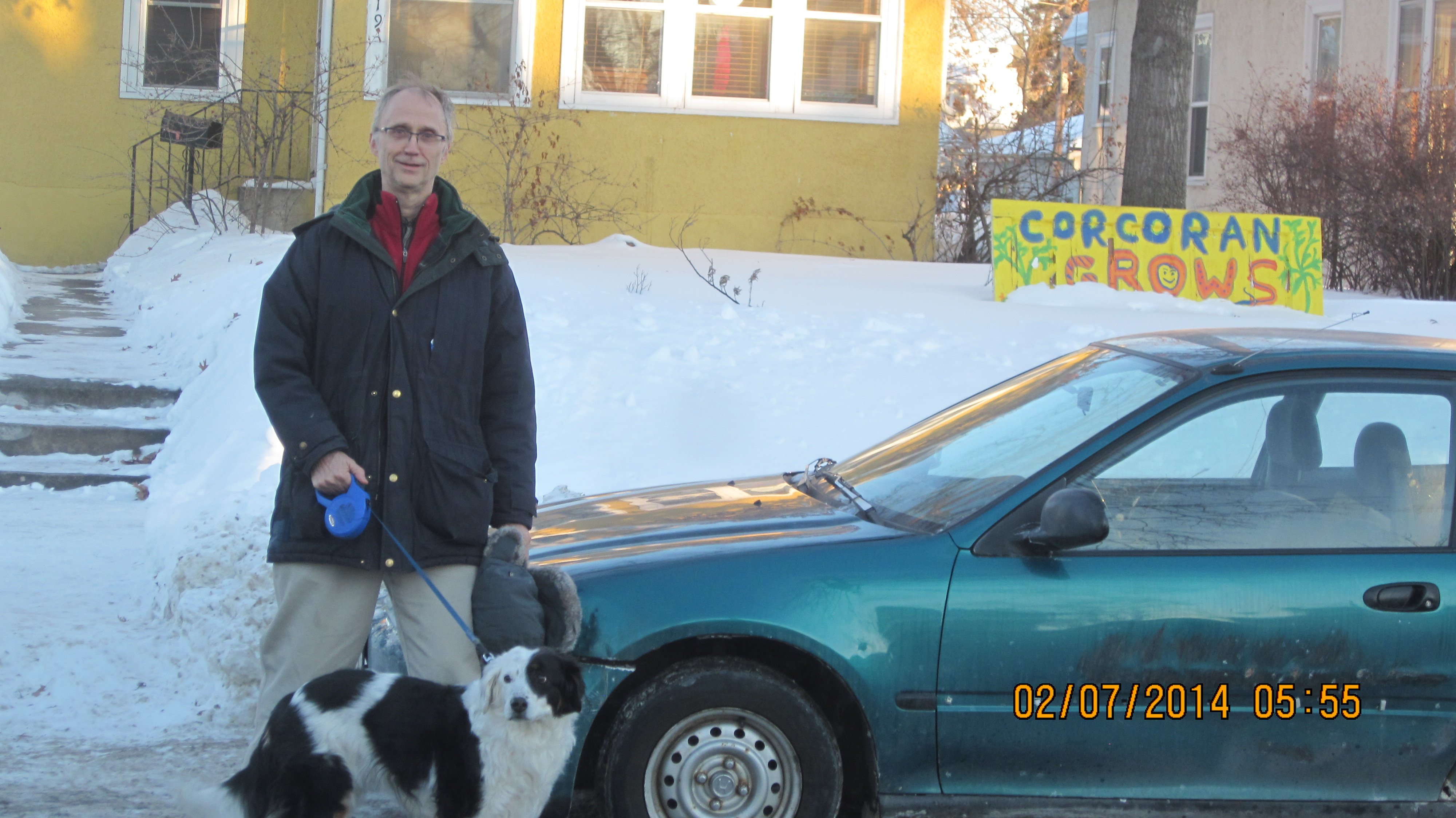 A few years ago, I was on the state highway traveling back from South Dakota. It was a beautiful day. I was driving my teal 1995 Honda Civic and traveling with my friend Peter. We came east out of Roberts County from South Dakota and turned south winding along Big Stone Lake through Ortonville then up out of the valley and across the beautiful farmlands of West Central Minnesota.

I was cruising along at 55 mph, the speed limit. Eventually I slowed down to 53 mph to see how good my gas mileage could be. I maintained that speed through much of the rest of the return trip occasionally veering up to 55 or 56. When we arrived in Minneapolis, we filled up with gas and I checked my mileage: 58 miles per gallon. I actually thought there must be some mistake. But I was intrigued by this.

I thought it might have been aided by the west wind and the slight downward slope of land from west to east in Minnesota.

A year later I drove to South Dakota again for a family reunion. I topped off my tank a short way out of town and punched the trip odometer to zero as I do on road trips. I again drove with care, slowing gradually at towns and speeding up gradually, maintaining a 53 mph average as I drove into the west wind and slightly uphill across the state toward the South Dakota line.

When I reached Sisseton, SD, I filled up again and checked mileage: 192 miles. I looked at the number of gallons I had pumped. Three gallons! I was astounded: 64mpg!

The following autumn, I took a trip to Austin, Minnesota, to see my folks. I again filled up before the trip and cleared the trip odometer. The same drill–53 mph and gradual acceleration and deceleration. When I arrived in Austin, about 100 miles, I filled up. The result: 71 mpg!

I realize that some of you readers may not believe this. I don’t hold that against anyone. However, as columnist Dave Barry says, “I swear I’m not making this up.”

I told my brother Todd about this. He has a ton of education in physics and fluid mechanics and he says it is expected that you would get better mileage the slower you go. I still go over 60 mph when I think its important to make time, but I often drive at 53.

So there you have it. I recommend you try it for yourself, if you can stand to have the finger waved at you occasionally on the highway. But if you keep in mind the devastation of the catastrophic tar sands which supply a good portion of our domestic oil now, you just might consider it.

Corcoran GROWS is a group of concerned neighbors who believe tough environmental problems can be addressed by our neighborhood coming together to learn, share, and support one another. I recommend you get involved with us in Corcoran GROWS. Upcoming events are a rain barrel stand workshop, building raised beds and compost bins, and creating a community tool shed. Another garden tour is on the docket this year.

FFI: Get on our email list: email Joe Hesla at jhesla@juno.com

Mission statement: Corcoran GROWS mission is to unleash the potential of its neighbors, through a variety of efforts that empower our community to work together toward greater self-reliance.