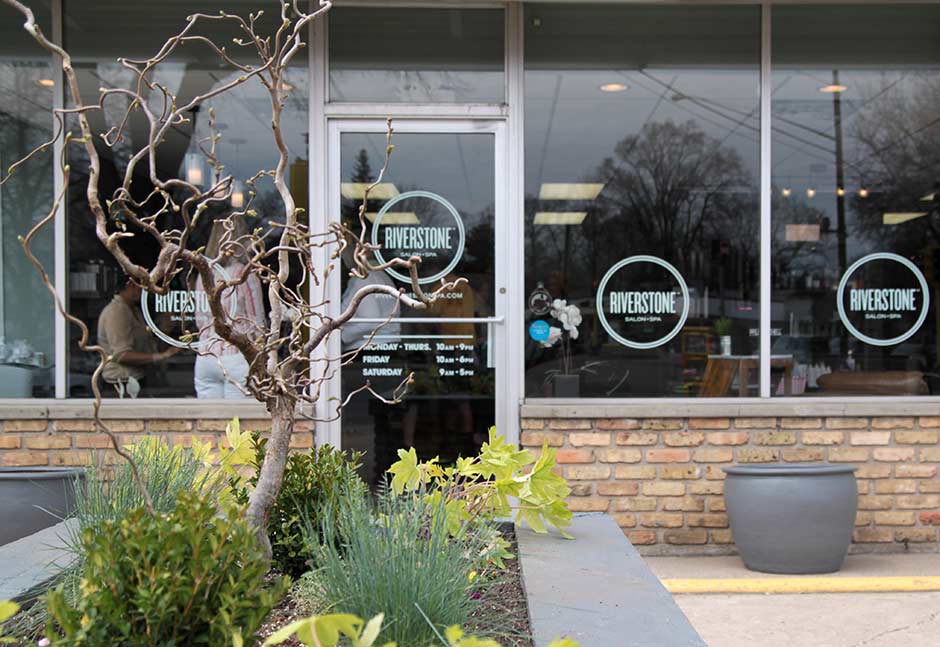 Riverstone Salon and Spa has officially moved from its old location on 42nd Ave and 34th Street to its new digs at 37th Street and Minnehaha Ave.

The salon hosted an open house on Sunday afternoon, and we stopped by to see the new renovations that had been done in the space.

When considering new locations, Owner Tamie Drackert wanted to stay in the Longfellow neighborhood and had considered several local options, including the former Super America on Lake Street and the building that housed Minnehaha Coffee on 46th St. When she saw that the 38th Street Flower building was for sale, she knew it was the perfect space. They closed on the space in November, and with the help of family and friends did all of the renovations themselves in time for a spring opening.

Having such a large salon wasn’t what Drackert imagined when she first started in the business. She said, “It was a great gift, I never expected to do this eight years ago when I was working out of my home.” 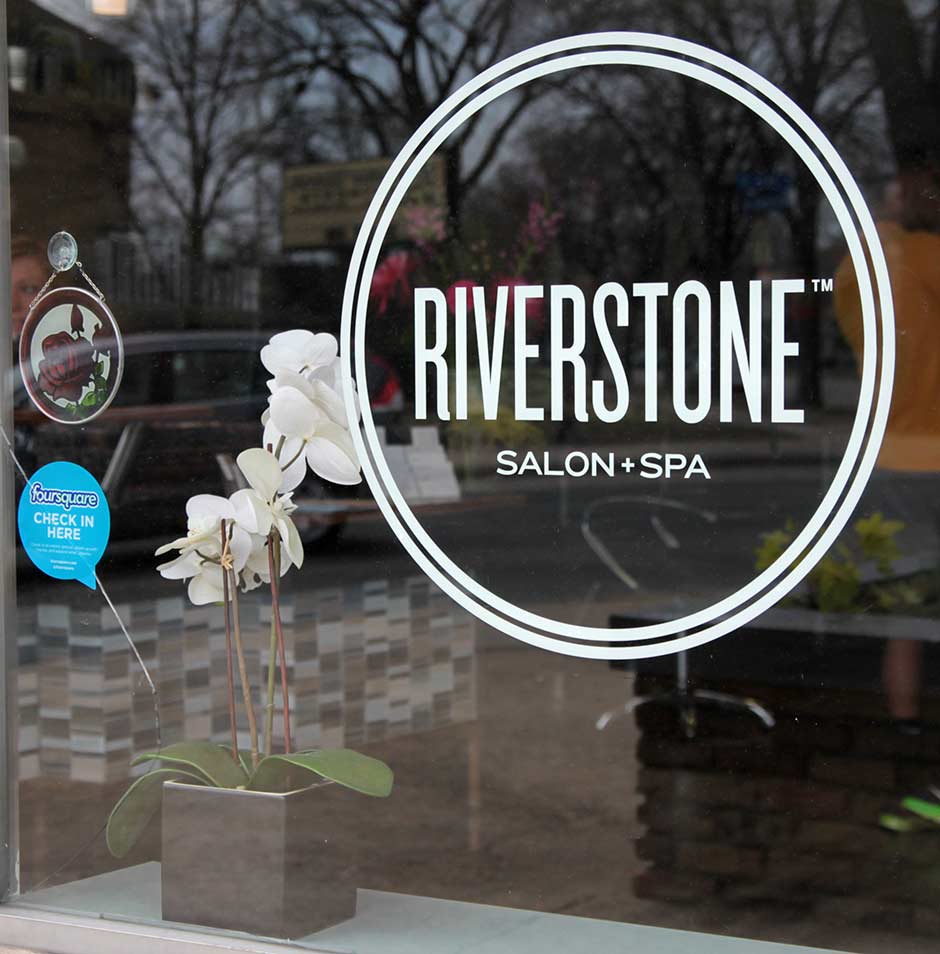 When Drackert and her crew were in the midst of renovations, they found a stained glass rose in the wall. She now has it hanging in the window next to the front door to honor the number of years that the space had been a flower shop. 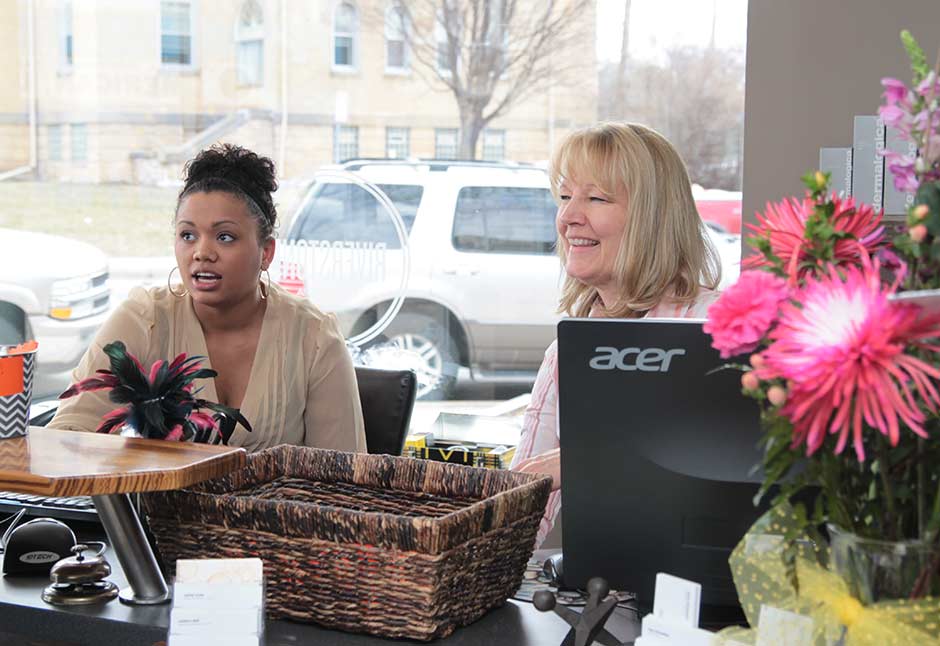 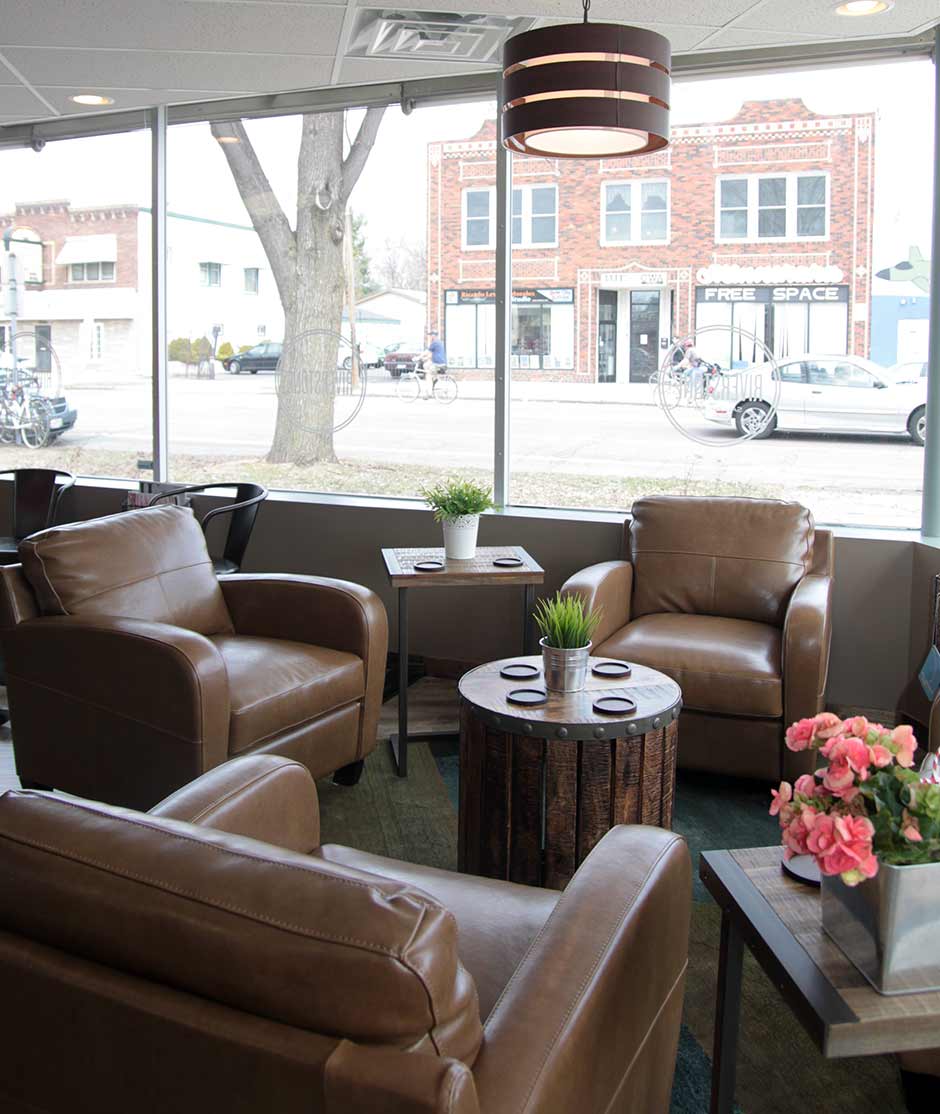 Waiting area at the salon. The big picture windows let lots of light into the space. 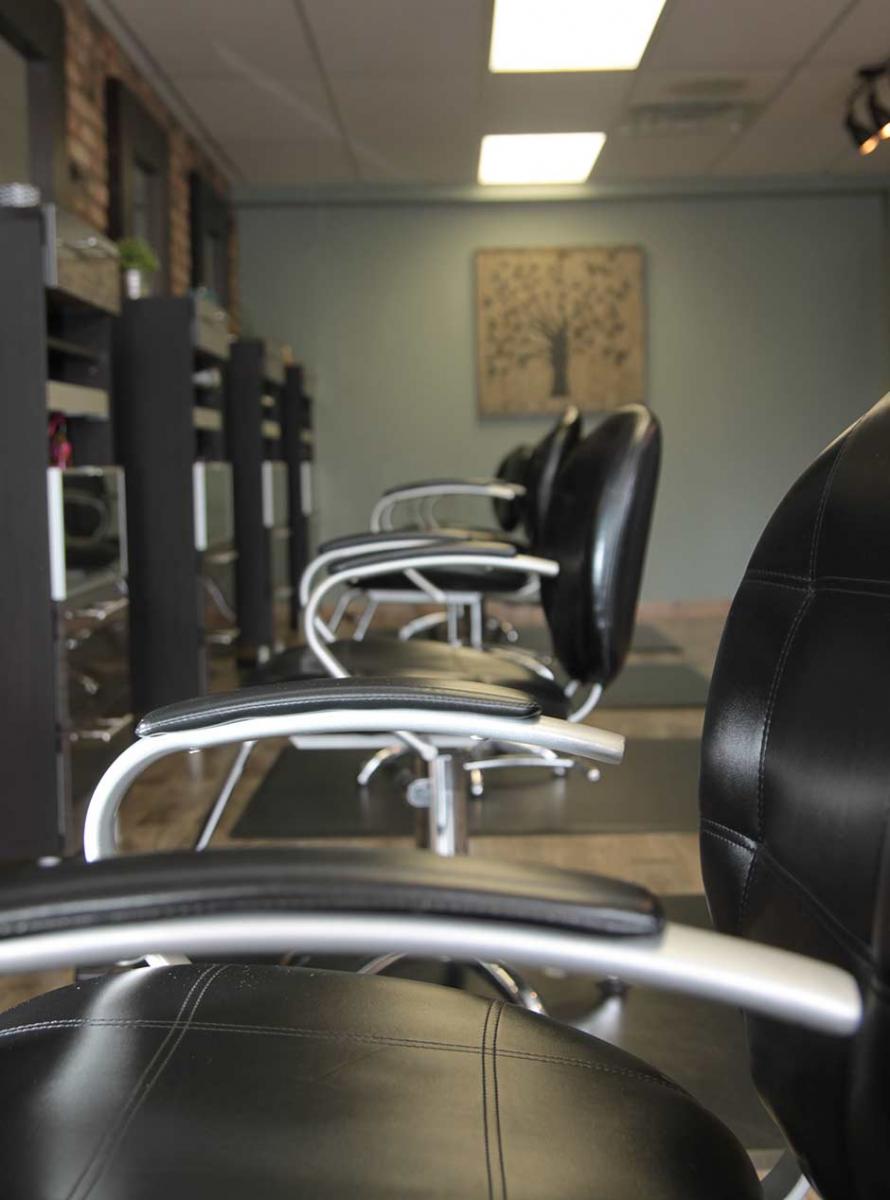