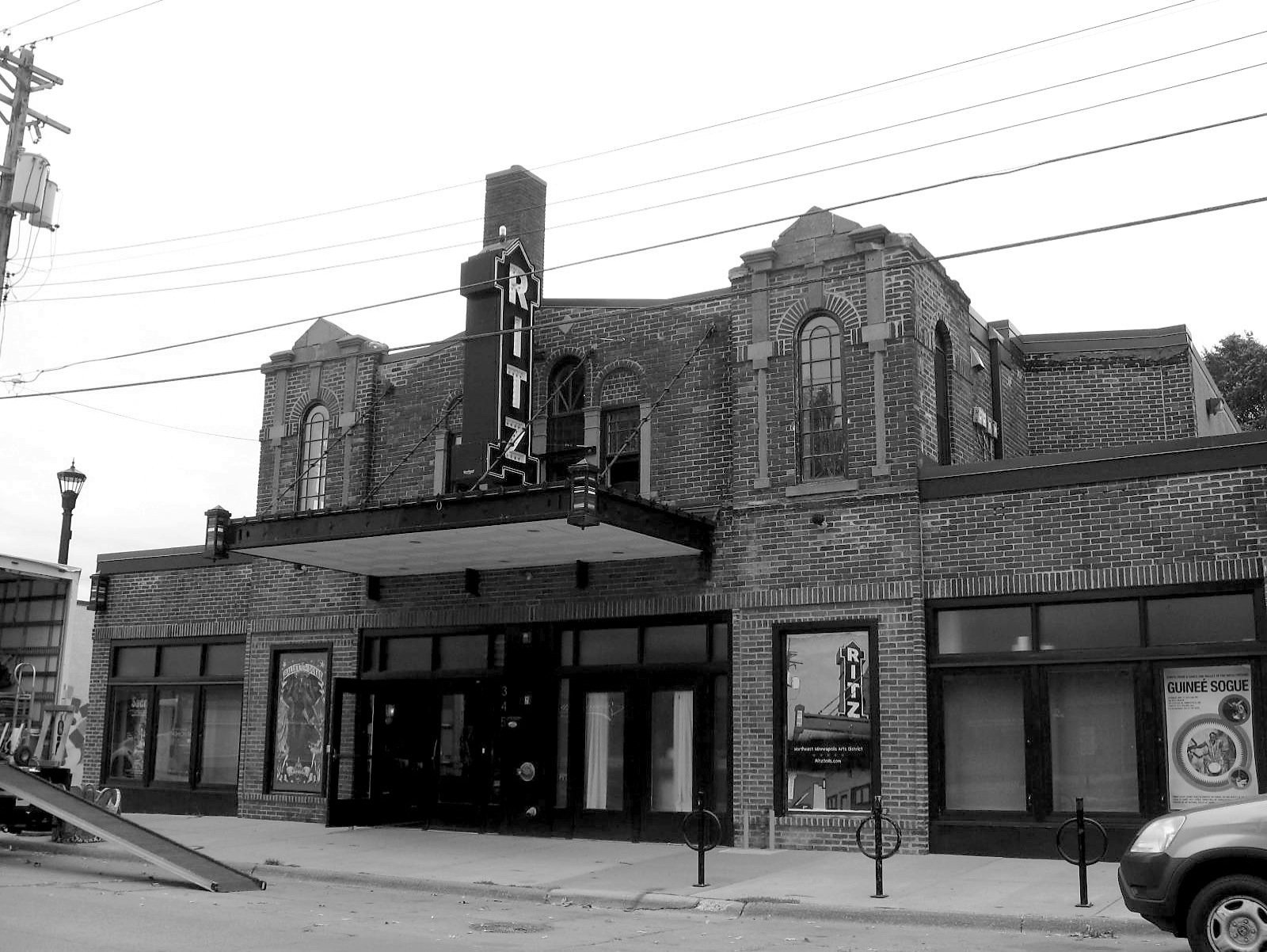 Although this summer the Ritz Theater, 345 13th Ave. NE, hit a “bump in the road,”—as one board member put it—it is now struggling to its feet with a new business model, new tenants, and a temporary reprieve from the bank.

The problems started several years ago, according to Rainville, when “the economy tanked,” and other local theaters such as the new Cowles Theater in downtown Minneapolis offered stiff competition. The Ritz Theater has been laden with debt since its inception, and losing bookings made things worse. The crisis culminated this summer, when Ballet of the Dolls’ creative director had health problems.

“We had to cancel the last two shows of last season and put the theater dark in July and August,” Rainville said.

According to the Ritz Theater’s website, the last show, “Fashion Ball: A Fashion History,” played March 21-22. Two later scheduled shows, “The House of Good Repute” and “Nina and Klaus” were cancelled.

The 1920s-era Ritz Theater sat vacant in the Sheridan neighborhood for years, until a neighborhood-led effort got it reopened in 2006, after substantial redesign and a $1.2 million renovation. A dance company called Ballet of the Dolls was to be the theater’s main tenant and manager. The Ritz Theater Foundation owned the building. The two groups had their own boards, and the three top officers of the theater foundation board also served on the Ballet of the Dolls board.

“It was set up that way so both boards had an element of control,” Rainville said. “The Ballet of the Dolls wouldn’t get squeezed out, and the Ritz Theater wouldn’t be lost to the neighborhood.”

Now, however, the Ballet of the Dolls is on “temporary hiatus,” and the theater still has sizable debt. It owes Northeast Bank and the Minnesota Nonprofit Assistance Fund $400,000, and the City of Minneapolis and the Sheridan Neighborhood Organization $100,000. The Ballet of the Dolls owes its vendors $53,000.

“We had been paying the debt down before this,” Rainville said. (In 2010, former Ritz Theater managing director Mike Romens told the Northeaster that the theater’s debt was $725,671. The initial fundraising effort, he added, had fallen $750,000 short of its goal.) “When the Dolls collapsed as an artistic entity, we went to the bank and said we needed time. We wanted to keep it open,” Rainville said.

Board members have actively been seeking new groups interested in performance and studio space, and have been re-working the Ritz’s business model. Rainville said, “When the word got out that there was new management, we started getting bookings. We’re now 65 percent full for next year on the weekends.”

The Dolls have moved out of the Ritz’s offices, and another local theater group, Theater Latte Da, will soon move in (its website already lists the Ritz address). Latte Da has scheduled future performances at the Ritz, as has The Frank Theater, and Rainville said other performance companies are showing interest. A company from Washington, Lily Verlaine Presents LLC, will present a holiday dance show, “Visions of Sugar Plums,” in December. “Her holiday show sells out every year in Seattle,” Rainville said. “She auditioned local dancers for the one she’ll be presenting here.”

Recently, the Ritz board met with Cowles theater managers and ArtSpace staff for advice. “Our model of relying on one dance company did not work,” Rainville said. (ArtSpace, a national development company with a Minneapolis office, specializes in artists’ spaces.)

And what of the building itself? Although the Ritz’s theater venue has had its struggles, the building itself has been well-treated, thanks to the kindness of strangers. In 2012, for instance, the Target Foundation put $100,000 worth of renovations into it. “They choose one non-profit a year to help,” Rainville said. “There were more than 100 workers here.” Artspace also helped with maintaining the HVAC system, he added.

Ritz board member Greg Handberg, who works for ArtSpace, said he is an independent board member, who is not serving as an ArtSpace representative.

“I joined the Ritz board and Ballet of the Dolls board about a year ago. I have experience working with arts groups and facilities,” Handberg said. “At the time, folks were struggling. It has always been that the Ritz Theater entity owned the theater and the Ballet of the Dolls used the theater. Those lines got muddy. In my estimation, the theater was underutilized. The calendar had openings. The question is, how do we get the theater in a more sustainable place? Meanwhile, The Dolls are trying to figure out their future.

“A sustainable future for the Ritz Theater includes much broader use by non-profit organizations, a business calendar and a wider range of rentals,” Handberg added. “In the future, there will be Ritz Theater staff handling the business. We’re just getting to that point. The Ritz Theater Foundation has stepped up their activity. It’s a very active board right now. In 2015, we have theater companies renting the theater for longer periods of time, not just by the weekend.”

Two wedding parties have booked the Ritz in October and the studios, as of September, are back in active use. The theater has always rented out studio space, in addition to the theater, he said, but in July and August the board suspended the studio rentals. “We just did not have the staff to ensure that the building was secure,” Handberg said. “That has been figured out now. Money is coming in. The Ritz is a hugely valuable resource. It’s a rare high-ceilinged, non-columned venue.”

Rainville added, “We see opportunities for a lot of parties, company receptions and films. We want to bring back the idea of dinner and a show on 13th Avenue. It’s so much more affordable than anywhere else.”