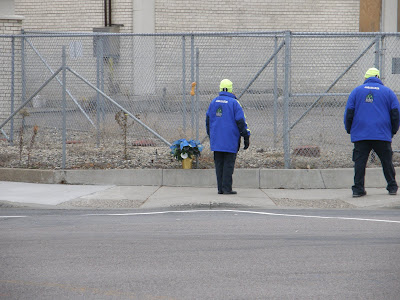 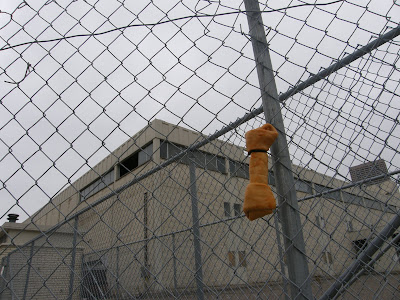 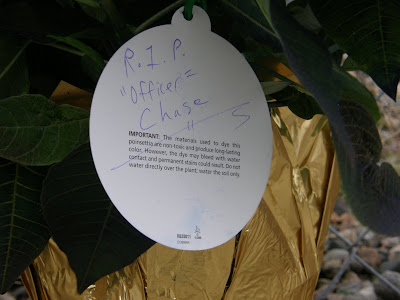 The place where “Officer” Chase died reminds me of the old cop show Hill Street Blues and its opening intro. A call goes out from the dispatcher about a robbery taking place at the “surplus store, corner (of) People’s Drive.” And — slipping and sliding in wintery slush — police cars rush to answer the call. Without a moment’s hesitation, they are risking their lives, and for what? The money and goods at some crappy surplus store, on the corner of some crappy street.

These are the places where good police officers die; not in marbled hallways protecting high-ranking public officials, not at important state dinners between the salad and the entree…no, police die in the hidden, unnoticed dark holes of our society, in thefts and disputes involving next-to-nothing. So it was “Officer” Chase went down, in pursuit of three (likely) crackhead nobodies, trying to steal copper from an empty, unused auto dealership…allegedly. It was another police canine that tracked down the no-accounts, hiding inside the ductwork of the building…like filthy rats.

A friend and I bought flowers and a doggy bone for “Officer” Chase today; blue poinsettias because blue is the color of police. The flowers are dyed, of course — they start out as white poinsettias and then somebody adds dye and, actually, some glitter — but the flowers still look pretty cool and, to reiterate, they are BLUE. We also obtained a doggy bone. Cub Foods didn’t have a bone that was thug-flavored, but we found a nice lamb-flavored bone. And it was bronze-colored, a color associated closely with valor and service.

We halfway expected to arrive at the empty building and find a bunch of flowers already there. But, as it turned out, we were the first. We couldn’t figure out where, precisely, “Officer” Chase went down so we picked a visible, busy corner with a nice ledge at the intersection of 1st Ave. N. and 2nd Street N.

Some Downtown Ambassadors came by, and seemed to like the flowers so, it appears, leaving flowers and doggy bones and stuff is, you know, COOL with the authorities. If I had my way, there would be a STATUE there. I’m just saying.

While we were nearby, we noticed some graffiti on a utility box. Asking ourselves, “What would ‘Officer’ Chase do?” we… 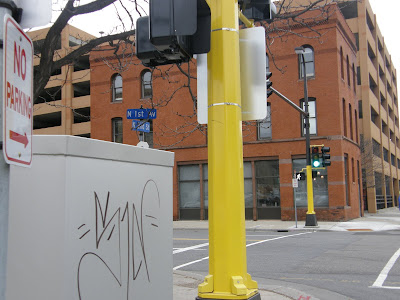