My bur oak branch has been lopped off. 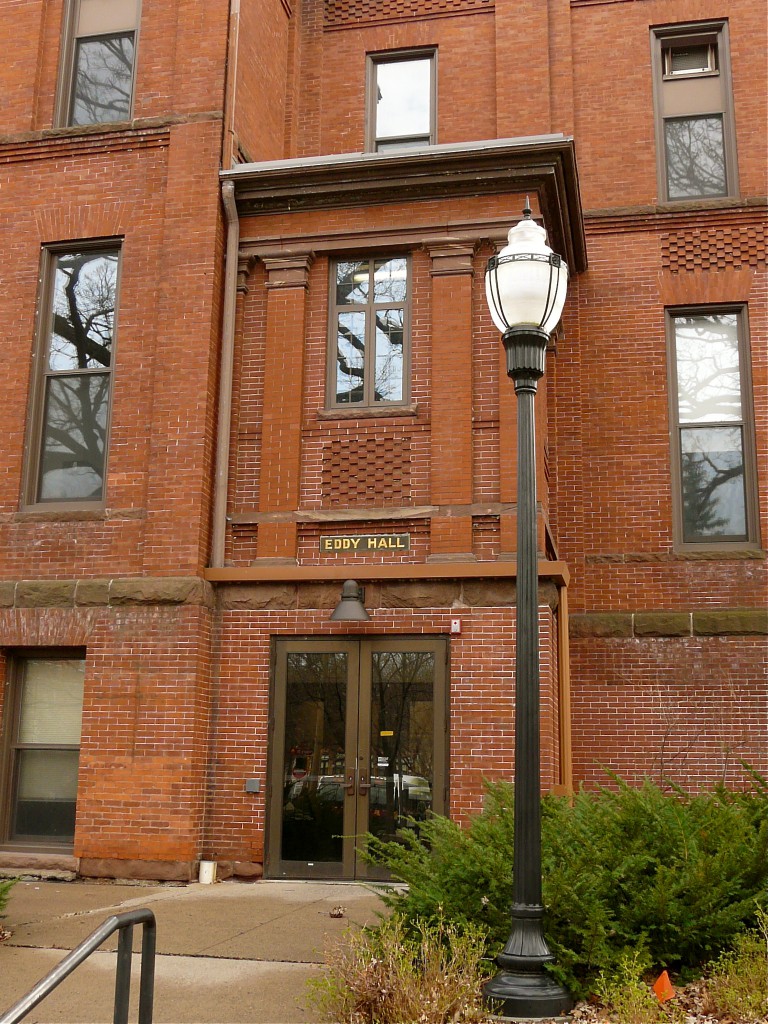 My bur oak branch is no longer

Here’s the same shot in February 2011, which is when I started tracking the seasons by following this low-hanging branch on the University of Minnesota campus: 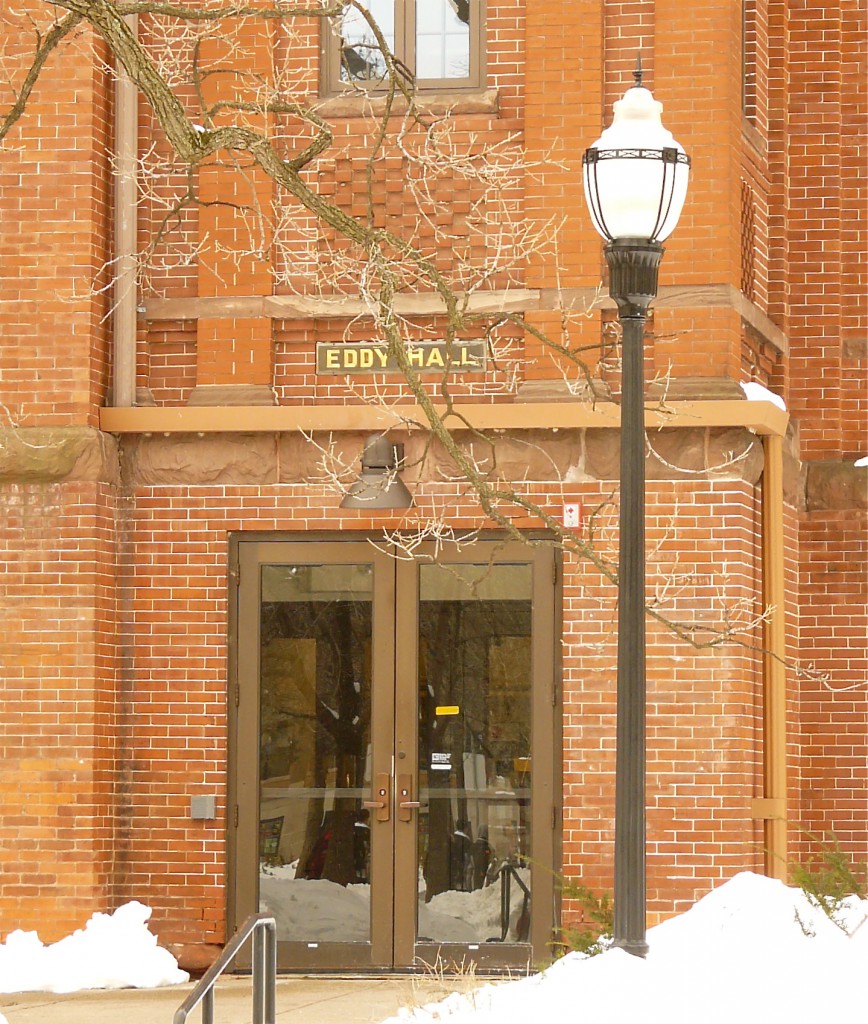 I had just signed off on the branch after following it for a year. I no longer ‘needed’ the branch, but still, my mouth dropped when I walked past Eddy Hall recently and saw air in a place formerly occupied by branch. I probably looked stupefied, but the cool thing about looking strange on a college campus, nobody really notices.

The timing seemed too coincidental: I finish up with the branch; the university cuts it off. I wrote to Jan Morlock, director of community relations, and asked her: did you protect my branch while I was writing about it?

She wrote back: you give me too much credit! Perhaps to show her solidarity with oak trees, she sent along a link to an article encouraging people to plant native trees because the natives are much better than imported ornamentals at nurturing other species. Biodiversity. I’m all in favor.

I called Thomas Ritzer, campus landscape architect, to ask: Hey, why did you cut down the branch?

Just to spite you, he joked. No, no, he assured me, not really. Mr. Ritzer said he knew a lot about the university’s arborly goings-on, but not everything, so he couldn’t precisely answer the question.

I had worried from the start that my branch’s proximity to the sidewalk might make it a target for pruners who can get overzealous with their knives. They’re a little like hairdressers. Give them a pair of scissors and they don’t know when to quit.

If you’re squeamish about the graphic shots to follow, it’s best to switch to a more pleasant blog post on, say, how to make a chocolate cake. But if you need to see the scene of the ‘crime,’ here you go: 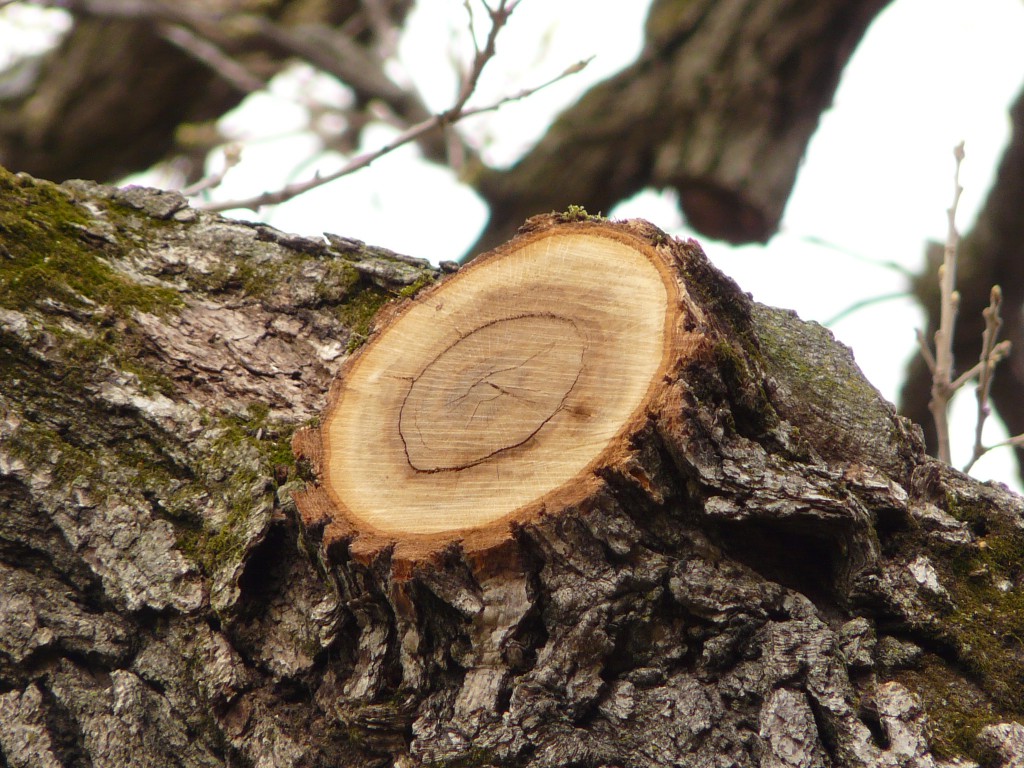 And a longer view: 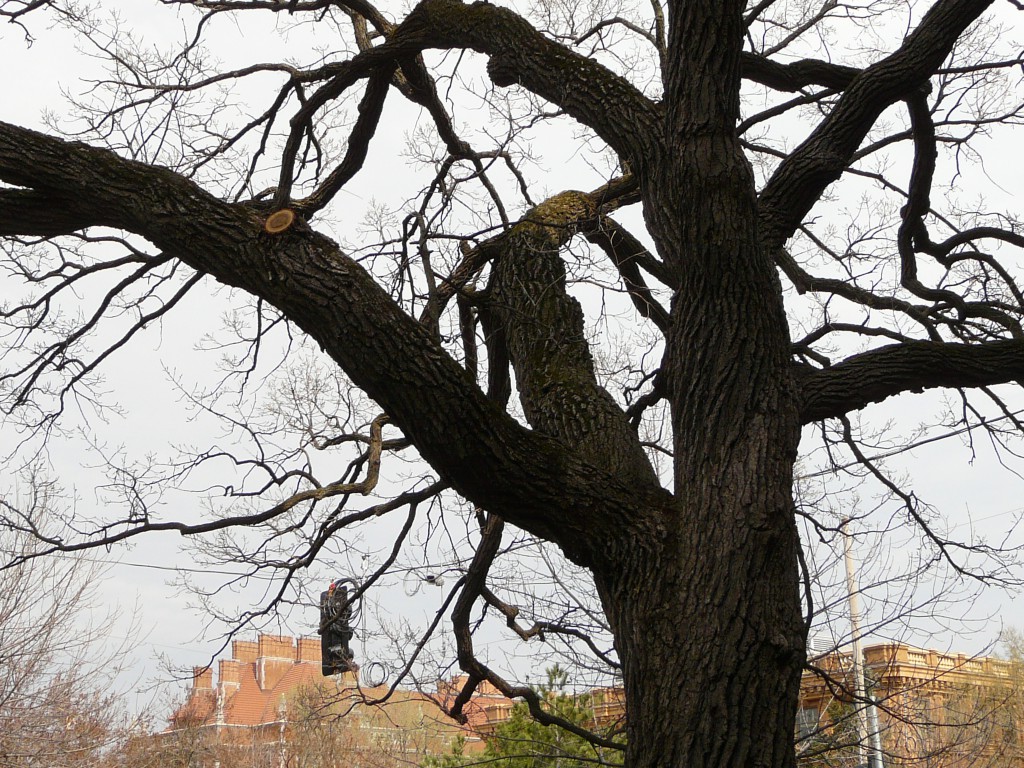 It was clear the tree trimmers were on a general pruning mission. Many oaks in the area had fresh cuts, and even my tree had two cuts. 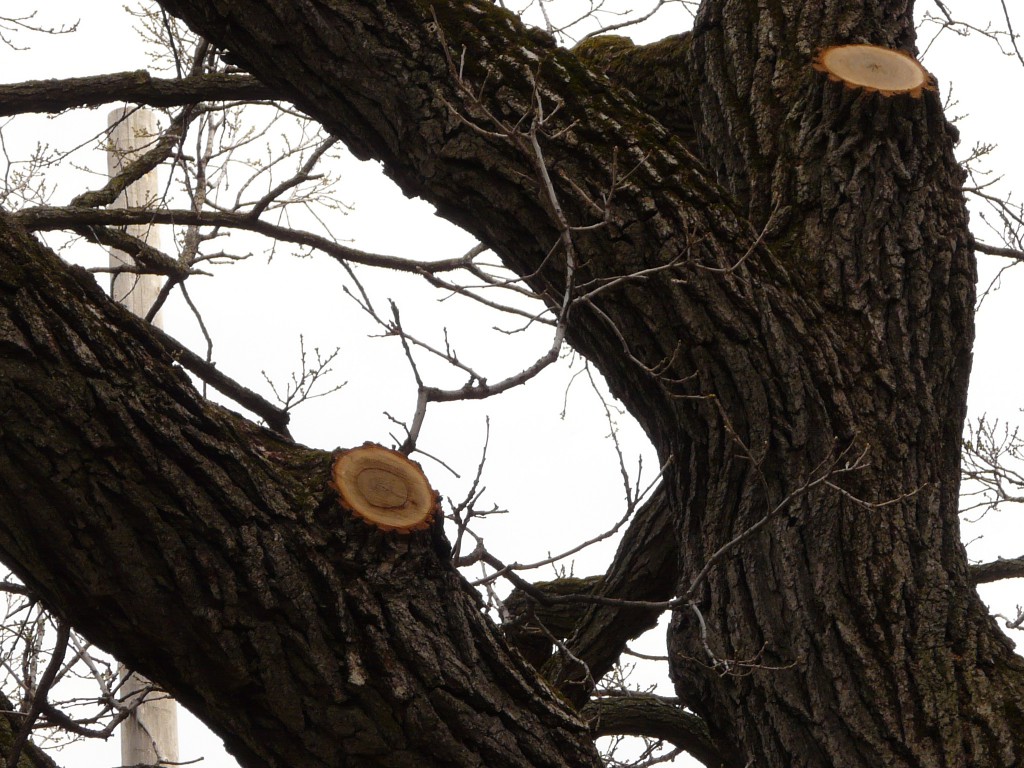 I’d like to say that my branch has gone to the big bur oak cemetery in the sky, but it probably went into a shredder on campus. It’s probably mulch now and nurturing a new batch of oak trees, not the worst fate by any means.

I can’t argue that the loss of the branch has damaged the scenery in front of Eddy Hall, which still has plenty of red bricks and scratchy branches. 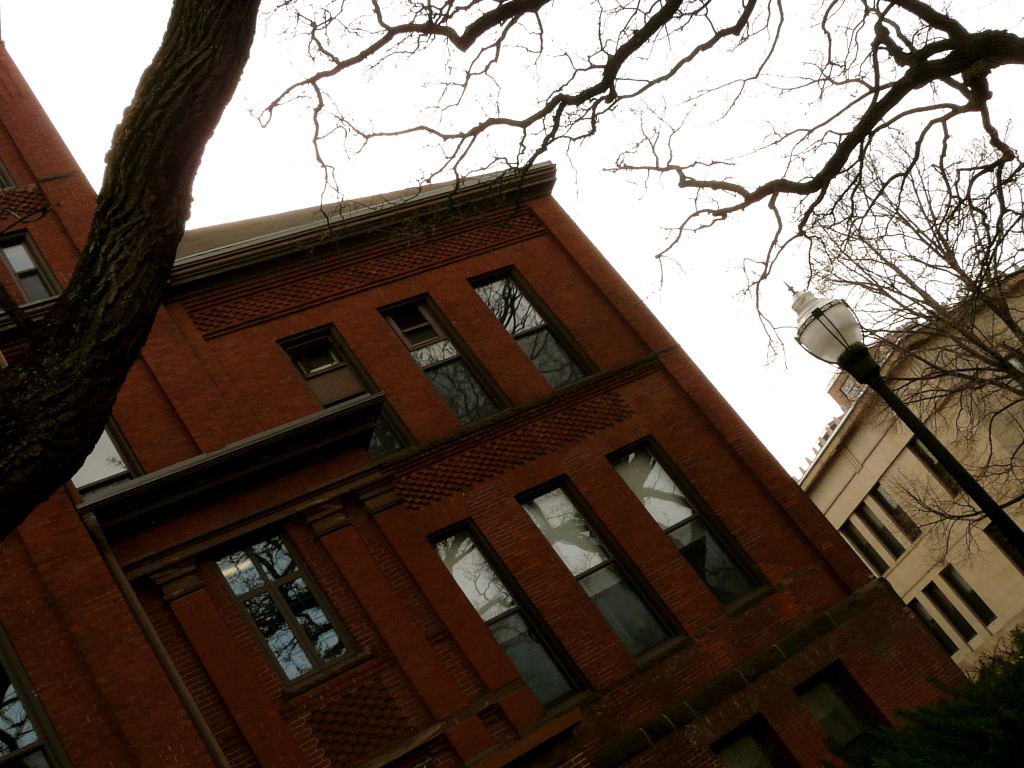