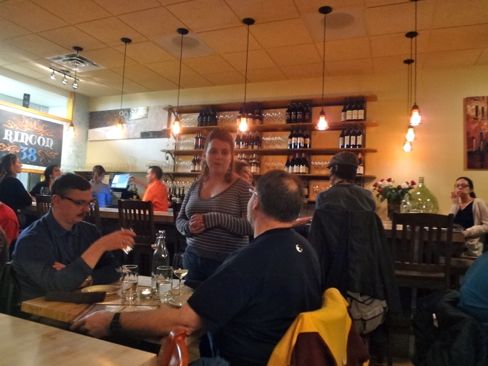 Just when I was starting to worry that my palate had become permanently jaded, along comes Rincón 38. Hector Ruiz and Erin Ungerman’s new tapas bar at 38th and Grand in Minneapolis is one of the most exciting new restaurants I have visited in a long time.

There’s a useful distinction to be made here between exciting and memorable. I’ve had a few memorable dining experiences over the past year or so at places like the Bachelor Farmer, Saffron, and Borough. But those are all places where the entrees are $20 or more, which, for us, places them in the category of special occasion restaurants.

What’s exciting about Rincón 38 is that the cuisine is really outstanding, and at prices that put it—at least for us—in the “too tired to cook” category: places we might go on a weeknight just because we feel like getting out of the house.

But it isn’t just, or even mainly, about the prices. I seem to have gotten bored with the entrée as a food category, chomping my way through bite after bite of a big chunk of meat or seafood with accompanying starch and vegetable. Tapas are the perfect cure for this kind of gastronomic ennui: appetizer plates that pack a lot of variety into a small portion. And at Rincón 38, it isn’t just the variation between different tapas that keeps things interesting; it’s the complexity of flavor and texture that goes into each dish. 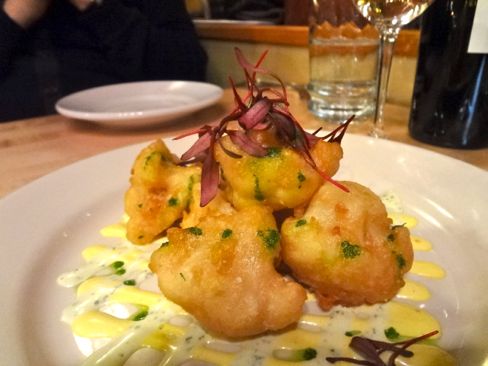 A couple of the menu descriptions should suffice to give you the idea: the saffron-poached cauliflower with tossed with parsley and pimenton served with citrus aioli ($5) and the cardamom-crusted scallop served over trio squash risotto, piquillo sauce, fennel slaw, topped with micro greens ($10). 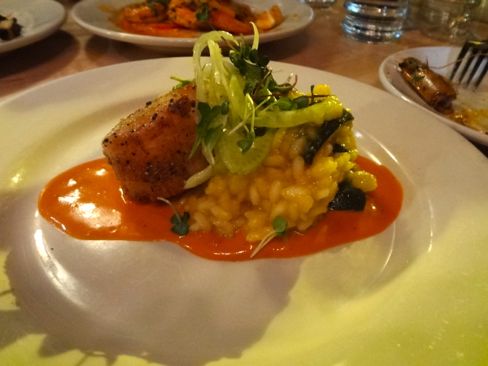 Most of the dishes are under $10, and generous enough that we found that ordering two tapas apiece was ample. They were also large enough to share, which meant that on our first visit, with a couple of friends, we each had the opportunity to sample eight different dishes. On a return visit, we tried several more dishes, plus a dessert. 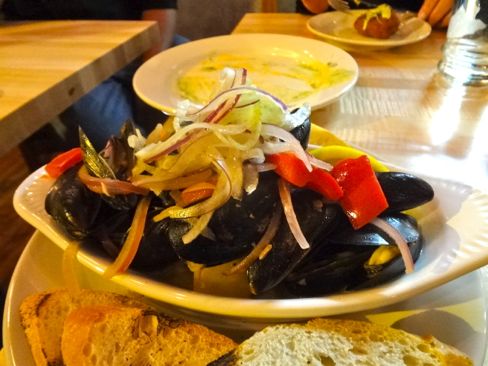 There wasn’t a boring dish in the bunch (okay, the polenta crusted calamari was less exciting than the other plates)—all were beautifully presented, with flavors and textures that varied dramatically from dish to dish. Dishes that stand out as favorites include the tender steamed mussels in a seafood broth with shaved fennel ($9), the cardamom-crusted scallop over squash risotto, and the tuna-stuffed piquillo peppers with red onion, parsley, capers, piparra peppers, citron oil, and sea salt ($9). 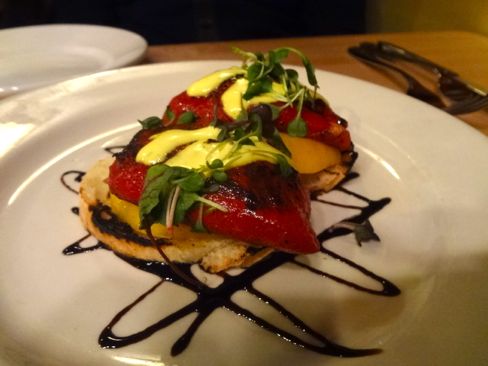 This may not be an impartial opinion: I have been a fan of Ruiz’s cuisine since he opened El Meson more than 10 years ago, and on our first visit, Hector and Erin spotted me and Carol soon after we entered. Hector joined us at our table, and offered us some of his superb oak-aged tequila, distilled on his grandfather’s farm in Morelos (not for sale at the restaurant). 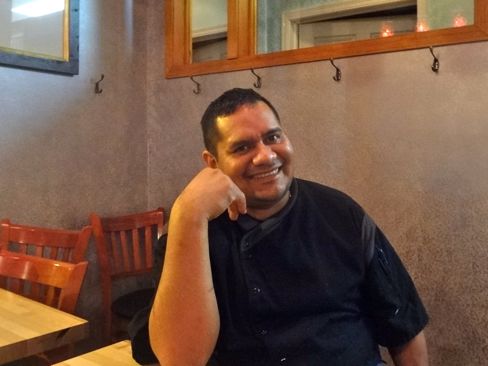 I had heard some of the details before, but I was reminded of how remarkable Hector’s life story is. He was born in the U.S. but raised in Mexico, and returned to the U.S. by himself at the age of 13. At 17, he was sent to Minnesota to help open Tucci Bennuch at Mall of America, and soon wound up at the Cordon Bleu culinary program in Mendota Heights. This led to an apprenticeship with legendary French chef Alain Senderens at Lucas Carton, then a Michelin three-star restaurant in Paris (now called Senderens)—an opportunity and an honor that very few Americans receive. On his return, he worked at Prima, where he met Erin; together they opened El Meson (which closed last fall) and then Cafe Ena, their Latin fusion restaurant at 46th and Grand.