On November 21, the U.N. General Assembly’s Third Committee (The Committee) adopted a resolution on “The human right to safe drinking water and sanitation.” All U.N. member states agreed that the rights to water and sanitation are derived from the right to an adequate standard of living. As a result, these rights are now implicitly recognized as being part of International Covenant on Economic, Social and Cultural Rights (ICESCR), Convention on the Rights of the Child (CRC) and the Universal Declaration of Human Rights (UDHR).

This means that for the very first time, all U.N. member States affirm that the rights to water and sanitation are legally binding in international law. This is indeed a moment for all of us to celebrate.

Yet this agreement is marred by the reluctance of the United States to join all other nations in a universal agreement on the definition of these rights (as defined in a resolution of the UN Human Rights Council (UNHRC) adopted by consensus in September 2013).

Writing about this, an Amnesty International press release says: “At the time [of the unanimous adoption of the UNHRC resolution] the United States was the only country that disassociated itself from the definition of these rights and stated that it did not agree ‘with the expansive way this right has been articulated.’ However, it has not explained what aspects of this definition it does not accept.” The press release continues: “Such rights are only ‘expansive’ if one adopts a 19th century understanding of hygiene and of government duties to ensure the provision of public services.”

At the behest of the United States, the main sponsors of the draft resolution—Germany and Spain—tried to reach a consensus by removing the following paragraph, which contained a critical affirmation of the contents of these rights, from the resolution that was unanimously passed at the General Assembly this November.

…the human right to safe drinking water and sanitation entitles everyone, without discrimination, to have access to sufficient, safe, acceptable, physically accessible and affordable water for personal and domestic use and to have physical and affordable access to sanitation, in all spheres of life, that is safe, hygienic, secure, and acceptable and that provides privacy and ensures dignity. 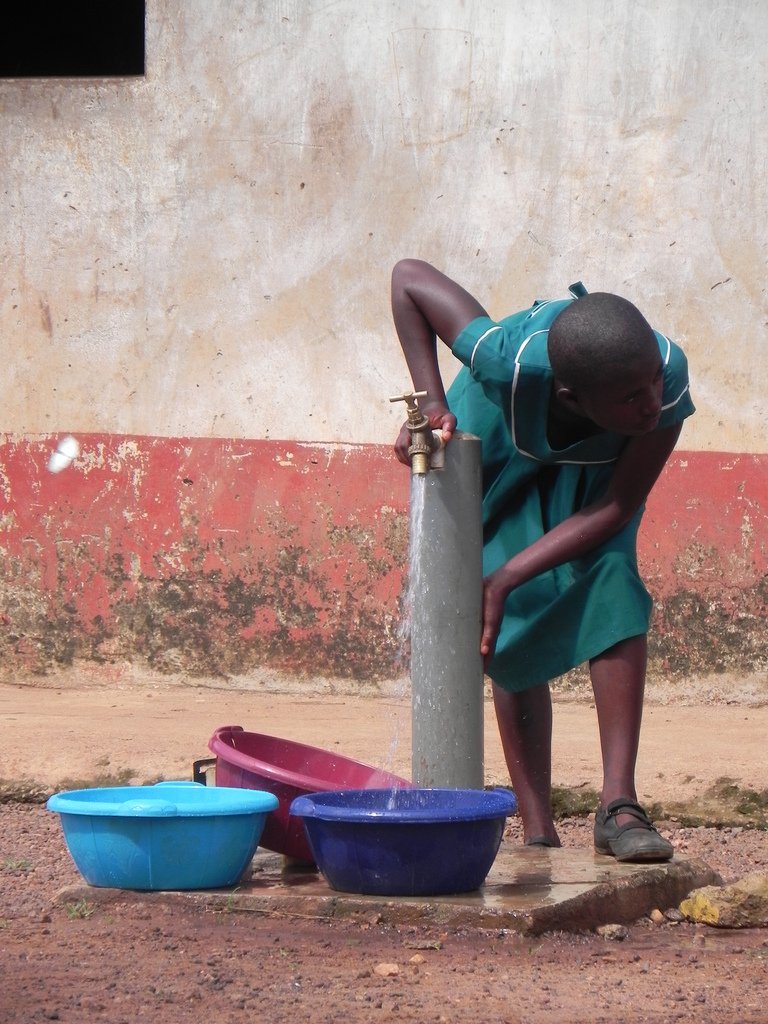 Given that this was the only reference in the draft resolution to the content of the rights to water and sanitation, the final resolution adopted is stripped of essential elements related to these rights. Amnesty International is right that it is “incumbent upon the U.S. government to explain which of these aspects of the rights it cannot accept and why.” The removal of that text from the resolution would seem to indicate that some aspects of our rights to water and sanitation are not guaranteed by the Federal government. Which ones?

Quite apart from the domestic implications, such a position by the U.S. government also works against the interests of the billions of people who lack adequate access to water and sanitation.

The debate isn’t over yet. Even though the references to the content of the rights to water and were removed from the November resolution, UNGA’s Third Committee endorsed the UNHRC resolution of September 2013, which elaborates the underlying essential elements of these rights. Thus, reintroducing the content of these rights in future texts on rights to water and sanitation should be quite straightforward.

The issue will likely come up again at the U.N. General Assembly (GA) next year. For the supporters of the draft resolution this offers an opportunity to reintroduce the removed language. For the United States, it will provide a chance to stand on the right side of history, rather than holding back progress.

If and when a U.N. GA resolution is adopted with these amendments, it will indeed be a big step forward in advancing rights-based approaches to development. Yet, we need to be mindful that this will only be a baby step toward ensuring adequate access to water and sanitation for world’s poor. It will require sustained work at multiple levels and spaces, including rethinking our water-intensive development trajectory, to make it a reality for all.