Tensions at Minneapolis City Hall have been brewing over the city’s Department of Civil Rights and have spilled into an over boil at a recent City Council board meeting.

During the weekly council meeting on May 7, Council President Barb Johnson erupted in frustration with the length of time it is taking to produce a report on how to create equity within the city. Though Johnson said her anger stemmed from a meeting in her ward (Ward 4) earlier that day where there had been a shooting and drug arrest, tensions between the council and Civil Rights Director Velma Korbel have been high for quite some time. In late March the council approved Korbel’s reappointment, but the approval came with the stipulation that the city consider creation of a new labor-management committee in the department. Korbel was accused of promoting a hostile work environment within the department.

“I’ve had conversations with the council president and I think she understands that the underpinning issues affecting her ward relate to the issues of equality and equity in particular and I think she knows that,” said Korbel. “I don’t want people to think the exchange was aimed at the work we’re doing, but more so at the procedural – the day-to-day.”

But in a subsequent event hosted by the DFL African American Caucus, Korbel said she is frustrated that the city does not live up to its outside image.

“In 2012 the city of Minneapolis passed an ordinance saying it would be a leader in equity,” said Korbel. “But we have serious disparities across the board – in employment, education, you name it. Why is it that the city is claiming to be so progressive?” 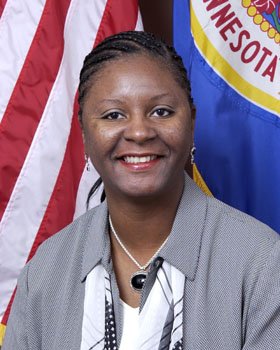 One of the council members who is also frustrated with Korbel and with the length of time it is taking to produce the forthcoming report is Ward 5 Councilman Blong Yang. Yang, a former employee of the civil rights department under Korbel, and who voted against retaining her in her post, said Johnson’s angry outburst was due to department bureaucracy.

“I think what she (Johnson) was saying is we’ve got to take care of basic issues,” said Yang. “My best sense is that everyone on the council is committed to creating a racial tool kit that works. All of us recognize we have issues of racial disparity and we want to address them. The big question is how do we address them. Crime and safety are things we have to address as well as the issue of disparities of African-Americans and whites in home ownership, health, employment and education.”

Korbel may not agree that Yang is interested in the issue of equity for African-Americans.

“We have a city councilman representing north Minneapolis and I don’t think he knows he’s supposed to represent the community,” said Korbel during the DFL African-American Caucus public meeting. 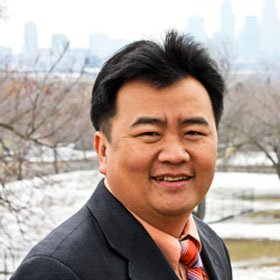 For Yang’s part, he said the time for talk is over.

“There’s too much in the way of paperwork and studies (regarding equity) and not enough action,” said Yang.

The 5th Ward councilman finds assertions that he devalues equity as absurd. On his Facebook page he wrote, “As this racial equity dialogue continues, I find folks questioning my commitment to racial equity. Seriously? I represent a Ward that has over 70 % (sic) people of color. It should be obvious where I stand.

“I am impatient that this process has taken so long. I am pushing for greatness. I want whatever we create to be useful and applied throughout the City enterprise. Anything short of that will be a big waste of time.”