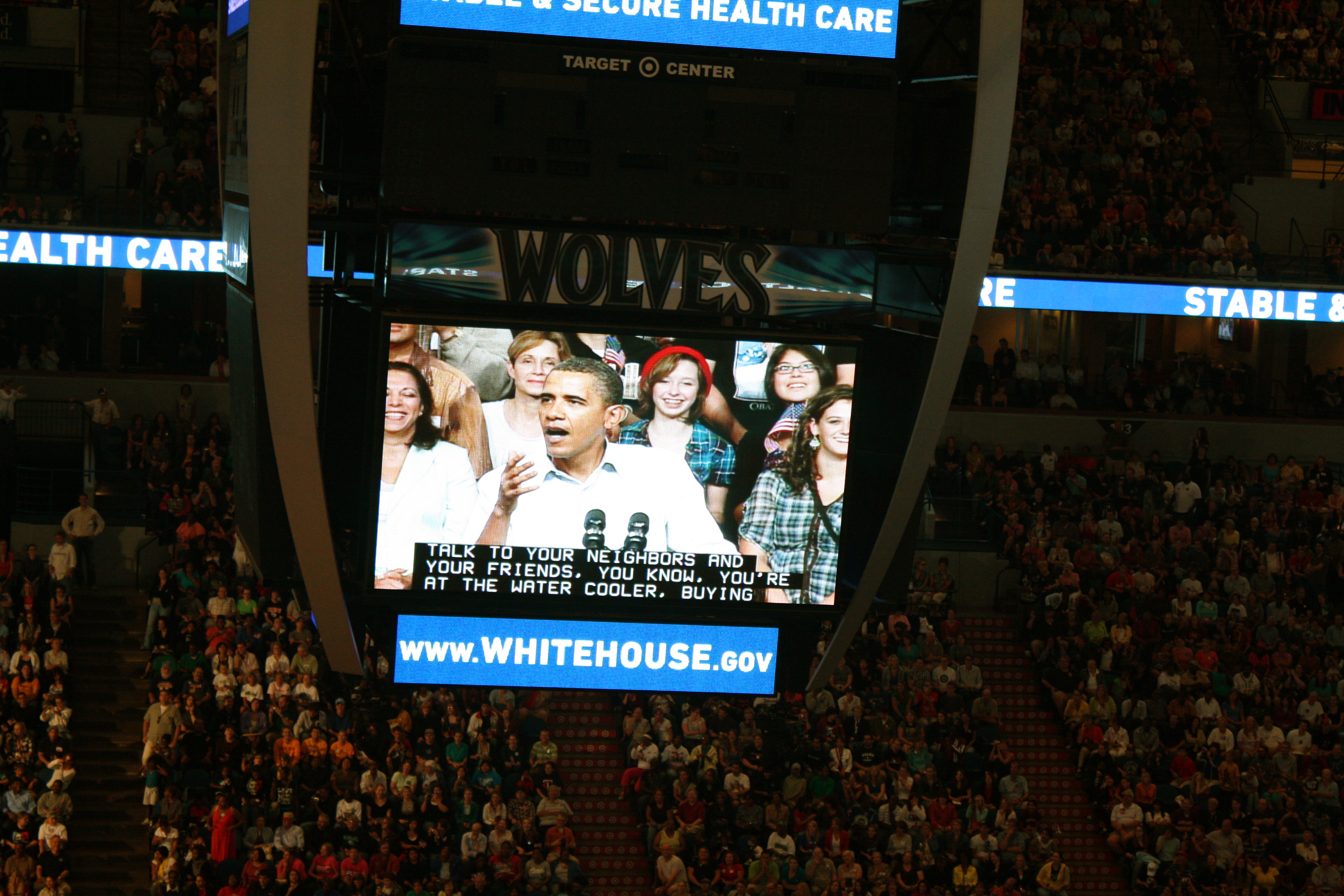 by Pam Colby | September 12, 2009 • I rode my bike to the farmer’s market this morning, loaded up both bike bags with produce, listened to a great singer named Kari Tauring who is from Denmark and performs music of the Viking Age. Chilling to hear. Her literature says, “an era when life was all about battles, pillaging and drinking.” “dramatic, progressive, propulsive, dark, and tribal.” She will be at the Cedar Cultural Center on Thursday, October 8 at 7:30. I’m going to go.

Great produce at the midtown market this week! I than returned my groceries home and biked down Park Ave. to the Target Center. I came across very few protesters, I thought there might be more. The signs were mixed, both for and against Health Care Reform. A group of college age, good looking, all white protesters unnerved me the most. All of their individual signs referenced the reform as ‘communist’. Are we going to dredge that old word up again? Definitions please! Once again, ‘communist’ being used as a scare tactic without any responsibility to define the word. On a clear day you know it is Clear Channel.

Anyway, I sailed on into Target Center, I pledged my alligance to the United States of America and sang the National Anthem. It was all uphill after that! Go single payer!!