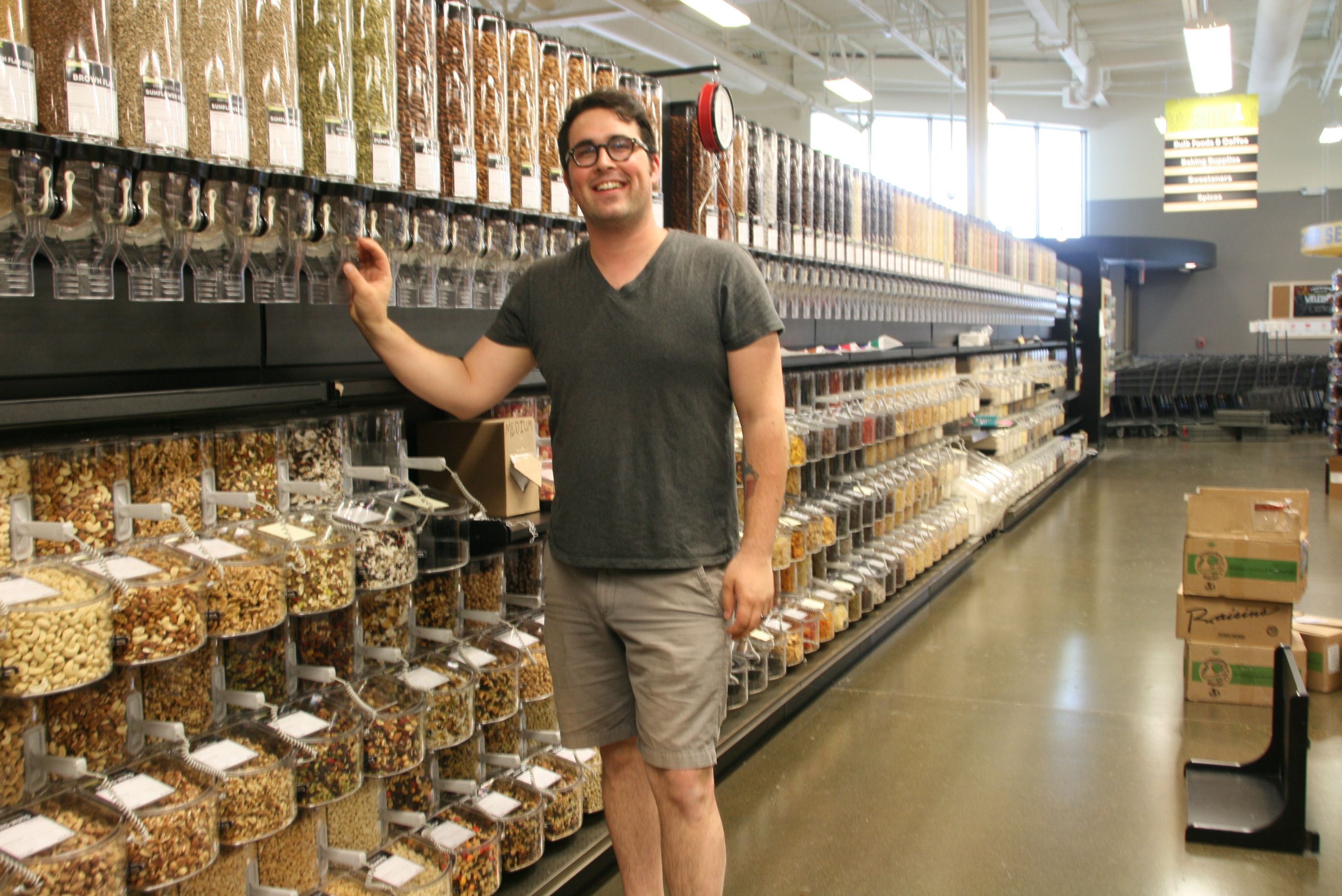 “We have a lot of choices,” Kvanbeck said, “mostly organic. There are flours, nuts, candies, granola and honey.”

Only a few decades ago, the co-op grocery scene in the Twin Cities sought to serve only a very small group of people with a particular and sometimes radical food ideology. But, changing economics and a new and growing interest in healthy food slowly spread to the mainstream.

Last year, with successful stores in Chanhassen and Minnetonka, Lakewinds decided to open a third store in Richfield after learning the city had a high demand but little access to organic, healthy food.

The new 22,000-square-foot store will focus on seasonal and local foods whenever possible, said Lakewinds senior marketing manager Amy Campbell. “We hope to be 97 percent organic so people don’t have to read labels,” she said. “We get a lot of our produce from community supported agriculture like Big River Farms, which teaches immigrant farmers to grow organic vegetables like radishes kale, mustard and chard.”

The city is in the middle of an upgrade, adding new shops, restaurants and high-density living areas. The new grocery store sits where Lyndale Garden Center once stood. The Cornerstone Group, a local development company specializing in green communities owned nine acres and sold two to Lakewinds to build the co-op, part of an ambitious plan for Cornerstone that includes 160 green condos, just a short stroll from Lakewinds.

Anyone can shop at Lakewinds Co-op, Campbell said, but owners/members get special deals and discounts. “We’re owned by the members, people who believe in supporting good food where all the money stays in the community,” she said.

Richfield Lakewinds employs 80 people fulltime who receive a wage at or above $10 an hour with benefits, she said, and they’re involved for more than just the job.

“People came to us for jobs here because they support the co-op lifestyle,” she said.

Campbell has been a member at Lakewinds for five years, she said, so starting as their marketing manager last year was a natural fit and she loves doing it.

The store has a vegan section, a seafood and fish section traditional meat market featuring 15 kinds of the store’s recipe sausage (African, German, Provincial) made with locally raised chicken, pork, turkey and grass fed beef and a large grocery section. There’s also a full-service cheese counter, where Karen, who calls herself ‘the chief head cheese,’ is in charge. It’s a place where everyone puts their heart and soul into their vocations, she said, and everyone works as a team.

In the extensive deli section you can choose sushi made to order or a hot bar with a daily selection of five soups and six hot food options, all made in the store’s kitchens. Everything is made from scratch, said Campbell. “We even make our own chicken stock.”

There’s also a coffee shop run by Peace Coffee and a smoothie bar.

You can take your deli choices to a sunny side room, decorated with colorful murals by Adam Turman that depict Richfield’s farm and garden history. Or, if it’s warm and sunny, hang out on the shaded patio.

The store is located at 6420 Lyndale Ave. in Richfield. You can support the co-op with a $90 membership or just drop by. There’s plenty of parking and bike racks.

One of two Adam Turman murals decorating the co-op.