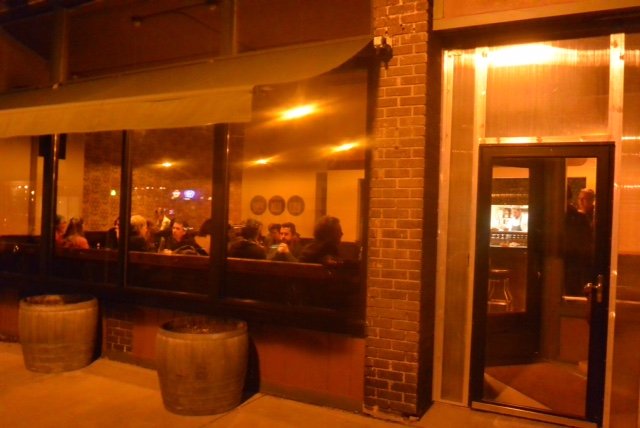 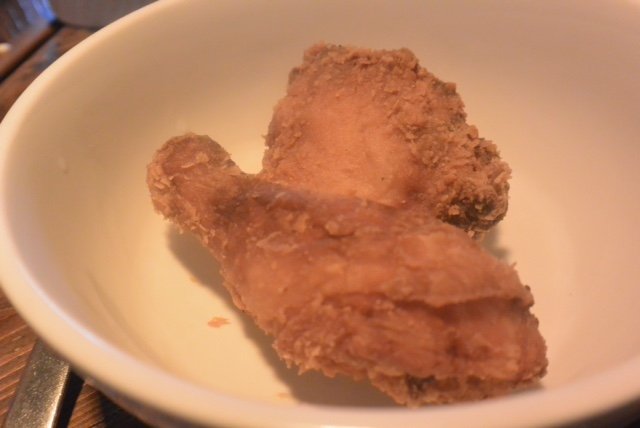 Revival is the brainchild of chef Thomas Boemer and owner Nick Rancone of Corner Table, which has relocated to more stylish quarters three blocks south at 4537 Nicollet. The pre-opening buzz usually referred to Revival as a fried chicken restaurant, and fried chicken is the featured attraction, but Revival is really much more than that. It’s an homage to Boemer’s Southern roots, reflected in dishes that range from crispy pigs ear salad with watercress, endive and honey carrot dressing ($8 )and shake and bake pork chops with butterbeans, greens and sorghum ($18) to johnnycakes with ham, cheddar, cowpeas and poached egg ($7), and low country chicken, clam and sausage bog ($16).

Except for Dixie’s on Grand in St. Paul, and a few rib joints or fried chicken and fried fish takeouts with limited menus, Southern cuisine has long been under-represented on the local restaurant scene, so Revival is a very welcome addition.

I had a sneak preview of the fried chicken last fall, when Corner Table served it at the Nicollet Ave. Open Streets fest, and it still ranks with the best fried chicken I have ever tasted. (And I grew up in Arkansas and Louisiana.) Very crispy on the outside – but not too heavily breaded – and moist and juicy on the inside. Tennessee hot and gluten-free versions are also available. It’s priced at $6 for two pieces, $14 for half a chicken, and $24 for a whole bird, with sides a la carte. The sides are straightforward renditions of Southern classics, ranging from collard greens ($4) and hoppin john ($5) to butter beans ($4) and white cheddar grits ($5). 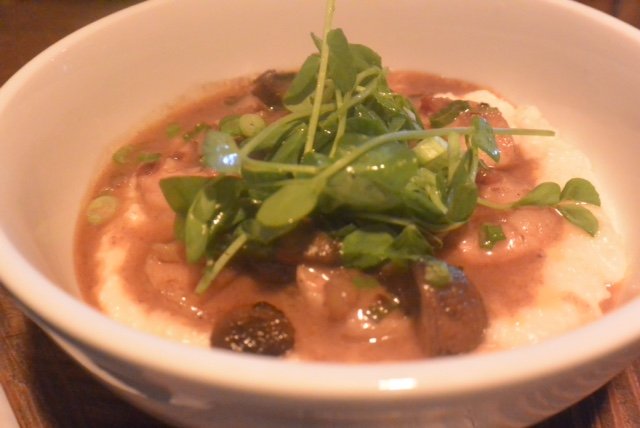 So far, I have enjoyed nearly everything I have tasted – except for the coleslaw, which was a bit too tart for my tastes. The shrimp in the shrimp and grits entree 17 had an intensity of flavor that brought back childhood memories. I had never heard of chicken bog before, but it turns out that it’s a traditional dish in parts of South Carolina, and gastronomically a distant cousin of Spanish paella. The fried green tomatoes held their breading well, and were nicely complemented by a lively pickle sauce. And there is a lot more on the menu that I would like to try, like the pickled shrimp and pigs feet on toast ($8), and the the shake and bake pork chops.

What beverage goes best with Southern cuisine? There are only three beers on tap (none from the South), but the list of cans and bottles includes some interesting selections, such as Czechvar (the name under which the original Czech Budweiser is sold in the US), and Founder’s All Day IPA, a first-rate session beer. The list of reds and whites by the glass or bottle is suprisingly limited, but they make up for it with an impressive and eclectic list of sparkling wines, both  the glass and bottle. Which, on reflection, seems like an excellent pairing for fried chicken. The soft drink list includes Mexican Coke, grape Fanta, and root beer, but, inexplicably, not Dr. Pepper.