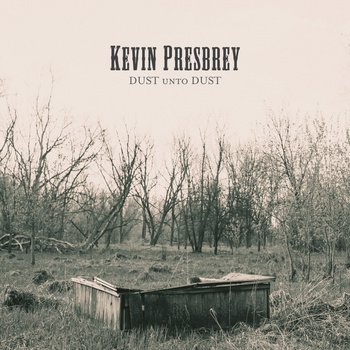 When Kevin Presbrey and Danny Pratt played the Whiskey Junction, Friday, February 28, the whole thing felt very familiar. They brought Americana that bled household-name influences from folk to country to Top 40. And Whiskey Junction, with its long, worn bar and wall decorated with Budweiser-brand guitars, existed with all the same faces as Trails End and Larry’s Good Time Inn and all the other bars from my rural Wisconsin hometown as it gives refuge from all the wind, cold, and misery outside. It certainly took me back to where I grew up, like we could’ve been back home, we four or five dozen crowded between the tables, talking while on stage Kevin Presbrey and Danny Pratt hammered out songs about the trials of life and love.

With Presbrey handling guitar and vocals, while Pratt hit percussion and keys, they introduced themselves over the crack of pool balls to the bar rabble sitting at tables and huddled in circles. There were a lot of folks younger than me and a lot of folks older than me and Presbrey and Pratt caught a warm if scattered wave of claps and whoops.

Presbrey and Pratt mostly played songs from their summer 2013 EP Dust Unto Dust. In one of their standout tracks, “Something in the Water,” Presbrey sang with a baritone warble about the remarkable women of St. Louis and the Twin Cities he finds on the road, “There must be something in the water here they ain’t got where I come from.”

In the bridge, with restricted vocal cords, Presbrey’s voice strained into something I’ve heard from Rob Thomas of Matchbox Twenty and sang, “Wish I could take you home with me/wouldn’t be the same as it was/I couldn’t make you wait for me/it wasn’t fair/to either one of us.”

“Something in the Water” is pretty standard weary roadman stuff, but is also familiar, like it’d been ringing in the Whiskey Junction for years, a kind of undercurrent to the clacks and clinks and conversations of folks scattered on down the bar day after day.

But in that familiarity Presbrey and Pratt don’t make the kind of impression I’m sure they hope. Midway through their set Presbrey switched to ukulele and they played “Going to California” by their “favorite band” Led Zeppelin. (Presbrey has a YouTube channel filled with ukulele tutorials.) They handled themselves well, but the rogue instrumentation felt more kitsch than memorable—ukulele’s been in style recently so why not use it?

Their songs fit in at the Whiskey Junction and a lot of places you’d hear live music, because you can almost recognize them without having heard a single one. That’s comforting, but not a singular event. That kind of thing demands greater risk.

Near the end of the set there was a lull and a lot of faces were turned toward the stage, waiting to see what happened next. Presbrey and Pratt paused, then broke into another song from Dust Unto Dust called “Tell Me What You Want to Hear.”