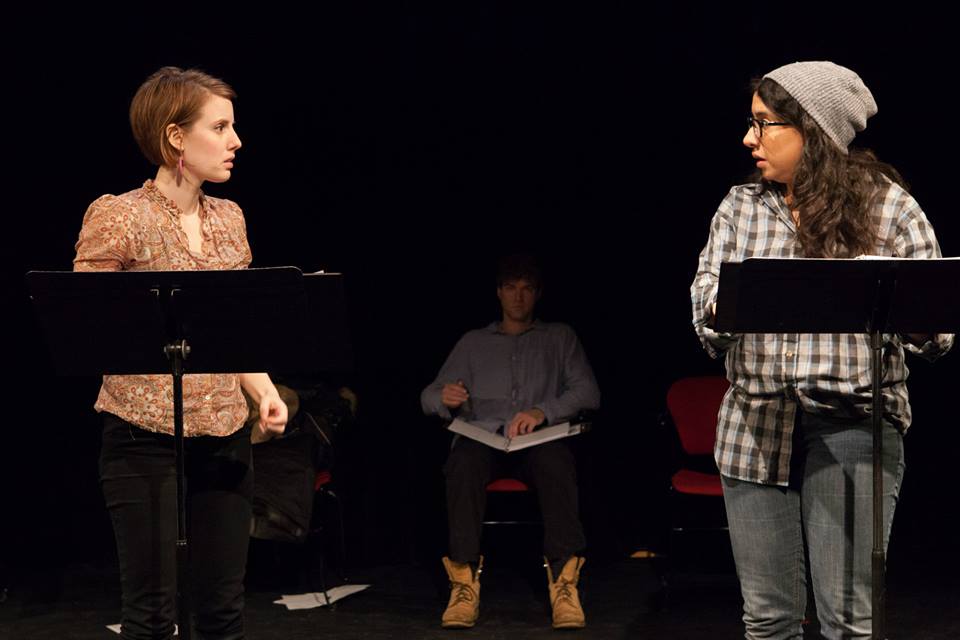 When I headed out to the Playwrights’ Center for a reading, I was bracing for a heady, academic night—expecting people to be sitting around a table with a script and highlighters in hand. I thought the audience would be simply observing the process and that the reading would be informal. Instead, I was swept into an incredible, fully realized, edge-of-seat, gasp-for-breath-not-knowing-what-to-expect-next experience. I later learned that it was just a typical night at this nationally renowned center for writers.

Jeremy Cohen, the producing artistic director of the Playwrights’ Center in Minneapolis, welcomed a full house to the third of five Ruth Easton New Play Series on February 3. He announced that there was a waitlist of over 140 people who had hoped to attend, even after the Center lined the theater space with extra rows of seating.

Cohen also introduced special guests from the audience. One of the producers from the Kansas City Repertory Theatre had flown in to scout the piece–on the hunt to stage more women playwrights. Another guest of honor was the playwright herself, Jenny Connell Davis, who identifies as a playwright, performer, and teacher. She trained as an actor at Court and Steppenwolf theaters in Chicago, and in playwriting at University of Texas, Austin. She currently resides in Baltimore, Maryland. Connell Davis is one of 26 Core Writers who has a three-year term as part of the Ruth Easton Lab.

The Center describes the Lab as a way it “gives the nation’s most exciting writers the time and tools to develop new work for the stage. The Center’s Core Writers travel to Minneapolis from across the country to move their plays closer to production.” 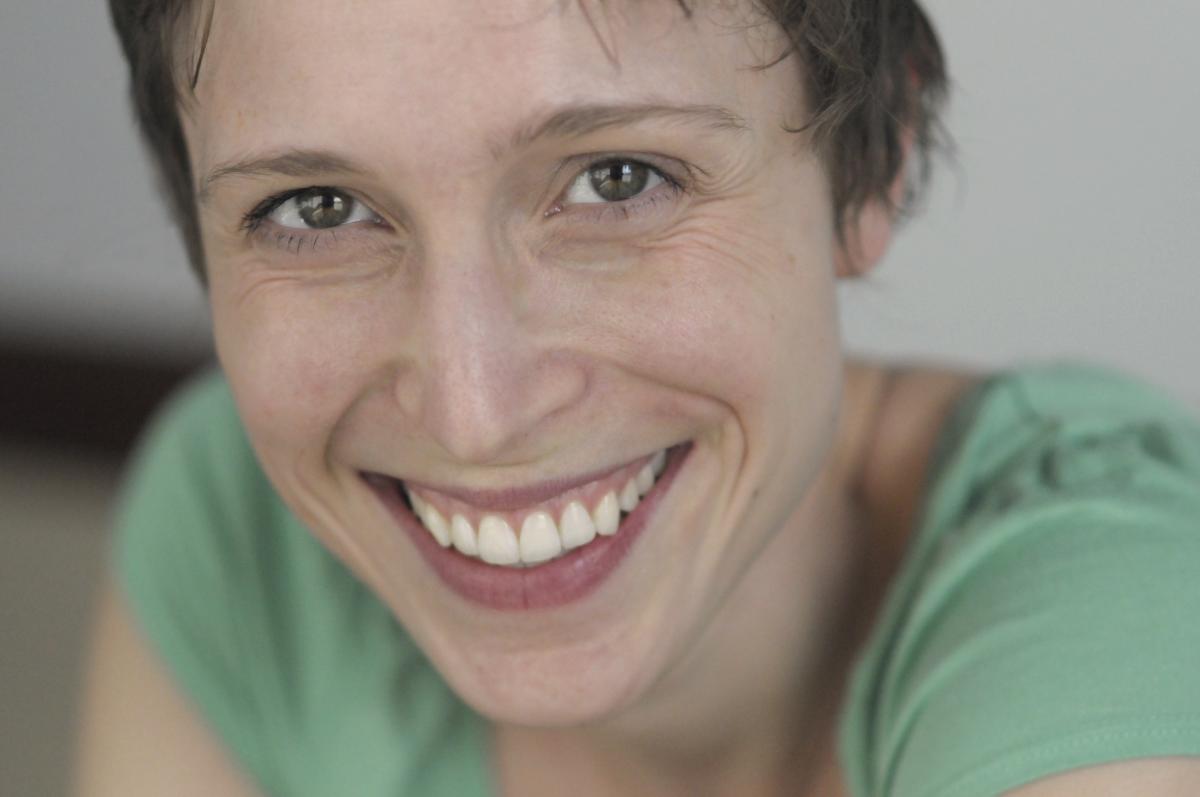 Jessica Franken, marketing manager for the Playwrights’ Center, elaborated: “These readings cap off a 20-hour workshop in which the playwright joins with other theater artists to hear the play out loud, see it on its feet, try out new scenes, integrate music or design elements, and get feedback from a variety of perspectives.” The Ruth Easton Series, which began back in December and runs a new piece each month through April, is a culminating event for the playwright and allows the public to get a glimpse into the cross-section of new work being produced through the Lab. Additionally, this is where the writer to see how an audience receives their material. Connell Davis had, for example, enclosed a written questionnaire in the program, with questions like, “Imagine it’s a week from now, and you tell someone you saw this reading. What would you tell them the play was about?” and “Were there moments when you felt yourself ‘falling out’ of the play?”

A professional cast from the Twin Cities region made this piece come to life. I never once felt I was observing a rehearsal. They embodied the characters beautifully.

Goddess of Mercy takes place in an apartment in lower Manhattan, where we see a young couple attempt to maneuver through the stresses of career and family. The website describes the play:

Kate and her boyfriend, Mike, struggle to hold it together as he tries to juggle their relationship and a transcontinental commute while she fights the condo board, tries to spice things up in the bedroom, and grows increasingly frustrated with his sister Brianna, just back from the Peace Corps and crashing on their couch. When Brianna finds out Mike’s oil company is sending him to hush up trouble in the same part of Asia she just left, their opposing views about what is right (and what is complicated) provoke an international incident that could bring tragedy to the entire family.

A line like “We don’t talk about sex with our parents–we’re from the Mid-West,” or an introductory moment when a character simply states, “Gemini. Yale. 32A.” added touches of levity. For the most part, the play tackles tragic and complicated themes such as feeling trapped in adulthood, intimacy, learning to lie, politics around terrorism, big oil’s influence, and betrayal. Forgiveness is core to the mysticism that envelops the whole play. It is a remarkable story that warrants a second or third viewing.

Hearing a play read versus seeing it fully staged was haunting. Imagination runs wild. The pace at which the piece moved intensified its impact, since we weren’t waiting for scenes to change. The actors brought their best and Connell Davis struck gold with this story—or should I say oil?

More than 1,400 playwrights are served in some manner by the Playwrights’ Center annually. Membership is affordable and extends numerous services to professional playwrights and those who are just starting out. Classes are open to members and nonmembers alike. The next in the Ruth Easton New Play Series readings will be Core Writer Gabriel Jason Dean’s new play Terminus, directed by Lucie Tiberghien, on Monday, March 3, at 7 p.m.